From Kelly Clarkson’s lips to the last seven Stanley Cup winners’ ears. What didn’t kill them made them stronger, each of those teams having faced elimination at least once on the road to a championship. Will the Islanders join those teams that have come
Author: Larry Brooks
Published: 2020-09-17 02:44 pm 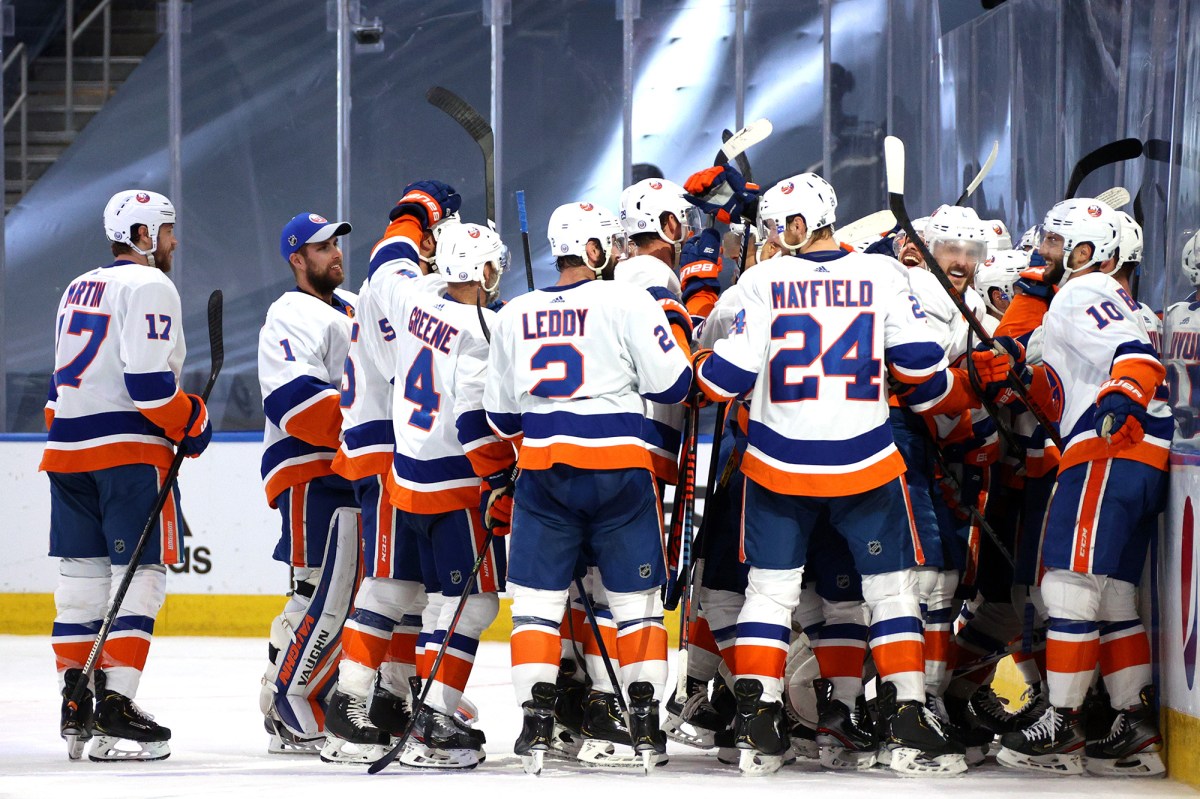 From Kelly Clarkson’s lips to the last seven Stanley Cup winners’ ears. What didn’t kill them made them stronger, each of those teams having faced elimination at least once on the road to a championship.

Will the Islanders join those teams that have come out on the other side? Jordan Eberle’s double overtime goal to win Tuesday’s Game 5 against the Lightning marked the team’s second escape act of the tournament following the second-round Game 7 shutout against the Flyers.

They would need at least two more — Thursday’s Game 6 before Saturday’s if-necessary Game 7 — in order to have the chance to join that group.

A review of the peril the last seven Cup-winners faced:

The Blues were down 3-2 to Dallas in the second round before a Game 6 victory on the road that preceded Game 7 victory in double overtime on current Lightning winger Pat Maroon’s goal. The Blues then won the Cup facing elimination in Game 7 in Boston after having lost their first attempt to clinch at home in Game 6.

The Caps trailed the Lightning 3-2 in the conference finals before Braden Holtby recorded consecutive shutouts over Tampa Bay to win Games 6 and 7.

So the Penguins, attempting to become the first team to win back-to-back titles since the Red Wings of 1997 and 1998, faced a couple of Game 7’s on their way to the parade route. They defeated the Caps in the second round after having frittered away a 3-1 series lead before ousting the Senators in the conference final on Chris Kunitz’s goal in double overtime.

The Blackhawks captured their third Cup in six seasons after overcoming a 3-2 deficit to Anaheim in the conference finals.

The granddaddy of them all. The Kings did not stave off elimination once or twice. Did not face extinction three or four times. Not even five or six. The truth is, LA spit into the wind and took the mask off the old Lone Ranger no fewer than seven times while staring at mortality. First, the Kings joined the 1942 Maple Leafs, the 1975 Islanders and the 2010 Flyers and became the fourth team in NHL history to overcome a 3-0 series deficit as they did in the first round against San Jose. Then came the second round in which the Kings trailed Anaheim 3-2 before taking Game 6 at home and then Game 7 on the road in a rout. And in the conference finals against Chicago, LA won Game 7 on an overtime goal from Alec Martinez.

Overcoming seven elimination games is the standard for Stanley Cup champions. But it is not the record for a team in a single postseason. The record would be eight, and it is held by the 1975 Islanders, who did not make it to the final, much less win the chalice.

In its third year of existence, the ‘75ers first faced elimination in Game 3 of the preliminary round against the Rangers after having split the first two matches. The Islanders raced to a 3-0 lead by the end of the second period that was erased when the Rangers scored three goals in the first 13:41 of the third period, the last two goals 14 seconds apart. The game went into overtime before J.P. Parise ended it at 11 seconds to lift the Islanders to victory in their first playoff series.

The Islanders then dropped the first three games of the next round to a reasonably decent Penguins team. Al Arbour made a little speech and the Islanders not only never lost another game in the series, they never trailed in a game for the rest of the round, winning Game 7 by 1-0 on Chico Resch’s shutout and Ed Westfall’s third period goal.

Next round, the semifinals against the defending champion Flyers, again the Islanders lost the first three of the series. Again, remarkably, they took the next three, staying alive in Game 4 on Jude Drouin’s goal in overtime before recording decisive victories in Games 5 and 6. But the Flyers ended the ride with a decisive Game 7 victory in which Gary Dornhoefer scored just 19 second into the match.

Facebook plays hardball rather than play fair with news organizations

nypost.com - 1 year ago
Facebook’s scorched-earth campaign to pressure Australia’s Parliament to back off a bill that would force tech companies to pay for content has backfired: “Delete Facebook” is trending on other social-media platforms after the company banned news — and
Read More

nypost.com - 5 months ago
For the first time in over two years, the UFC returns to Europe after a lengthy absence due to COVID restrictions. Naturally, the event will take place in the legendary O2 Arena where so many massive UFC events have taken place. This card is littered with
Read More

nypost.com - 2 years ago
A former Sardi’s server is suing the iconic Manhattan restaurant, charging she was sexually harassed during her eight-month stint there and fired in retaliation when she complained, a federal court suit alleges. The plaintiff, Yesenia Diaz, now 29, starte
Read More
More News & Articles