Soldier, 16-year-old boy both charged in killing of US Army corporal

A Fort Drum soldier and a teenage boy have been charged in the kidnapping and killing of a 20-year-old Army corporal found buried under snow in New Jersey earlier this month. Pvt. Jamaal Mellish, 23, and the 16-year-old, who wasn’t publicly identified,
Author: Tamar Lapin
Published: 2020-12-30 11:26 pm 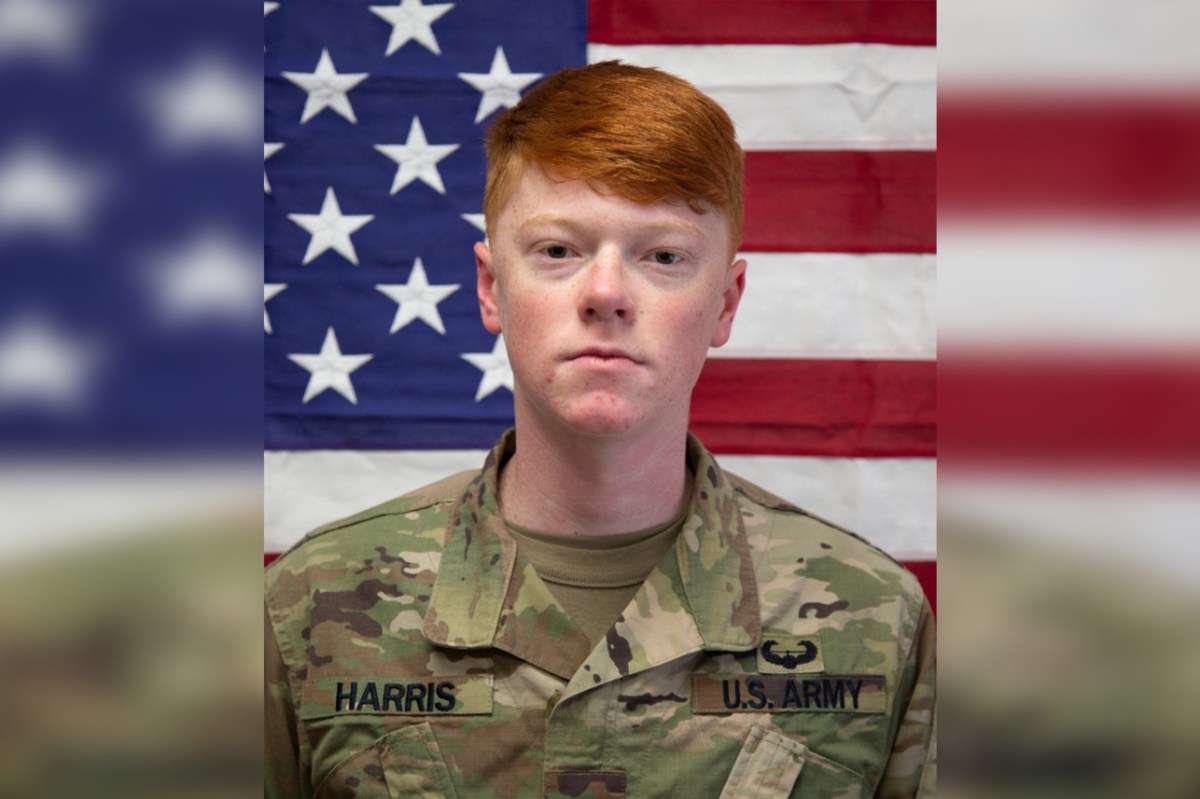 A Fort Drum soldier and a teenage boy have been charged in the kidnapping and killing of a 20-year-old Army corporal found buried under snow in New Jersey earlier this month.

Pvt. Jamaal Mellish, 23, and the 16-year-old, who wasn’t publicly identified, were hit with first-degree murder, kidnapping and weapons charges in the death of Cpl. Hayden Harris, the Sussex County Prosecutor’s Office said Monday.

Harris, of Guys, Tennessee, was reported missing from Fort Drum on Dec. 18.

A day later, firefighters in Byram Township, New Jersey, discovered his body in a wooded area after reportedly spotting blood and a pair of shoes.

The soldier had a gunshot wound to his head.

Authorities immediately arrested Mellish, of Brooklyn, who was being held in military custody in Oneida County, NY.

The teen suspect was being held in a juvenile detention facility, the prosecutor’s office said.

Known as “Opie” in his rural Tennessee hometown due to his red hair and infectious smile, Harris grew up dreaming of joining the Army, family friends have said.

He enlisted in March 2019 and had been stationed at the upstate New York base since that July.

A motive has not yet been released in the case, and the investigation is ongoing.

Prosecutors did not provide any additional information about the teen, or say how he knew the two soldiers.

Playing Super Bowl at home fields could have altered history

nypost.com - 3 months ago
What if this was the way it was every year? What if there was home-field advantage every year? (OK, at the top: Yes, if the Super Bowl were to abandon “neutral-site” games and just go the way every other sport now goes, home field to the best record, then
Read More

nypost.com - 1 month ago
The city will modify its controversial two-case COVID-19 school closure rules, Mayor de Blasio confirmed Monday — but he refused to say what the new regulations will be, or when parents will find out. Hizzoner said the city will extend to Friday an ongoin
Read More

nypost.com - 1 month ago
Republican senators are demanding answers from the US Secret Service, the FBI and the ATF after reports this week about a 2018 incident involving a gun belonging to first son Hunter Biden. The Secret Service publicly denied taking any role in attempting t
Read More

nypost.com - 7 months ago
Authorities stopped an alleged gunman from fleeing the country after shooting up an illegal social club in the Bronx, leaving one dead and two injured, The Post has learned. The alleged triggerman, whose name was not immediately known, was picked up at an
Read More
More News & Articles