In call with Senate Democrats, Biden vows aggressive campaign schedule and promises not to take election for granted

Former Vice President Joe Biden reassured Senate Democrats he would mount a vigorous effort in the campaign's final stretch, barnstorming through key swing states and helping crucial Senate races in the process, according to Democratic senators on a
Author:
Published: 2020-09-17 03:45 pm 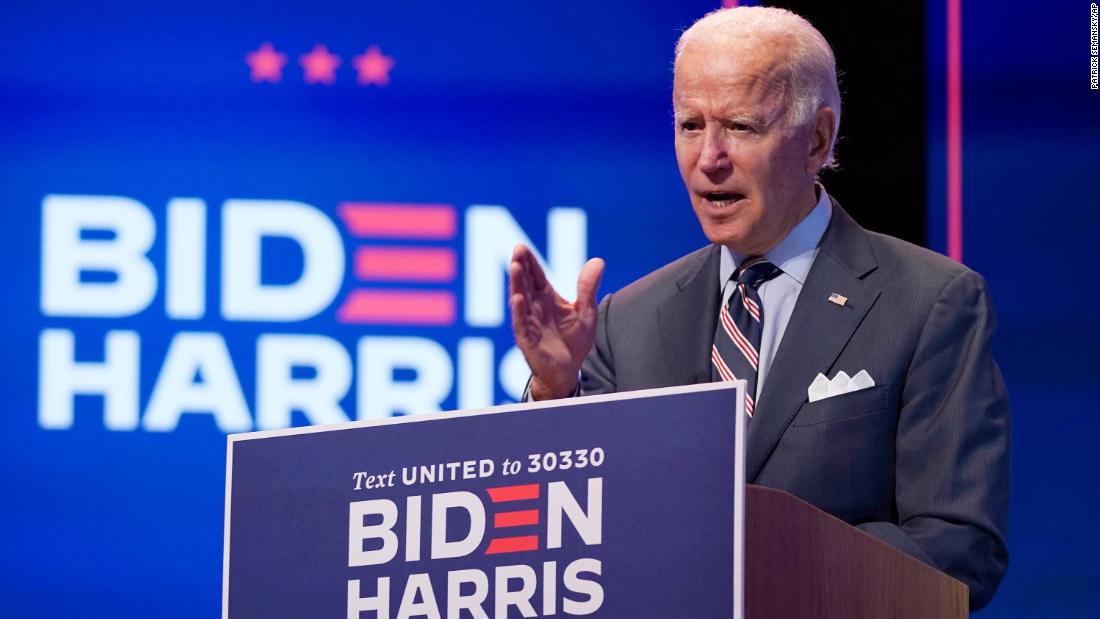 (CNN)Former Vice President Joe Biden reassured Senate Democrats he would mount a vigorous effort in the campaign's final stretch, barnstorming through key swing states and helping crucial Senate races in the process, according to Democratic senators on a conference call Thursday.

Biden, speaking for roughly 25 minutes and taking a few questions, said repeatedly he was not finding comfort in polls showing him ahead of President Donald Trump.

Sen. Chris Coons of Delaware, who occupies Biden's old Senate seat, said the party's presidential nominee spoke about how "optimistic he is about the election but he must have said his three times, 'I take nothing for granted. I know the polls look OK right now but I'm working tirelessly,' " pointing out that he was just in Florida and would soon head to other key battlegrounds. Coons said that Biden reiterated "the core themes of the campaign, fighting for the soul of the country."

"I think he's going to be traveling more," said Sen. Jack Reed, a Rhode Island Democrat. "I think the message was how they're organizing to win and how they're taking nothing for granted."

Sen. Tom Carper of Delaware also said Biden's message was that the race was far from over, but he thanked his Senate colleagues for their support. Carper said Biden made it clear that everyone needed to run through the tape to Election Day.

Sen. Tim Kaine of Virginia said that Biden was "paying attention to the Senate races," too, in the battle for control of the chamber. Democrats need a net gain of three seats to win a majority if they also win the White House, since the vice president breaks ties in the Senate, or four if they lose the presidency.

"I think he's going to be very vigorous in the last stretch of the campaign," Kaine, the 2016 Democratic vice presidential nominee, said after the call.

Sen. Gary Peters, a Michigan Democrat, said Biden had an "incredible amount of energy" on the call. Peters, who's one of just two Democrats running for reelection this year in Trump states, said there was "no question" Biden would help his race in Michigan as well.

Sen. Joe Manchin of West Virginia said Biden's schedule is "packed" in the final weeks -- and that the nominee said that money is "pouring" into the race.

Lauren Fox contributed to this report.

Austin OKs request for nearly 2,300 National Guard to stay at US Capitol through late May

www.cnn.com - 3 months ago
Defense Secretary Lloyd Austin approved the request of the US Capitol Police to keep nearly 2,300 National Guard troops to support security efforts around the Capitol through May 23, the Defense Department said in a statement Tuesday evening.
Read More

www.cnn.com - 5 years ago
Senate Minority Leader Harry Reid condemns President-elect Donald Trump's appointment of Steve Bannon as chief strategist during his opening statement as the Senate convenes for the first time since the election.
Read More

50 heartfelt gifts to give your loved ones this Valentine's Day