It’s a New Year in the Garden, Too: Time for Some Resolutions

In advance of the growing season, it’s helpful for gardeners to acknowledge what went wrong in the previous year, and figure out what to do instead.
Author: Margaret Roach
Published: 2021-01-06 06:00 am 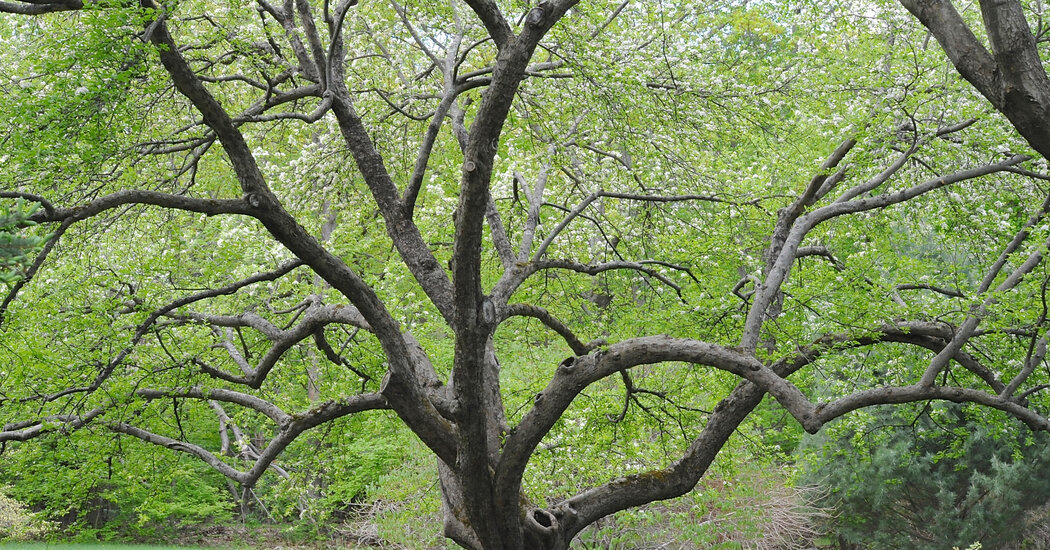 A beloved small tree died last year and, once again, the garden-as-Buddha offered the same message it always does when delivering a loss: “Let it go.”

The red buckeye (Aesculus pavia) had come by mail from across the country decades ago, a tiny whip of a thing, its root system confined to a cardboard tube no bigger than the one inside a roll of paper towels. My baby tree.

We had been happy together, or so I thought. And then, apparently, one of us wasn’t. It was early in the year, and so its demise marked the official start to the inevitable list of regrets a gardener harvests — one by unfortunate one — as they are dealt every season.

I tried to muster all the conventional-wisdom responses, adopting my perkiest voice and proclaiming, “Room for something new!” But against the 2020 backdrop of unbearable impermanence in everything, the little tree’s hole felt too big to fill.

Still, I will try. And so begins the annual exercise of making a garden resolutions list, with “replace the red buckeye” at the top.

The next entries on my “what went wrong, and what to do instead” list sound oddly familiar: to work (yet again) on eradicating a ground cover planted years ago that turned out to be a thug; to reclaim overgrown pathways; and to take a firm hand to the beds that have grown misshapen.

I vow to tackle these issues in the growing season ahead. But for now, while the garden alternates between uninviting bouts of ice and muck, I will simply give voice to the casualties, to my shortcomings and to possible remedies — and yes, to remind myself of what went right.

We spend the first years of garden-making waiting for things to grow in, and the following ones pushing them back when they have overdone it.

It is easier to keep turning a blind eye as certain plants pursue a doctrine of Manifest Destiny than it is to be the enforcer. But I have looked away long enough.

Many long-popular garden perennials considered to be ground covers are nonnatives. They promised to be helpers — to tie together our gardens and simplify maintenance, with less weeding and rarely any mulch required — but they’ve gone rogue.

Miles of real estate have been consumed by culprits like vinca, Japanese pachysandra and English ivy. These plants are still available to buy, although they’re now listed as noxious weeds or invasives in a growing number of states, where they have romped into natural woodlands, choking out native vegetation. (The ivy, Hedera helix, is capable of climbing and strangling large trees.)

Even if they merely run across our backyards, a ground cover like this has little to offer pollinators and other beneficial insects. Let it go? In this instance, happily.

My particular villain is variegated yellow archangel (Lamium galeobdolon or Lamiastrum galeobdolon), a European and West Asian native. My plan: to replace it with native ferns or other perennials like wild ginger (Asarum canadense) or foamflower (Tiarella cordifolia).

But first, the unplanting. My herbicide-free approach is to dig, and dig, and dig again — to loosen moistened soil, then crawl around teasing out roots, allowing time between attacks for left-behind bits to re-sprout. And they do, lustily. I estimate that I’ll need to make three or four passes in each area — in the spring, fall, the following spring and maybe the following fall — before replanting can begin.

A caveat: Disposal of the remains is no easy task, particularly with stoloniferous plants like the Lamium, or those that are rhizomatous. They would survive my passive compost pile to root again. They must go to a burn pile, or at least be heaped up on a tarp in a sunny spot they can’t root into, like the driveway, then covered securely with a second tarp and cooked to death — a bit like the process of solarizing for chemical-free weed control when you’re making a new garden bed.

Before adding any of these invasives to your household trash or curbside yard waste, do the research: Some municipalities may have specific rules about disposing of such materials.

My ambitious ground-cover campaign necessitates its own corollary resolution. As with every other large-scale garden task, I am subject to being overwhelmed by the scope, even to the point of paralysis. Yes, I will recruit some help — but still.

There are swaths of the unwanted ground cover in several areas, but my best chance of success is to focus on one spot at a time. Only when the first area has been tackled and is nearly ready for planting will I start on the next.

Most years, no formal resolution is necessary to convince me to edge the beds. There is satisfaction in cleaning up the lines between turf and plantings that grow fuzzy by season’s end. Edging, like weeding and mowing, offers tangible signs of progress, of mission accomplished (unlike many other parts of life).

Almost imperceptibly, though, this essential annual chore backfires over time, as a mere smidgen of lawn removed with each pass of the step-on edging tool — and then another and another, in spring after spring — results in bigger beds and, in other spots, narrower pathways, and a loss of proportion. Time to beat back the escaped bed inhabitants, and get out the grass seed.

Before committing to redrawing the lines, however, there is one essential step: Go back inside and look out the window. That’s the perspective I’ll be appreciating the restored proportions from afterward, and quite a different vantage point than standing alongside a bed.

I found a new red buckeye that’s bigger than the one I started with all those years ago, although hardly full-grown. But even if all I had found was a rooted cutting, I’d be following the resolution suggested last year by a friend who was lamenting his own lost tree and craving a quick fix, as I am now.

An image from many years earlier reminded him of the wisdom of resisting that impulse. He had visited the home of a wealthy philanthropist who was about 75 years old, a patron of various botanical gardens. She was planting magnolia whips — unbranched rooted cuttings — despite the protests of those who questioned her thinking, suggesting that she could well afford a more instantly gratifying solution.

Her long view paid off, and well into her 90s, the story goes, she enjoyed sitting on a bench in the shade of those trees. The lesson is one that I’m adopting in 2021, along with my replacement baby tree: Plant it anyway, and watch it grow.

Some promises I have made to myself for the year ahead are “to buy” rather than “to do” — to order seed early, for example, after being shut out on some varieties in 2020’s mad rush.

I miss my old cold frame, for extending the vegetable-growing season, so replacing it makes the list, too.

There will be new grow lights for seed starting, specifically more efficient LEDs. The good news: The reflective hood that held my older T5 high-output (or T5 HO) fluorescent tubes can be retrofitted with the LED bulbs, so I don’t need to replace everything.

I am grateful for the quiet, gas- and oil-free operation of my lithium-ion battery-powered mower, and the minimal maintenance it requires, beyond changing the occasional dull blade. But a single charge doesn’t quite cover an entire moving, so there’s another item on my list: “Order spare battery.”

The garden taketh away, and giveth, too. Yes, the buckeye died, but there were abundant greens and beans for all the vegetable soup I made and froze. And the ancient apple trees I inherited — estimated by one local expert to be well over 125 years old — were generous in spite of their age. So there is a year’s stash of Mason jars of their puréed pink goodness in the freezer, too.

Most of all, in the plus column: The garden was there as companion and refuge, day in and out, steadfastly unfazed by the headlines, unrattled by the occasional lost plant.

How to Decorate Your New HomeBefore You Move

www.nytimes.com - 1 month ago
Measuring, design and shopping tools built into smartphone apps can help you get your next house in order.
Read More

www.nytimes.com - 3 months ago
The president is about to discover how years of sanctions fatigue — exacerbated in the Trump administration — and a decline in American influence may make it difficult to deliver on his promises.
Read More

Who Gets Hurt When the World Stops Using Cash

www.nytimes.com - 7 months ago
Some people don’t have credit or debit cards, so a growing number of state and local governments are requiring businesses to accept cash.
Read More

Cherry blossom viewing in Japan is curtailed for a second year.