US loses 140,000 jobs in December amid new COVID lockdowns

The US economy lost jobs for the first time in eight months in December as a deadly surge in coronavirus infections sparked a new wave of lockdown measures. Employers shed 140,000 jobs last month while the unemployment rate remained steady at 6.7 percent,
Author: Noah Manskar
Published: 2021-01-08 08:54 am 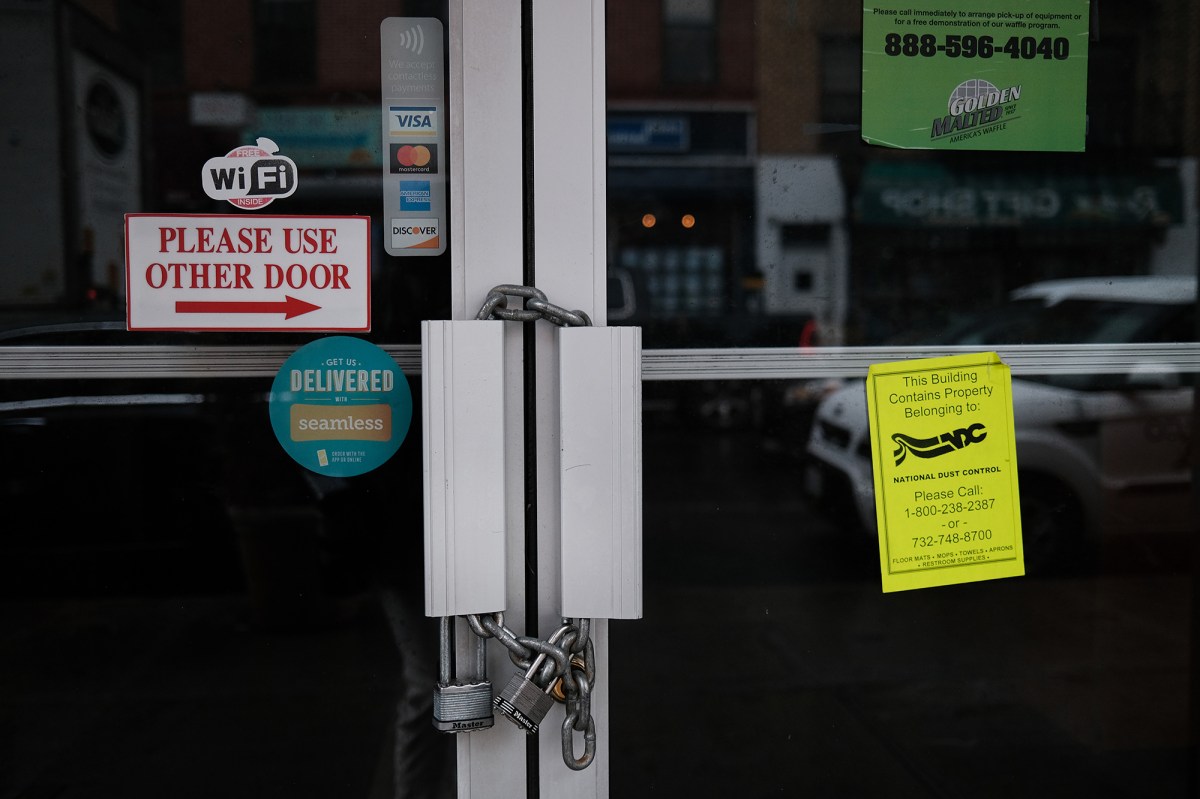 The US economy lost jobs for the first time in eight months in December as a deadly surge in coronavirus infections sparked a new wave of lockdown measures.

The closely watched jobs report was the most grim since April, when unemployment soared to a record 14.7 percent as the COVID-19 pandemic first rattled America. Economists were expecting an addition of 77,000 jobs, which would have been less than a quarter of November’s revised total of 336,000.

The losses came as several states imposed new restrictions to curb a record-setting spike in coronavirus cases, such as mask mandates, bans on indoor dining and limits on public and private gatherings.

Vaccines could help the economy return to normal once they’re distributed across the country — but in the meantime, millions of Americans are relying on unemployment benefits and hundreds of thousands are seeking jobless aid every week.

“A bumpy ride remains for at least the next few months before the economy reopens,” said Mark Hamrick, senior economic analyst at Bankrate. “Because the pandemic is the cause of the economy’s troubles, we’re dependent on more rapid administration of COVID-19 vaccines.”

(image)
People walk by a closed restaurant in Rockefeller Center, in Manhattan.

December marked the first month of job losses since April as local, state and federal officials struggled to control the pandemic. The economy started adding jobs in May but growth had slowed down in each month since June, when nonfarm payrolls added 4.8 million gigs.

The $900 billion stimulus package Congress passed last month could take some pressure of the economy as COVID-19 continues to kill thousands of Americans a day.

The bill President Trump signed last week will send a $600 check to millions of eligible taxpayers and give jobless workers an extra $300 in weekly unemployment benefits.

nypost.com - 6 months ago
Chief Justice John Roberts will administer the judicial oath to newly confirmed Justice Amy Coney Barrett in a private ceremony Tuesday morning at the Supreme Court. “Upon administration of that oath, she will be able to begin to participate in the work o
Read More

nypost.com - 6 months ago
A longtime aide to New York State Assemblyman Peter Abbate, Jr. was arrested over the weekend for allegedly sexually assaulting an 18-year-old woman, police and a legislative source said Sunday. Joseph Brady — who is the Brooklyn Democrat’s legislative
Read More

nypost.com - 9 months ago
Henrik Lundqvist will not be unseated from his playoff throne just yet. It was Lundqvist, not Igor Shesterkin, who led the Rangers onto the ice for warmups ahead of Saturday’s Game 1 against the Hurricanes in the Stanley Cup qualifiers at Scotiabank Arena
Read More

nypost.com - 3 months ago
KILLINGWORTH, Conn. — A pelican that got blown off course and was rescued in chilly Connecticut has been flown to Florida, where he is recovering from pneumonia and frostbite. The brown pelican, nicknamed Arvy, was rescued from the icy Connecticut River o
Read More
More News & Articles