Republican US Rep. Mary Miller of Illinois issued an apology Friday after invoking Adolf Hitler during a speech earlier in the week -- comments that have been widely condemned and have some Illinois Democrats calling for her resignation.
Author:
Published: 2021-01-09 03:47 pm 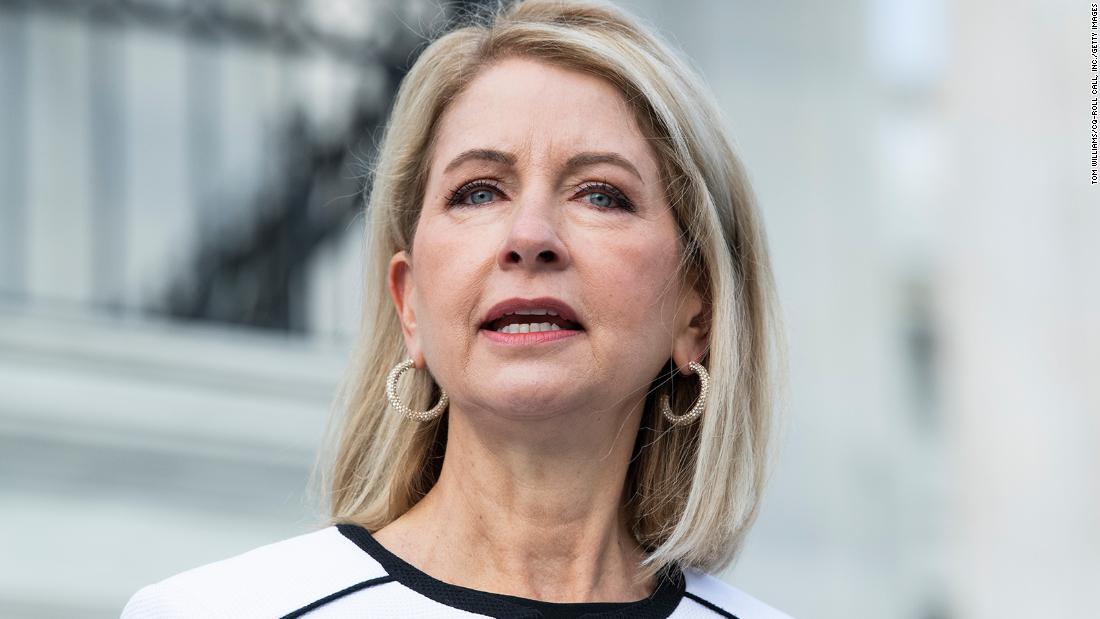 (CNN)Republican US Rep. Mary Miller of Illinois issued an apology Friday after invoking Adolf Hitler during a speech earlier in the week -- comments that have been widely condemned and have some Illinois Democrats calling for her resignation.

"I sincerely apologize for any harm my words caused," the freshman congresswoman said in a statement Friday. "And regret using a reference to one of the most evil dictators in history to illustrate the dangers that outside influences can have on our youth."

Miller had referenced Hitler during a "Save the Republic" rally Tuesday in Washington, DC, organized by the conservative group Moms for America. Her appearance at the rally came as protesters were gathering in Washington in support of President Donald Trump. The following day, a mob violently stormed the US Capitol as members of Congress counted the electoral votes to affirm President-elect Joe Biden's win over Trump.

"Each generation has the responsibility to teach and train the next generation. You know if we win a few elections, we're still going to be losing unless we win the hearts and minds of our children. This is the battle. Hitler was right on one thing. He said, 'Whoever has the youth has the future.' Our children are being propagandized," Miller had said, appearing to read from prepared remarks.

Illinois Gov. J.B. Pritzker, a Democrat who is also Jewish, told reporters Wednesday that Miller's comments are "disgusting" and "reprehensible." He suggested Miller visit the Illinois Holocaust Museum and Education Center "to learn just how wrong Hitler was."

The US Holocaust Memorial Museum said in a statement that it "unequivocally condemns any leader trying to advance a position by claiming Adolf Hitler was 'right,' " while Jonathan Greenblatt, the CEO of the Anti-Defamation League, said that invoking Hitler's name "in this or any other context is wildly offensive" and "disrespects the millions who perished due to the Nazis' hateful, genocidal regime."

Congressional Democrats from Miller's home state called on the lawmaker, who had been sworn in just days before her controversial remarks, to resign from her seat in the House.

"It is absolutely repugnant, obscene and unacceptable for any American -- let alone a supposed 'leader' serving in Congress -- to claim Adolf Hitler was right about anything," Sen. Tammy Duckworth said in a statement Thursday, adding that Miller's comments are "disqualifying for an American elected official."

Rep. Jan Schakowsky, a member of House leadership and a Jewish congresswoman, joined Duckworth's call, having led a group of House Democrats the day before in condemning Miller's comments as "repugnant" and demanding she apologize.

Democratic Reps. Robin Kelly, Sean Casten and Marie Newman are among those who have called for Miller to step down from office.

Facing the blowback, Miller claimed in her Friday statement that "some are trying to intentionally twist my words into something antithetical to my beliefs" and said she is "passionately pro-Israel" and "will always be a strong advocate and ally of the Jewish community." That statement had followed a tweet from her office that said the congresswoman's statement was "a denunciation of evil dictators' efforts to re-educate young people and similar efforts by left-wing radicals in our country today."

CNN has reached out to Miller's office for additional comment.

In a statement posted on Facebook, Moms for America said that Miller's statement is being "taken out of context and used as a weapon against her." They reiterated their support for Miller and that they stand by her statements and encouraged people to listen to Miller's entire speech.

www.cnn.com - 1 year ago
• Moderna's vaccine is the most effective, but Pfizer and J&J also protect well, CDC-led study says • Mississippi says Covid deaths in pregnant women are rising -- and it's pleading with them to get vaccinated
Read More

Alive with 13,000 'floating' orchids, this is a garden like no other

www.cnn.com - 1 year ago
Patience. Understanding. Tranquility. This is what Tokyo-based "ultra-technologists" teamLab wants visitors to experience when they enter its new artwork, entitled "Floating Flower Garden; Flowers and I are of the Same Root, the Garden and I are One."
Read More

First look inside the Ebola ward