The battle between two of the top defensive backs in the NFL continued Saturday, with the Seahawks Jamal Adams taking a shot at the Rams and their star cornerback, Jalen Ramsey, after Los Angeles was knocked out of the postseason. “See y’all in Cabo!”
Author: Dan Martin
Published: 2021-01-17 02:02 pm 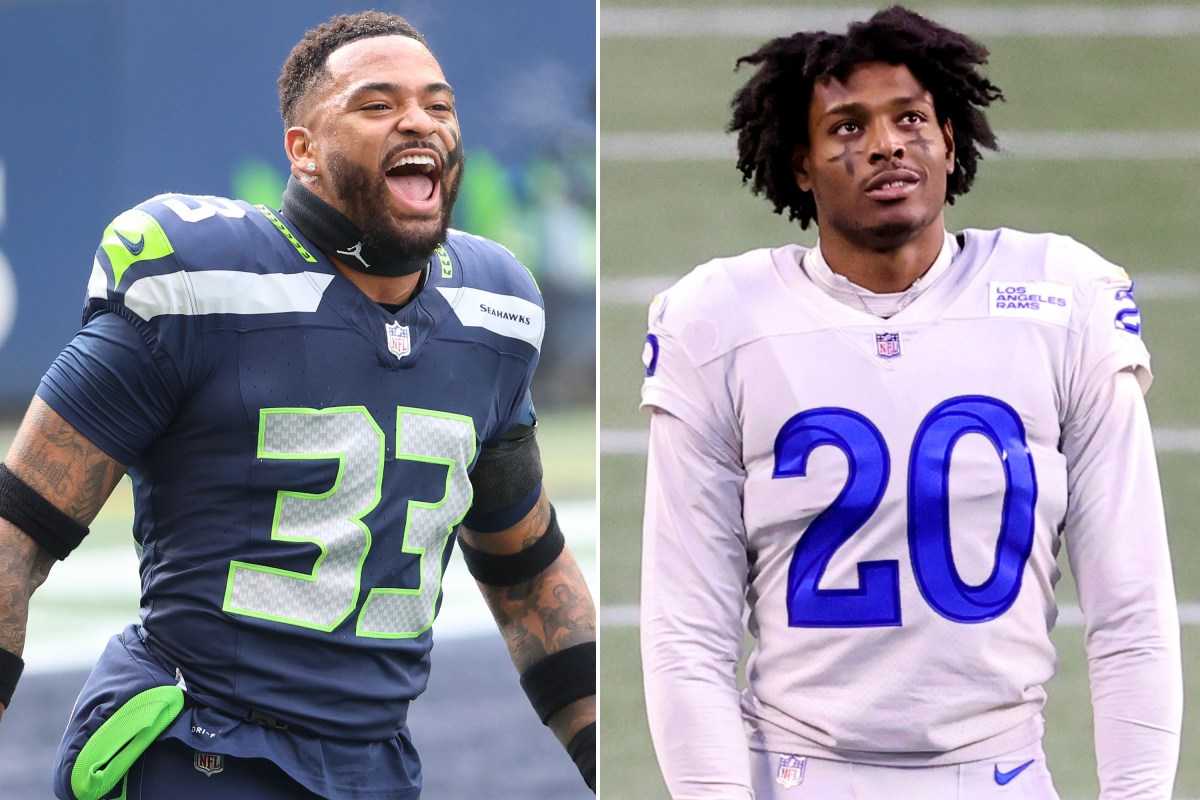 The battle between two of the top defensive backs in the NFL continued Saturday, with the Seahawks Jamal Adams taking a shot at the Rams and their star cornerback, Jalen Ramsey, after Los Angeles was knocked out of the postseason.

“See y’all in Cabo!” Adams wrote of the Rams on Twitter following Los Angeles’ loss to the Packers Saturday night. “[And] make sure y’all bring your own damn cigars too!”

The war of words began in the wake of Seattle’s Week 16 victory over the Rams that secured the division title for the Seahawks.

Adams, the former Jet who forced his way out of New York last summer, lit a celebratory cigar during his postgame press conference.

Ramsey and Los Angeles got their revenge in the wild-card game between the two teams, when the Rams defeated Seattle — despite Adams knocking out Rams quarterback John Wolford with a blow to the head.

At the end of that game, Ramsey was on the sideline and said to an NFL Films camera, “They can take their hats and T-shirts to Cabo. They can keep their little hat and T-shirt. They can go to Cabo for the rest of the offseason.”

That comment clearly stuck with Adams, who waited for the Rams to lose to Green Bay on Saturday to respond.

Now, both of them can head to Cabo.

nypost.com - 2 weeks ago
Mystics champion Elena Delle Donne is ready to suit up after undergoing back surgery in December — her second procedure in the span of a year.
Read More

Who is ‘The Bachelor’s’ ‘Queen’ Victoria Larson?

nypost.com - 4 months ago
Bow down bach-es! Crowned the break-out bad girl of “The Bachelor” season 25, “Queen” Victoria Larson is throwing poison-apple shade in the battle royale for “king” Matt James. Since making her grand entrance by being carried in on a throne at the top of
Read More

nypost.com - 2 months ago
Italy, France and Germany on Monday joined the list of countries temporarily suspending their use of the AstraZeneca COVID-19 vaccine amid reports of blood clots in some recipients — as a top US official predicted the shot could be approved for use in the
Read More

nypost.com - 2 months ago
Russian intelligence agencies have been sharing false and misleading information to undermine confidence in COVID-19 vaccines from Pfizer and other drugmakers, a report said Sunday. Four online publications that spread disinformation about vaccines have
Read More
More News & Articles