President-elect Joe Biden’s inauguration office on Monday announced the line-up for his “virtual” parade, including a role for comedian Jon Stewart. The online event on Wednesday will be emceed by Tony Goldwyn, an actor best known as the voice of Tarzan i
Author: Steven Nelson
Published: 2021-01-18 12:31 pm 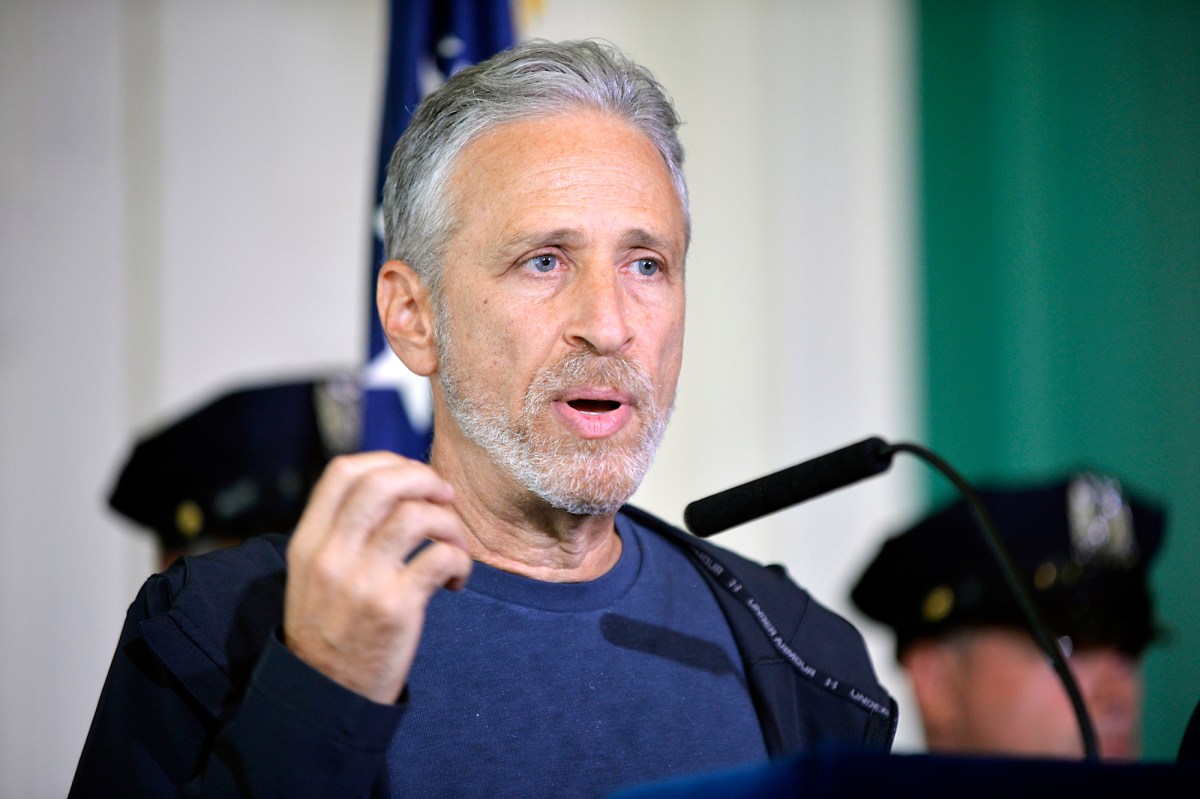 President-elect Joe Biden’s inauguration office on Monday announced the lineup for his “virtual” parade, including a role for comedian Jon Stewart.

The online event Wednesday will be emceed by Tony Goldwyn, an actor best known as the voice of Tarzan in the 1999 animated film.

The parade will “feature diverse, dynamic performances in communities in all 56 states and territories, celebrate America’s heroes, and highlight the diversity, heritage, and resilience of the country,” the inauguration team said in a release.

The lineup includes the New Radicals, a briefly active late-’90s alternative rock group mostly known for the single “You Get What You Give.”

The virtual parade starts at 3:15 p.m. Eastern after Biden is sworn in as president around noon. Many state performers are high school or college bands.

Stewart, who left his role as host of Comedy Central’s “The Daily Show” in 2015, when Biden was vice president, is easily the best-known personality announced for the digital festivities.

A “feel-good skateboarder” named DoggFace and a Portland physician known as the “TikTok Doc” also will make appearances, according to the virtual parade announcement.

More A-listers will be found on the steps of the Capitol. Lady Gaga will sing the national anthem and Jennifer Lopez will perform as Biden takes office.

After Biden takes the oath, he will join his motorcade for a roughly one-mile trip up Pennsylvania Avenue to the White House.

Typically, thousands of people line the avenue to cheer for or protest the new president. But this year, only pre-approved celebrants cleared by the Secret Service are allowed. The general public, including probable protesters, are not.

The public also is banned from the National Mall.

Biden discouraged supporters from traveling to DC for the inauguration due to the COVID-19 pandemic. This month’s Capitol riot staged by President Trump’s disappointed supporters contributed to heightened restrictions on public participation.

Biden and Vice President Kamala Harris will have some semblance of a parade for the final one-block stretch to 1600 Pennsylvania Ave. Student drummers from their alma maters — the University of Delaware and Howard University — will meet the new president and vice president.

nypost.com - 4 weeks ago
A Florida pizzaman allegedly swiped a puppy while dropping off a Grubhub order at a customer’s home, authorities said. Arlinson Chilito, 22, was busted on suspicion of grand theft for allegedly taking a 10-month-old teacup poodle named Lexi from a
Read More

nypost.com - 4 months ago
For the first time in more than two years, more money is flowing into hedge funds than is being pulled out of them as smart-money investors look to protect themselves from growing uncertainty around the world. The third quarter of 2020 saw net inflows of
Read More

Mike Pompeo: Clinton emails could be released before election

nypost.com - 5 months ago
WASHINGTON — Secretary of State Mike Pompeo on Friday said his agency was working as fast as it could to release Hillary Clinton’s missing emails after President Trump lashed his cabinet member for not making them public. In an interview on Fox News’ “The
Read More

nypost.com - 5 months ago
Bad blood doesn’t stay in the regular season. It rose back up Tuesday between the Braves and Marlins in Game 1 of the NLDS, when Ronald Acuña was plunked by Sandy Alcantara in his first at-bat since crushing a home run and adding a bat flip. After taking
Read More
More News & Articles