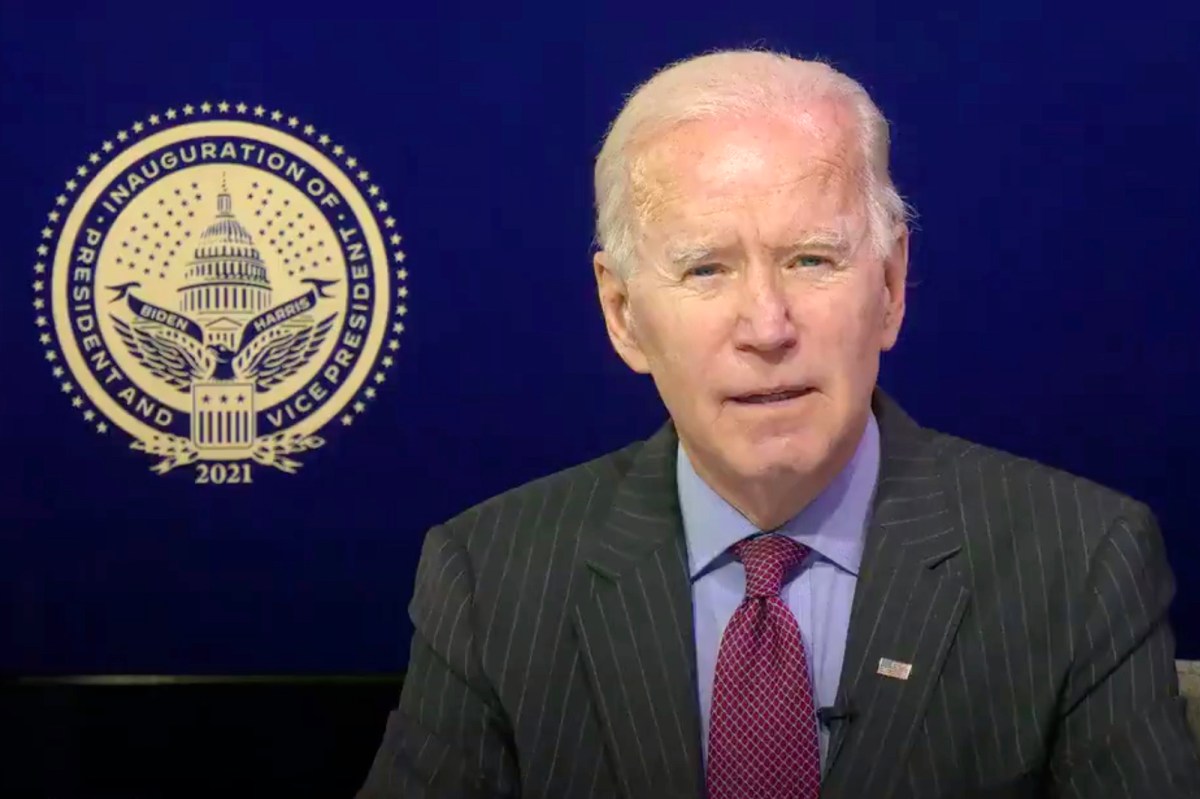 Biden, joined by incoming first lady Jill Biden, will pack boxes at Philabundance, a food bank in South Philadelphia, in the later morning hours before meeting with his transition team.

The boxes of food will be distributed in Philadelphia and Delaware County, which sits in between Biden’s home of Wilmington, Del., and the City of Brotherly Love.

In a video posted Sunday evening to his Twitter, Biden encouraged others to join him in volunteering Monday as part of the National Day of Service, both virtually and in person.

Calling service “a fitting way to start to heal,” the incoming president encouraged Americans to take whatever actions they could to help others, such as paying for a virtual shopping cart at a food pantry or donating clothes to a homeless shelter.

“Dr. King once said, ‘Everyone can be great because everyone can serve.’ It’s one of his many lessons that endures today, and that we’ve seen throughout this pandemic,” Biden said at the start of the video.

The Biden transition team is also offering a list of virtual events on its website for people to take part in.

“President-elect Biden and Vice President-elect Harris are empathetic leaders who know the crisis millions of American families are facing. And like Dr. King, they know that we must have a shared commitment — in word and in deed — to bring the nation together in service to others,” Biden inaugural CEO Tony Allen said in a statement.

Like Biden, President Barack Obama was also a proponent of Americans taking part in the National Day of Service, participating in it himself every year of his presidency and before both of his inaugurations.

Vice President-elect Kamala Harris and her husband, Doug Emhoff, will volunteer to honor the holiday in Washington, DC, where she has been largely based since her and Biden’s electoral victory.

She will also meet with transition advisers in the afternoon.

nypost.com - 4 months ago
For most of the 37 years in which he owned the Yankees, a quote George Steinbrenner issued on the day he officially put together a group to purchase his baseball team alternately haunted him and caused gales of laughter in his wake because of the supreme
Read More

Chirlane McCray decides not to run for Brooklyn borough president

nypost.com - 4 months ago
First lady Chirlane McCray will not be Brooklyn’s next borough president. McCray, the wife of Mayor Bill de Blasio, announced her decision not to run for the position on Thursday night. “It was a difficult decision. I thought about running for Brooklyn
Read More

nypost.com - 5 months ago
Hasidic Jewish revelers flouted coronavirus precautions as they packed Brooklyn streets late Monday to celebrate the holiday of Sukkot, ignoring NYPD efforts to maintain control amid a resurgence of the disease and a new wave of shutdowns. Social-media
Read More
More News & Articles