The New York Mets have fired general manager Jared Porter after he reportedly sent explicit pictures to a female reporter in 2016.
Author:
Published: 2021-01-19 09:06 am 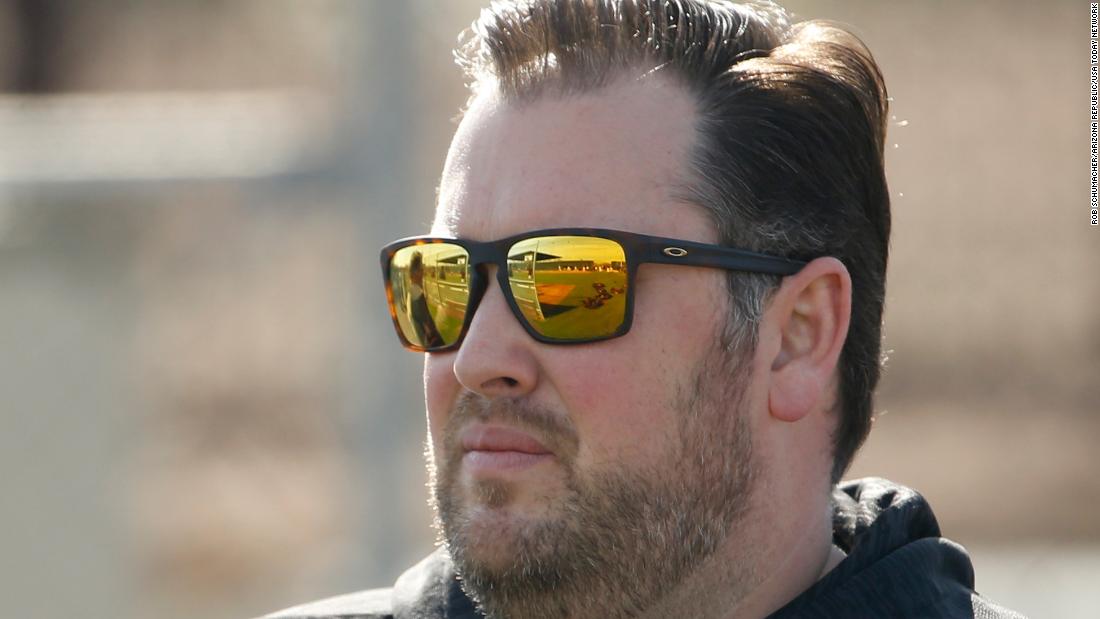 ESPN reported that Porter sent unsolicited, explicit texts and photos "culminating with a picture of an erect, naked penis" to the female reporter when he worked for the Chicago Cubs as the team's Director of Professional Scouting and Special Assistant.

Mets owner Steven Cohen tweeted Tuesday morning: "We have terminated Jared Porter this morning. In my initial press conference I spoke about the importance of integrity and I meant it. There should be zero tolerance for this type of behavior."

According to ESPN, Porter allegedly sent 62 texts, including seven photos to the reporter that weren't answered.

ESPN said it obtained the messages and images in December 2017 and interviewed the reporter but chose not to report the allegations at the time after the woman said her career would be harmed if the story was released.

ESPN contacted Porter on Monday evening and he reportedly acknowledged texting with the woman. ESPN reports he initially said he had not sent any pictures of himself, but when the network confronted him about how the text messaging shows he had sent pictures, Porter reportedly told ESPN: "The more explicit ones are not of me. Those are like, kinda like joke-stock images."

According to ESPN, Porter apologized to the woman in 2016 by text after she reportedly told him that his messages were "extremely inappropriate, very offensive, and getting out of line."

edition.cnn.com - 4 months ago
Four-time swimming world champion Daiya Seto has vowed to "start over" after being suspended from the sport for having an extramarital affair.
Read More

Surfing world pays tribute to champion who died at 51

edition.cnn.com - 3 months ago
The world of surfing is mourning the death of John Shimooka at the age of 51.
Read More

Meghan Duggan, captain of the Olympic-winning US women's hockey team, to retire

edition.cnn.com - 4 months ago
Meghan Duggan, a captain on the US women's hockey team that captured gold in the 2018 Olympics, is retiring.
Read More

edition.cnn.com - 5 months ago
Due to the ongoing coronavirus pandemic, many stadiums in the NFL are empty or at limited capacity this year, and players have been unable to rely on the crowd to give them the same energy and support they have received in previous seasons.
Read More
More News & Articles