Who is ‘The Bachelor’s’ ‘Queen’ Victoria Larson?

Bow down bach-es! Crowned the break-out bad girl of “The Bachelor” season 25, “Queen” Victoria Larson is throwing poison-apple shade in the battle royale for “king” Matt James. Since making her grand entrance by being carried in on a throne at the top of
Author: Asia Grace
Published: 2021-01-19 05:19 pm 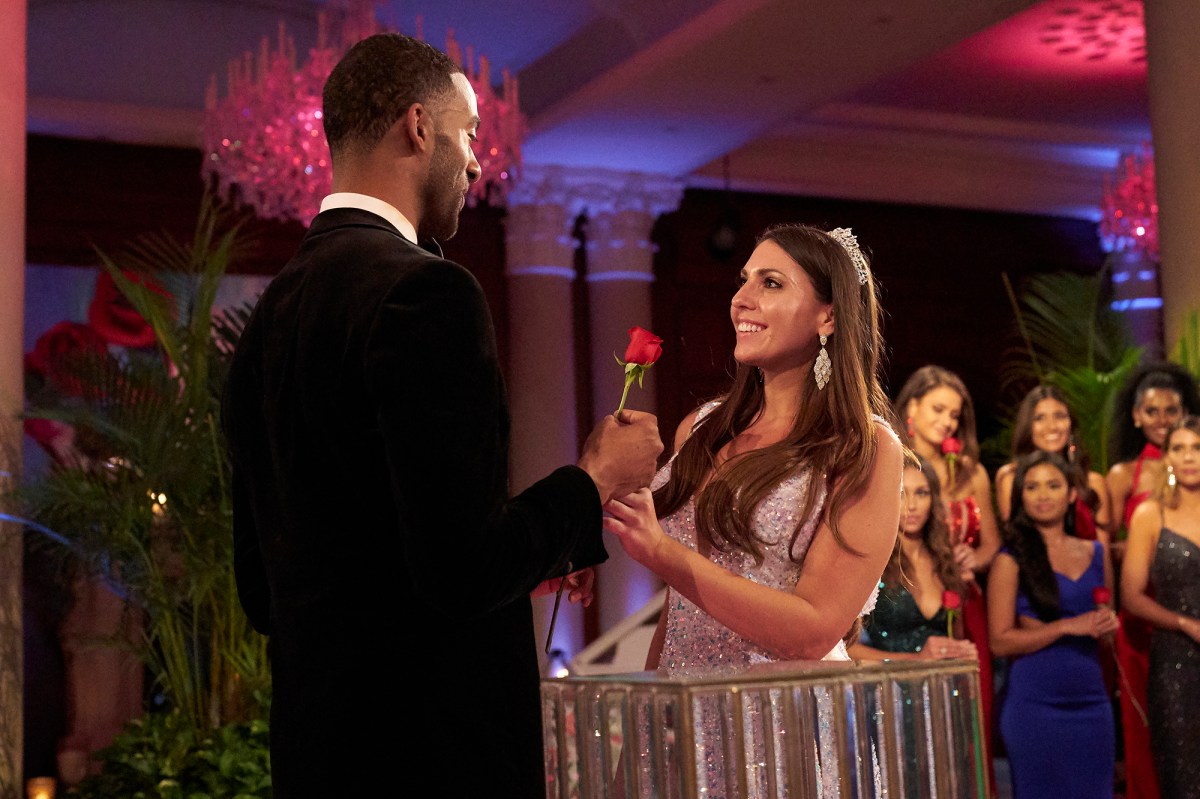 Crowned the breakout bad girl of “The Bachelor” Season 25 and a self-named “queen,” Victoria Larson is throwing poison-apple shade in the battle royale for “king” Matt James.

Since making her grand entrance by being carried in on a throne at the top of the season, Queen Victoria, 28, has been killing her competitors with crazy confidence, an unsheathed tongue and wicked wild quips.

“Sometimes you just have to let a bitch go,” the incensed LA-based entrepreneur spat Monday ahead of ex-contestant Sarah Trott’s Episode 3 exit.

Though Victoria’s messy-mouthed monarchy hasn’t won her many friends on the show — or any fans on Twitter— Matt offered her a rose Monday night while bidding farewell to Sarah, Alana, Illeana, Kristin, Sydney and the mean queen’s arch nemesis, Marylynn.

This week’s petals aside, word on the Bachelor Nation curb is that Queen Victoria will not be one of the last woman warriors duking it out for Matt’s heart.

Reality Steve, a TV blogger known for his on-point “Bachelor” predictions, claims the Queen gets kicked out of the kingdom before Matt picks his top four princesses.

Here’s everything you didn’t even know you wanted to know about the evil Queen V.

Before going “Bach”-chick crazy in front of millions of viewers worldwide, Victoria was raised in New York and later moved to Florida with her family. According to her LinkedIn, she attended Florida State University from 2010 to 2013, majoring in “Business, Management, Marketing and Related Support Services.” Victoria left school to travel through Europe before relocating to Los Angeles a few years ago.

Outside the “Bachelor” castle walls, the tiara-toting terror is actually a real-life cosmetics queen, lording over her own self-care brand, Vikki Larson Beauty. In addition to donning her crown, Victoria wears many professional hats — including certified pilates instructor, health coach and real estate agent. She also entered the Miss California USA pageant in 2019.

3. One flew over the cuckoo’s nest

Before proverbially beating us over the head with her scepter, Victoria served as a private-jet flight attendant for five years with experience on GIV, GV, G550, Falcon7x, Bombardier Global XRS, Global 5000, Challenger604, Falcon 2000 and Legacy planes.

Though some “Bachelor” buffs have been taking to social media to insist Victoria is a paid drama-mama planted on the show by production, “actress” does not appear anywhere on her resume. However, she did work as a model of several years, lending her mug to Pinnacle Vodka, Grey Goose, Jagermeister, Belvedere and more.

Jalen Rose: Kevin Love made Olympics because of white ‘tokenism’

nypost.com - 4 months ago
Jalen Rose is upset with Team USA. Following the announcement that Kevin Love will join the 12-man roster for the Summer Olympics in Tokyo, Rose said the Cavaliers veteran doesn’t deserve a spot on Team USA. “Kevin Love is on the team because of tokenism,
Read More

nypost.com - 11 months ago
When word that Steve Cohen was getting closer to buying the Mets, the teams’ fans weren’t the only ones hoping the transaction would be completed and a new era ushered into Citi Field. “There was a lot of excitement at the end of last year. Players were
Read More

nypost.com - 6 months ago
A missing man’s body washed up on the shore of a North Carolina beach — more than three months after his truck plunged off a bridge in Virginia, relatives say. The corpse of Erik Mezick, 47, of Fruitland, Md., was discovered by a beachgoer on Cape Hattera
Read More
More News & Articles