Preemies may have greater risk of premature death as adults, study suggests

One in 10 babies around the world is born prematurely, and the vastly improved survival rates of preemies is one of the most striking advances of modern health care -- with the overwhelming majority of those born preterm reaching adulthood.
Author:
Published: 2021-01-20 03:12 am 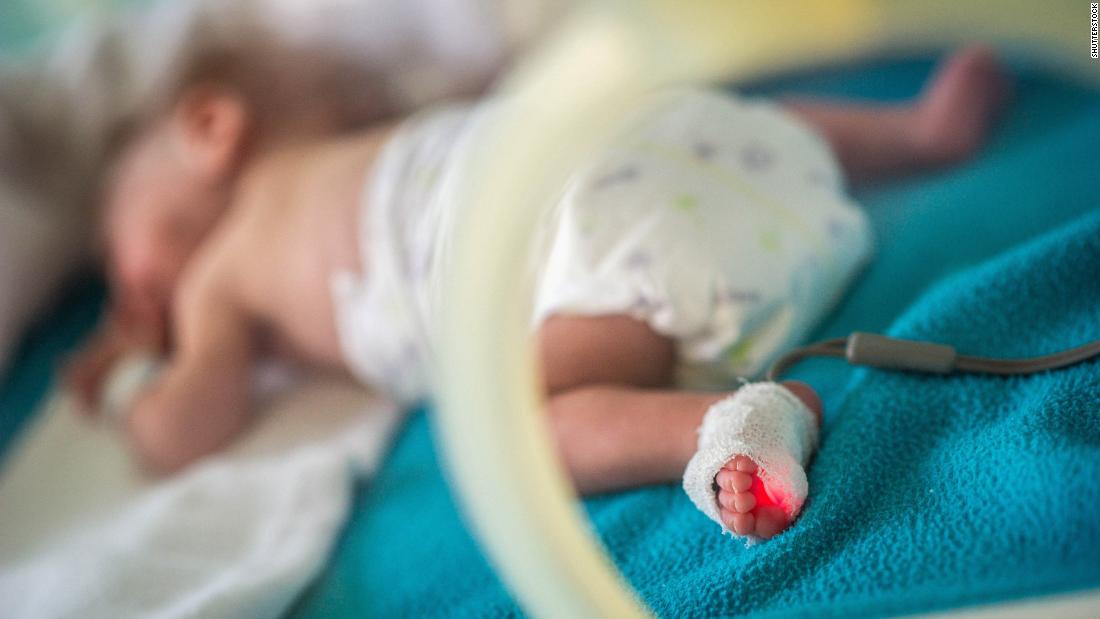 (CNN)One in 10 babies around the world is born prematurely, and the vastly improved survival rates of preemies is one of the most striking advances of modern health care -- with the overwhelming majority of those born preterm reaching adulthood.

But what are the long-term health risks of being born too early as these infants approach middle and old age? It's a question that has been difficult to answer with many individuals in follow-up studies still too young to draw meaningful conclusions.

However, new research that looked at more than 6 million people born in Sweden, Norway, Denmark and Finland -- mainly in the 1960s, 1970s and 1980s -- has found that individuals born preterm are at a modestly greater risk of dying prematurely in adulthood when compared to those born after 38 weeks.

In particular, preterm birth was associated with a twofold increase in increased risks of death from cardiovascular disease such as heart attacks or strokes, chronic lung disease and diabetes compared to those born closer to full gestation, the study found.

These findings corroborate other research and "the evidence is now clear that preterm and early-term birth are important risk factors for premature mortality in adulthood," said Dr. Casey Crump, a professor and vice chair for research at the department of family medicine and community health at The Mount Sinai Hospital in New York City.

"Preterm and early-term birth should now be recognized as chronic conditions that require long-term clinical follow-up for preventive actions, monitoring, and treatment of health sequelae (consequences) across the life course," said Crump, who wasn't involved in the research but wrote a commentary on the study, which published in the journal JAMA Network Open January 8.

A developing baby goes through important growth throughout pregnancy -- including in the final months and weeks. Premature (also known as preterm) birth is when a baby is born too early, before 37 weeks of pregnancy have been completed, according to the US Centers for Disease Control and Prevention. The earlier a baby is born, the higher the risk of death or serious disability. In the US, the preterm birth rate rose for the fifth year in a row in 2019, and 1 in 10 babies (10%) was born too early.

Experts don't know all the reasons why some babies are born prematurely. According to the CDC, some risk factors for preterm birth include delivering a premature baby in the past; being pregnant with multiples; tobacco use and substance abuse; and short time (less than 18 months) between pregnancies. However, a woman can still have a premature birth even if she has no known risk factors.

"The take home message is first and foremost that gestational age should be widely clinically recognized as (a) risk factor and information about timing of one's birth, and complications related to (the) fetal and neonatal period should be included in medical history/risk assessments," said lead study author Dr. Kari Risnes, a professor of pediatrics at the faculty of medicine and health sciences at the Norwegian University of Science and Technology.

"The risk of overall death and death from chronic diseases in the young adults ages that we studied (up to a maximum of 50 years) is very low. I would encourage anyone born before full term to let their doctor know if they are born preterm so that adequate risk assessments can be performed and life style changes and treatments can be applied appropriately to prevent chronic diseases," she said.

The Scandinavian researchers used information from nationwide birth registries established in the 1960s and 1970s in the four countries that tracked the health of individuals from birth to a maximum of 50 years of age.

Out of the 6.3 million people included for study, some 5.4% were born preterm and the researchers divided them into three categories: preterm birth (born between 22 and 33 weeks), late preterm (34 to 36 weeks) and early term (37 to 38 weeks).

The further a baby was born from ideal timing of birth was associated with a greater risk of premature death, the study found. However, while modest, the finding that babies born at 37 to 38 weeks were at a 10% increased risk of dying early, compared with those born after that gestation, was important given that early-term birth was two to three times more common than preterm birth, Crump said.

"The population health impacts are likely to be even higher in countries such as the United States, that have a much higher prevalence of both early-term and preterm birth. Future studies should examine early-term birth as a separate group whenever feasible to better understand its long-term health trajectory in adulthood," Crump said.

These links remained after the researchers said they accounted for other factors that could explain the association such as socioeconomic, genetic or environmental factors. The results were also similar across the four different countries.

"We compared siblings and found that the risk was higher in a preterm born compared to their full born sibling. This made us conclude that increased risk in preterm born could not be fully explained by factors that siblings share, like genetic factors or socioeconomic factors, living conditions or lifestyle factors in childhood," Risnes said.

How gestational age was measured was a limitation of the study. Estimates based on a mother's last menstrual period were more commonly used during the early years of the time frame the study covered are less reliable than those based on ultrasound.

"Neonatal survival and treatment has changed substantially from the beginning of the study period; therefore, it is unclear to what extent our findings are generalizable to children born today and to children in other settings with fewer resources," the study said.

"It remains to be observed whether these patterns of higher mortality in individuals born before term persist later in adulthood and whether they apply to more recent birth cohorts with increased neonatal survival."

It's not clear what explains the link between premature birth and premature death in adulthood, Crump said. It could be explained by epigenetics -- how behavior and environment can cause changes that affect the way your genes work -- and impaired organ development that could affect your chances of having diabetes, heart disease or stroke.

However, he stressed that the absolute risk of dying early was "modest."

"Most people who were born preterm or early term survive into adulthood without major comorbidities and frequently report a high level of function and quality of life," he said.

www.cnn.com - 5 years ago
When the first reports came out they were met with smirks and unbelieving glances....
Read More

www.cnn.com - 3 years ago
Can a home improve your well-being? Ekkist thinks so. The development consultancy has teamed up with Studio McLeod to design Ori House, the UK's first self-build home that enhances your health.
Read More

Analysis: Susan Page praised for questions but criticized for failing to follow up during VP debate

www.cnn.com - 5 months ago
A version of this article first appeared in the "Reliable Sources" newsletter. You can sign up for free right here.
Read More
More News & Articles