The historic run of dry weather has been one for the record books across the Western US, but now forecasts show some much needed relief is on the way.
Author:
Published: 2021-01-20 03:13 am 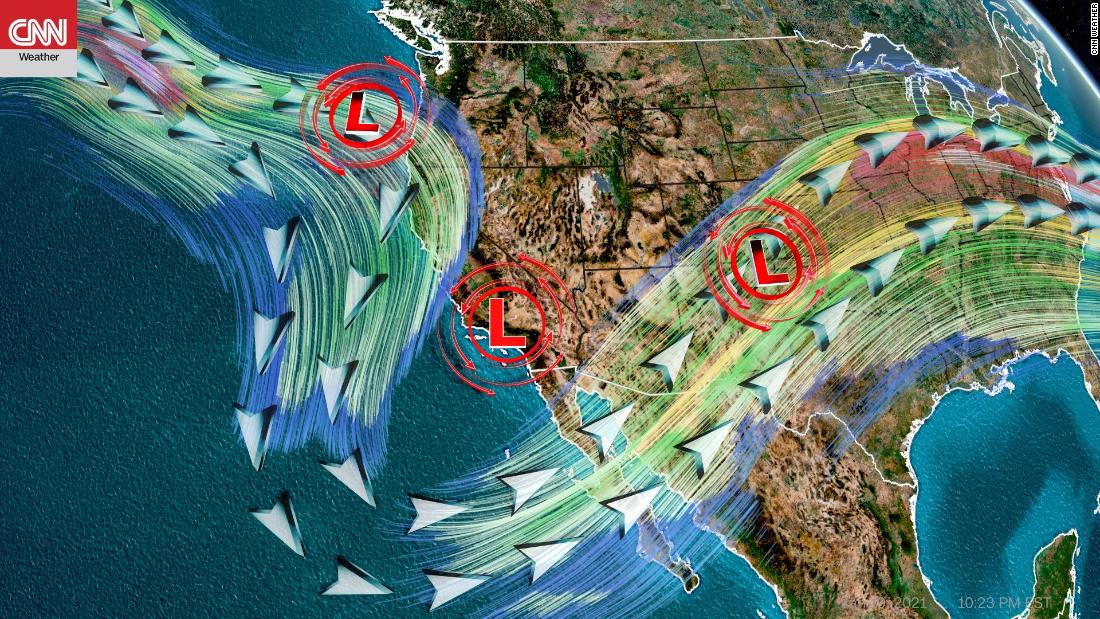 (CNN)The historic run of dry weather has been one for the record books across the Western US, but now forecasts show some much needed relief is on the way.

Over 70% of the Southwest is in grip of extreme drought.

In Las Vegas, for example, rain has only fallen on two occasions over the past 273 days. And Phoenix has endured a historic run of heat and drought, recording its fewest annual number of rainy days on record in 2020 at just 15 days.

Now, a significant pattern change is expected to introduce much needed wet weather to the region.

On the heels of this week's potent Santa Ana wind event, which brought hurricane force winds to the region and left 270,000 homes in the dark, the storm track that has long eluded the region is shifting south.

A strong area of high pressure is developing well offshore in the Eastern Pacific, allowing the jet stream to nose dive from the north towards the south. These upper-level winds are the conveyer belts for storm systems, and it has been nearly 10 months since a window this favorable has opened for the region.

The first of these opportunities presents itself Wednesday as the system partly responsible for the powerful winds draws moisture from the Pacific into the Southwest.

Flash flood watches have been issued across the Sonoran Desert of Eastern California and Western Arizona, where as much as one to three inches of rain are possible through Friday.

This appears to be just the beginning of an overall wetter trend, which could continue for the next two weeks. The forecast for a possible storm every three to four days through the end of the month could mean three to five inches of precipitation for the parched landscape.

As the system gradually shifts east, residents of Phoenix and Yuma, Arizona will be delighted to see their best opportunity for rainfall since it last rained on December 10. In fact, a chance of showers is forecast for Phoenix on six of the next seven days.

Prior to its most recent rainfall on December 10, Phoenix and Yuma had endured an incredible stretch of 110 and 242 consecutive rain-free days, respectively.

The new rainy pattern looks to continue at the weekend, initially bringing much needed rainfall across the northern half of California and Nevada, followed by showers to the entire Southwest on Sunday into Monday.

Of course, in the higher elevations of the Sierra Nevada, this translates into rounds of heavy snowfall over the coming weeks. That also will be welcome, as the Sierra snow melt accounts for roughly 30% of California's fresh water supply.

www.cnn.com - 5 months ago
Smoke from severe wildfires raging on the West Coast has blown thousands of miles east, reaching parts of the Midwest, Canada and upstate New York.
Read More

How closely were you paying attention to markets this week?

Jack Ma was almost bigger than China. That's what got him into trouble