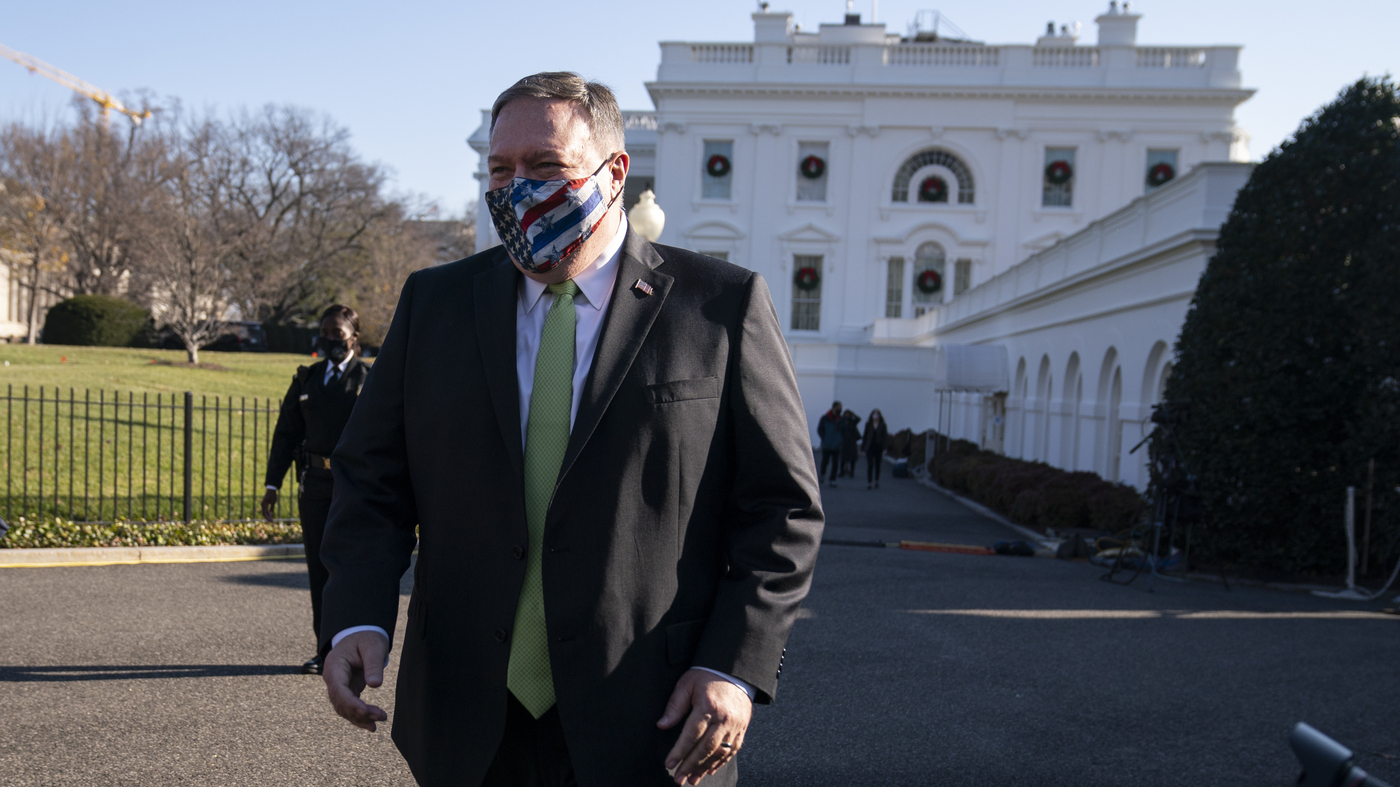 In a statement released just minutes after President Biden took office, China's foreign ministry said it had decided to sanction those "who have seriously violated China's sovereignty and who have been mainly responsible for such U.S. moves on China-related issues."

The sanctions prohibit those individuals and their immediate family members from entering mainland China, Hong Kong and Macao. They are also restricted from doing business with China, as are any companies or institutions associated with them.

"Over the past few years, some anti-China politicians in the United States, out of their selfish political interests and prejudice and hatred against China and showing no regard for the interests of the Chinese and American people, have planned, promoted and executed a series of crazy moves which have gravely interfered in China's internal affairs, undermined China's interests, offended the Chinese people, and seriously disrupted China-U.S. relations," the ministry said.

The move comes just one day after Pompeo issued a forceful statement accusing China of committing genocide against Muslim Uighurs and other minority groups in its Xinjiang region, for which the U.S. sanctioned several Chinese officials in July. That was one of numerous instances of sanctions, visa bans and trade restrictions imposed on Chinese politicians and Communist Party officials in the Trump administration's final year.

Relations between the U.S. and China deteriorated considerably under the previous administration, which took an unusually confrontational approach. Pompeo and other officials referred to China as constituting America's greatest threat, as NPR's John Ruwitch has reported.

In fact, Bolton appeared to celebrate the sanction against him, calling it "great news" in a tweet posted Wednesday afternoon.

"I accept this prestigious recognition of my unrelenting efforts to defend American freedom," he wrote.

It is unclear what changes Biden plans, but Ruwitch notes, "Even if the Biden team moves swiftly to put the U.S.-China relationship back on a less antagonistic track, Beijing will be wary after the dramatic changes of the past four years."

www.npr.org - 5 months ago
The two made the cut after topping Time's shortlist that included President Trump, the movement for racial justice, Dr. Anthony Fauci and medical workers on the frontline of COVID-19. (Image credit: Andrew Harnik/AP)
Read More

Facing Down The Monster Within in 'What Big Teeth'

www.npr.org - 3 months ago
Rose Szabo has created a monstrous, dysfunctional family far worse than anything Charles Addams ever dreamed up — and young daughter Eleanor may be the worst of them. She just doesn't know why. (Image credit: Farrar, Straus and Giroux)
Read More
More News & Articles