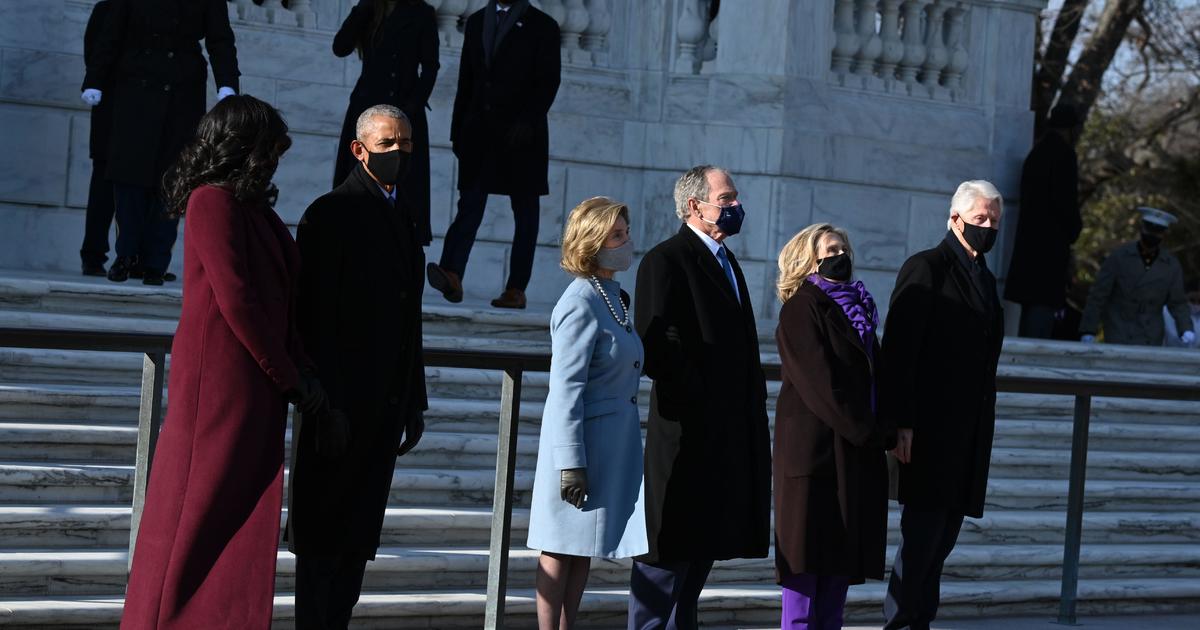 Mr. Obama, kicked things off, noting the "personal element" to seeing his former vice president being sworn in as the 46th President of the United States.

"More broadly," Mr. Obama added, "I think inaugurations signal a tradition of a peaceful transfer of power that is over two centuries old."

"I think the fact that the three of us are standing here talking about a peaceful transfer of power speaks to institutional integrity of our country," Mr. Bush chimed in.

Mr. Clinton called this "an exciting time," though he did acknowledge the challenges the country is facing in the wake of the Capitol riots and still amid a pandemic.

In addition to highlighting the historical significance of the inauguration, the presidents urged Americans to come together, listen to each other and ultimately work together for the benefit of the country. Mr. Obama briefly touched upon how meaningful his inauguration experience was thanks to then-outgoing President Bush.

In a show of solidarity, all three men closed their video message with words of encouragement for President Biden. "Mr. President, I'm pulling for your success," Mr. Bush concluded, "and your success is our country's success and God bless you."

"I'm glad you're there and I wish you well. You have spoken for us today and now you will lead for us and we're ready to march with you. Good luck, God bless you," Mr. Clinton said.

Mr. Obama finished things off by vowing on behalf of all three former presidents to assist the Biden administration:

"Joe, I'm proud of you," he said. "And you and Kamala need to know that you've got all of us here rooting for your success, keeping you in our prayers, and we will be available in any ways that we can as citizens to help you guide our country forward. We wish you godspeed."

Sarah Cooper, in her own voice

www.cbsnews.com - 1 month ago
After 20 years of trying, the standup comedian became an overnight success when she started lip-syncing Trump; now she is looking forward to inaugurating a new stage in her career beyond lampooning the president.
Read More

A rare blue moon will light up the Halloween night sky

www.cbsnews.com - 4 months ago
2020 marks the first time a Halloween full moon has been visible in all time zones since World War II.
Read More

www.cbsnews.com - 5 months ago
Colonel Melissa Givens retired after spending 20 years as an emergency room doctor in the army. Now she's in New York, helping patients at the epicenter of the coronavirus outbreak in the U.S.
Read More
More News & Articles