Friends of the president say Mr. Biden has spent his life comforting others, even when facing his own loss.
Author:
Published: 2021-01-20 11:41 pm 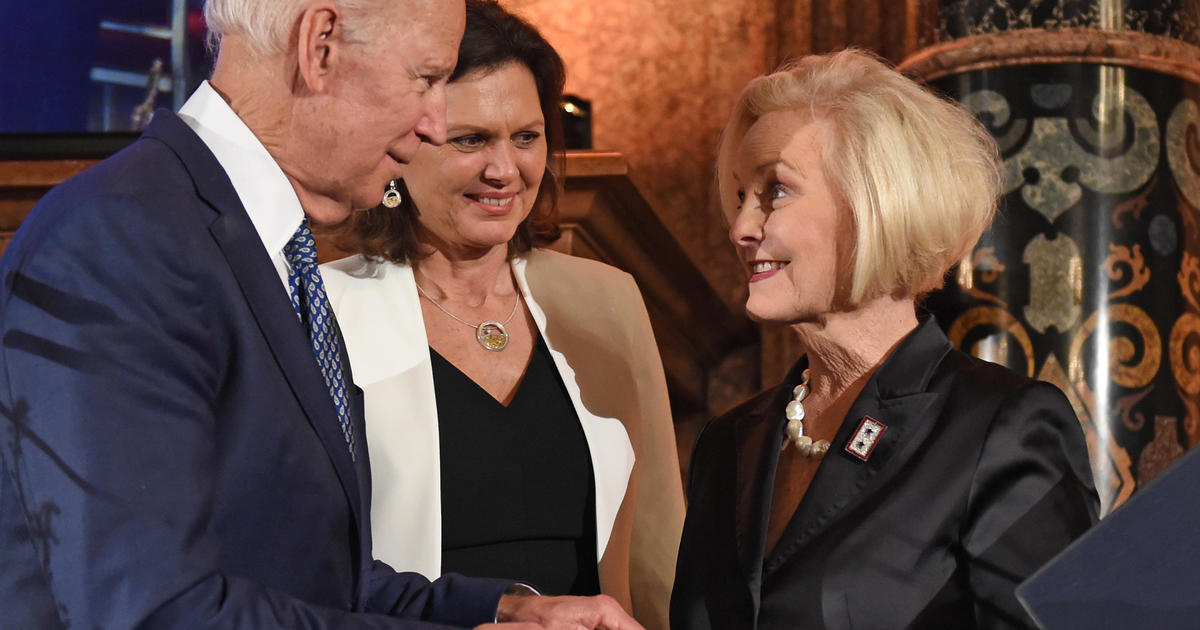 Cindy McCain was introduced to her husband, the late Senator John McCain, by now first lady Jill Biden. "I'm just so grateful that they did introduce me because, you know, love of my life," McCain told CBS "Evening News" anchor and managing editor Norah O'Donnell.

Still, it was a surprise when the lifelong Republican endorsed Joe Biden for president — Arizona has a long history as a red state, with only one other Democratic presidential candidate winning there since 1948. McCain said she hopes her endorsement helped Mr. Biden win the White House.

"I mean, that's why I did it. it. But I also think it was a change in the country. We saw people here, especially suburban people really frustrated with what was going on," she said. "And they stepped across the line like I did. And we voted together on this to make sure — to do it for what was right for our children and for our grandchildren."

Delaware NAACP president Richard "Mouse" Smith first met Mr. Biden years ago at the pool that now bears his name in Wilmington, Delaware. The president used to be a lifeguard there in 1962.

"There was just this skinny, like I was, White guy popped up one day with a smile on his face," Smith said.

The two became fast friends. Mr. Biden even served as Smith's best man. "I took him in the Black community, in the projects and stuff," Smith said, "and he basically learned how to deal with Black folks."

Fred Sears, a close college friend of the president from the University of Delaware, said Mr. Biden "always understood people."

"I always tell the story that when Beau passed away and I went to the funeral and the line was ridiculous," Sears said. Beau Biden, the president's oldest son, died after battling brain cancer in 2015.

"When I finished going through the line, I stood on the side and watched these people coming up to see him and, and console him. And he was the one consoling them. And he's holding people up, and he's consoling them when he's the one standing there whose son just died a few days before that," Sears said. "But that's the kind of person Joe is."

The Bidens comforted the McCain family when the late senator died in 2018 from brain cancer. "Losing their son and, of course, my husband to the same disease is — it's mind-boggling," McCain said.

"I mean, Joe was so kind to us," she said. "It tells me that he's a good man. And in my world, that's the best thing you can say about somebody."

The challenges Mr. Biden faces in his new job are substantial: a global pandemic, an embattled economy, calls for racial justice and a growing threat of domestic terrorism.

"He's absolutely ready. … I think he's the perfect person for the time. I really do," McCain said of Mr. Biden's qualifications. "Empathy is so important, especially when you're the leader of the free world."

Smith added: "Joe Biden's been ready to be president since he was 29 years old."

"In all the experience and everything he's been through has just made him ready for this job," Sears said. "He is absolutely ready."

www.cbsnews.com - 1 week ago
A spot on the Atlantic City Boardwalk where movie stars, athletes and rock stars used to party has been reduced to a smoking pile of rubble.
Read More

www.cbsnews.com - 3 months ago
Most job applicants have no clue they're being evaluated by AI. The city wants to change that.
Read More

New videos show how the assault on the U.S. Capitol unfolded, as more arrests are made

www.cbsnews.com - 2 months ago
Law enforcement authorities are continuing to arrest individuals accused of being involved in Wednesday's assault on the U.S. Capitol. Meanwhile, new videos are emerging on social media showing how rioters stormed the building, with some chanting to hang
Read More

www.cbsnews.com - 1 week ago
Coronavirus cases, hospitalizations and deaths in the U.S. have fallen over the last month. But the hopeful news is clouded by concerns of another surge as winter storms delay vaccinations and new variants continue to spread. Dr. Teresa Amato, the directo
Read More
More News & Articles