Perhaps you could still take the Dan Campbell approach to making a first impression. “We’re going to kick you in the teeth,” Campbell said when he was introduced as the Detroit Lions’ new head coach Thursday. “And when you punch us back, we’re going to
Author: Mike Vaccaro
Published: 2021-01-21 05:51 pm 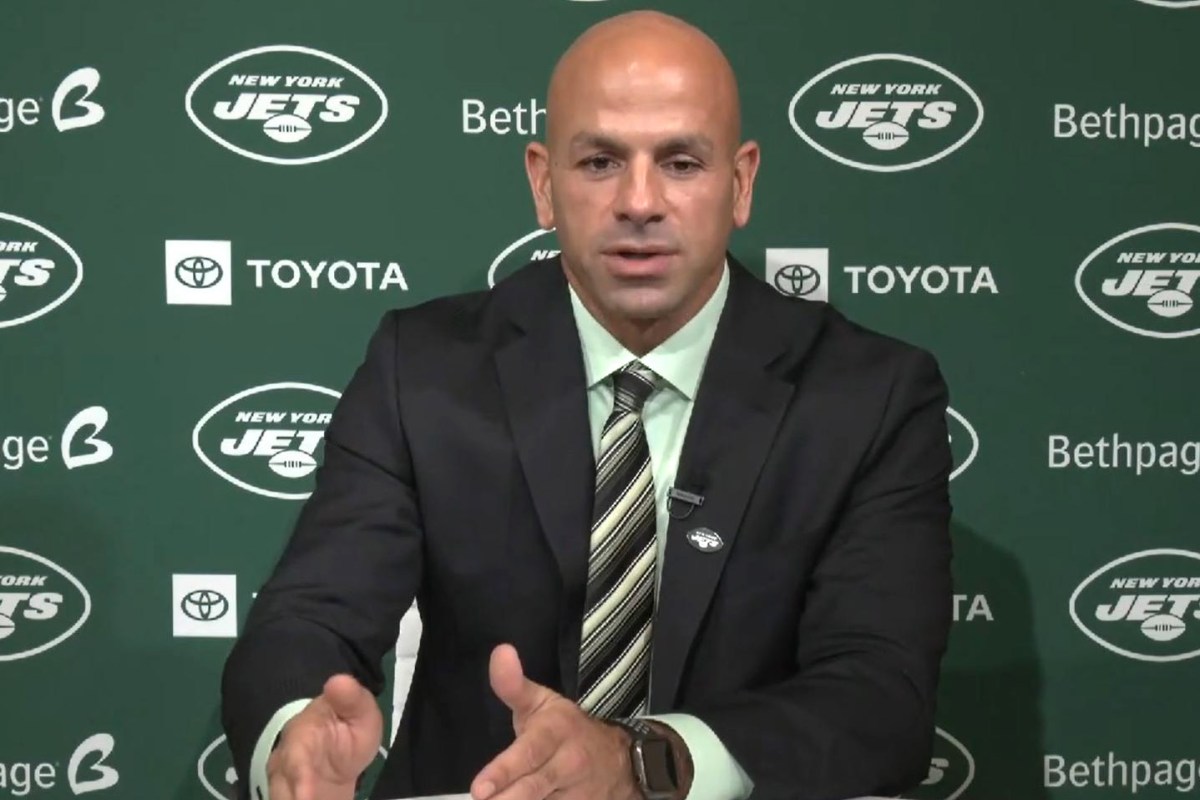 Perhaps you could still take the Dan Campbell approach to making a first impression.

No kidding, Campbell was foaming at the mouth by the end of that. He probably still puts oatmeal in the Gatorade jug to discourage players from drinking too much water during 98-degree two-a-days.

Robert Saleh walks down a different path, and in its own way it is every bit as jarring to hear because it isn’t the kind of narrative you usually hear at these press gatherings. Oh, you’ll get fistfuls of standby platitudes about character and sacrifice, about changing cultures and building championships. And, sure: Saleh’s goal is for all of that to happen.

He arrives as a coach with a reputation for making deep, abiding connections with his players. He was asked how he does that. And he gave one of the most remarkably honest answers you will ever hear come out of a coach’s mouth:

“I believe coaches and players are in this thing together,” said Saleh. “Players want two things from a coach. First: They want to know you care about their well-being. As a coach you make a personal investment in people.

“And two: Can you help them make enough plays on Sundays for them to get paid as much as possible.”

It’s that second one that grabs you like one of Saleh’s old pet pupils, Nick Bosa, chasing down a quarterback on healthy knees. It is quite unlikely that in 1966, Vince Lombardi would have moved to alter his philosophy and declare: “Winning isn’t everything; but getting players to play well enough to get paid and, as a result, to win is the only thing.”

But, then, ol’ Vinnie never coached the 2021 version of an NFL player. And maybe most of us aren’t quite ready to embrace the unfiltered truth that in an NFL of cold-blooded business decisions, of CTE studies and players limping away from the game into the final 50 or so years of their lives, the game’s bottom-line realities are the only thing.

Essentially it is the mindset that’s fueled baseball for 150 years: Maximize the individual and the collective will follow.

“Ultimately, part of our job is to serve the players,” GM Joe Douglas said, and then he elevated that notion to an entirely different plane: “A big part of this connecting on a personal level, engaging with these guys creating a situation where they can realize their ultimate goals. If we develop you, our goal is to maximize your earning potential. And if it’s here that’s great. If it’s not, we’re happy for you.”

This is a different world than the one Lombardi inhabited in the ’60s. Heck, it’s unrecognizable from the rooms Bill Parcells worked in the ’80s and ’90s, when he could say, without a trace of irony or whimsy: “You can easily separate ‘team guys’ from ‘me guys’ by how they accept coaching. The guys that accept it are about winning.”

Only now has it become possible to believe that “me” guys and “team” guys can be one and the same. Only now is it OK for a coach to say those things out loud.

“You have to put yourself in players’ shoes,” Saleh said. “They get drafted. They need a personal investment in them so they can get to that second contract and be rewarded. Players should expect that from their coaches and from their organizations. It’s no different in the business world: Come in at entry level, work your tail off and get rewarded. It’s the same mindset in football.

“Players are human. Make sure they understand that you want what they want: to get them where they want to go.”

Man. What would Lombardi say? Well, actually, he did say this: “Coaches who can outline plays on a blackboard are a dime a dozen. The ones who win get inside their player and motivate.”

Lombardi’s Packers were paid too, after all.

nypost.com - 5 months ago
Gary Sanchez may not just be on the bench when Gerrit Cole is on the mound in the playoffs. Manager Aaron Boone said Thursday on WFAN it would be a “day-to-day” decision during the postseason when it came to Sanchez and Kyle Higashioka behind the plate,
Read More

nypost.com - 3 months ago
Gamers trying to get their hands on the new PlayStation 5 or Xbox Series X look likely to be stuck playing the waiting game instead. The next-generation video-game consoles launched last week, but have been virtually impossible to come by for anyone who
Read More

AFC West preview and predictions: Chiefs show no signs of slowing down soon

nypost.com - 1 week ago
President Biden on Tuesday said that he and Canadian Prime Minister Justin Trudeau agreed to work together to counter China’s influence and to combat racism and global warming. Biden and Trudeau “met” virtually on Tuesday in what the White House billed as
Read More
More News & Articles