"I wouldn't read into that, other than immigration we consider as part of racial equity, which is a broad issue but that's how the president has spoken about that crisis over the past several months," Psaki said when asked about Biden's efforts to overtur
Author: Charlie Spiering
Published: 2021-01-21 06:43 pm 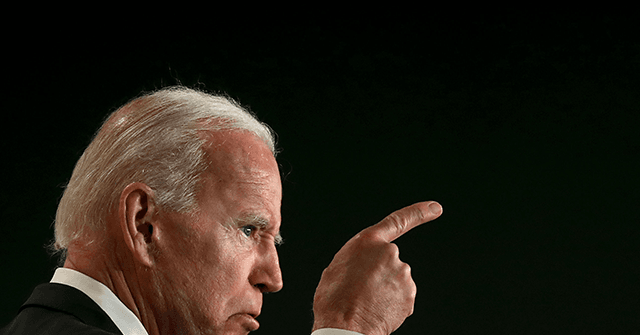 One reporter noted the majority of Biden’s executive actions on his first day were focused on immigration, rather than fighting the coronavirus.

“I wouldn’t read into that, other than immigration we consider as part of racial equity, which is a broad issue but that’s how the president has spoken about that crisis over the past several months,” Psaki said when asked about Biden’s efforts to overturn Trump’s executive orders on immigration.

Biden signed executive actions terminating Trump’s orders declaring a national emergency on the Southern border to fund the construction of a border wall, rescinding the exclusion of non-citizens from the census, ending the “Remain in Mexico” policy for refugees, and suspending most deportations for 100 days.

Biden also released a bill to give amnesty to all illegal immigrants in the United States.

Psaki said the Biden administration believed it was time for “a moment of reset” with Republicans and the business community on immigration reform and was “eager to move forward” on the issue.

“Historically it is an issue that there is bipartisan support,” she said.

“The last four years, the immigration policy has been based around funding for a wall, that has not worked even to keep the country safer,” she said.

Joe Biden Brings More than 48,000 Afghans to U.S. in Less than a Month

www.breitbart.com - 1 week ago
President Joe Biden's administration has brought more than 48,000 Afghans to the United States in less than a month -- a population more than four times that of Jackson, Wyoming.
Read More

www.breitbart.com - 10 months ago
The Iowa caucus had all the elements: a new system of voting; delays in reporting; shadowy voting software; premature declarations of victory.
Read More

Nearly 100,000 in U.S. Died from Coronavirus in Biden’s First Month in Office