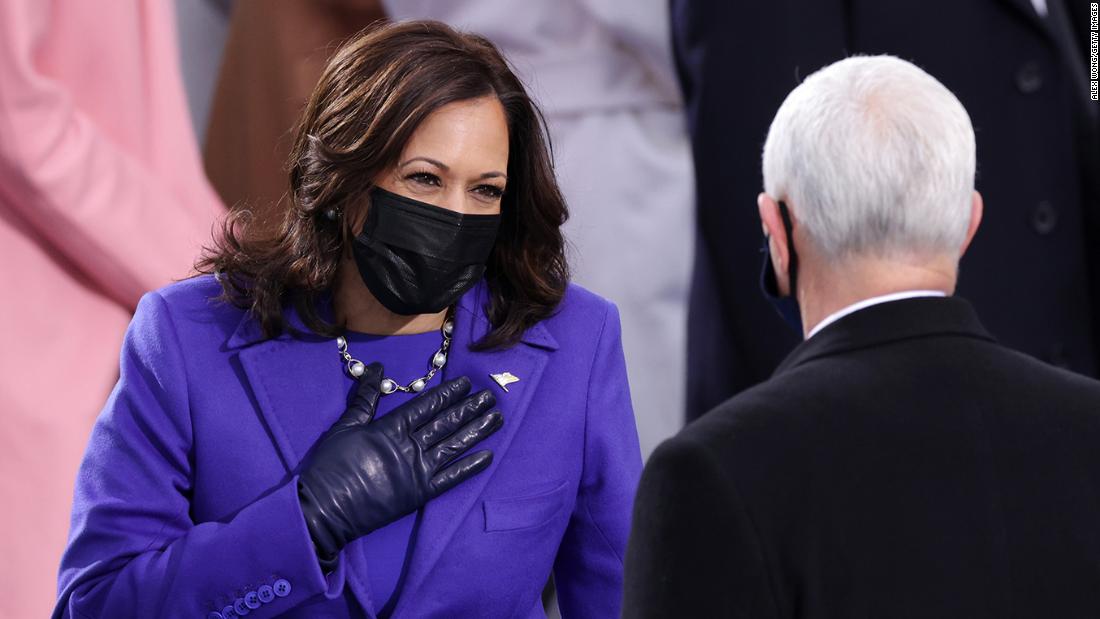 Since Harris announced her presidential bid in early 2019, she was met with pushback and reservations from progressives in the country due to her law enforcement record. People on the right view her as leftist. Some on the left see her as not progressive enough. She is, on some levels, a work in progress and, no doubt, will fall short of some people's expectations. But as her biographer, I'm here to tell you there's much more to Kamala Harris than meets the eye.

When she became California attorney general at the start of 2011, Kamala Harris made clear that she had big plans for herself. Harris announced that former US secretaries of state Warren Christopher and George Shultz would co-chair the team leading her transition to an office with no discernible foreign policy portfolio. It was too easy for me, then a political affairs columnist for the Sacramento Bee, to be snarky. I wrote that Harris either was aiming for higher office or would have "the best darned foreign policy of any attorney general in America."

I was right that Harris was a woman in a hurry. But what I didn't know then, and what I have learned since in writing her biography, is that she knew the virtue of staying out of the spotlight and avoiding making ill-timed power grabs that could undermine her goal.

Perhaps, most importantly, I found that she is willing to take time out of her busy schedule to commit acts of empathy, even when there is nothing in it for her. As I wrote her biography, the examples of her character and style abounded.

There is, for instance, her work to end human trafficking. Harris had seen the ugly side of the issue when she worked as a prosecutor in Oakland and San Francisco. She used her position as California attorney general to elevate the issue.

"Human trafficking is a modern form of slavery," the Harris-led California Department of Justice said in a report on human trafficking in California, back in 2012. The report pointed out that in the internet age, "the business of sex trafficking, in particular, has moved online," and singled out "unscrupulous websites like Backpage.com," a classified ad website that was a bazaar for prostitution, with revenue exceeding hundreds of millions of dollars a year, Justice Department authorities allege.

Harris and other state attorneys general were especially concerned that Backpage was being used to traffic minors. That's why in 2013, they signed a letter to four Congress members pointing out that the federal Communications Decency Act precluded state law enforcement authorities from carrying out their duty "to investigate and prosecute those who promote prostitution and endanger our children," and urging that the law be changed.

The Communications Decency Act, signed by President Bill Clinton in 1996, served to shield social media companies from liability for what people post on their sites. The law helped transform companies such as Twitter and Facebook into internet behemoths. That immunity is fundamental to their business model. Backpage also sought to hide behind that same protection.

Despite the requests from state attorneys general in 2013, Congress failed to act. So, starting in 2013, one of Harris's deputies, Maggy Krell, embarked on an investigation into Backpage that found several minors who had been pimped using ads from the site.

Three years later, in 2016, with Attorney General Harris's backing, Krell filed charges against the creators and CEO of Backpage.com, accusing them of a form of pimping. The case also would test the boundaries of state law.

The criminal complaint and an arrest warrant were filed under seal at the end of September 2016, and, with the help of Texas authorities, agents searched Backpage's offices in Dallas.

On Oct. 6, 2016, a little more than a month before Harris would face voters in her run for the US Senate, California unsealed the complaint. Some of Harris's critics claimed she filed the case to win votes, although the outcome of the race was not in doubt. She had large leads in polling throughout the campaign.

Texas Attorney General Ken Paxton, whose agents helped California authorities, held a news conference announcing details of the case. Harris issued a news release but did not hold a news conference. She rarely held news conferences after arrests, and she did not parade defendants before cameras in perp walks.

Two years later, when Harris was long gone from Sacramento, federal authorities shut down the site and brought criminal charges against several of its executives. Backpage was no more, in no small part because the investigation began when she was California's attorney general. She held no news conference to commemorate its demise.

Focusing on those in need

In 2016, when Harris was running for the Senate and Donald Trump was running for President, Trump's so-called university had become the focus of lawsuits by the New York attorney general and by private attorneys representing students who claimed they were victims of fraud.

Harris's opponent, Loretta Sanchez, a fellow Democrat who was then a member of Congress, criticized Harris for failing to sue Trump's school, saying her reticence could have been tied to $6,000 in campaign donations she had received from Trump early in her tenure as California attorney general.

Perhaps, Harris could have joined the New York attorney general's lawsuit against Trump. She definitely would have scored points with California voters, given their dim view of Trump.

But she declined to sue Trump University, and there were sound reasons for that decision. One of Attorney General Harris's former aides who was involved in the decision making told me that relatively few Californians were victims of the Trump University scam. People who fell for Trump's bluster were out some money but weren't made destitute. And resources are finite.

Instead, under Harris, the state sued Corinthian Colleges, Inc., a California-based corporation that affected far more people in the state. In its suit, the state alleged that Corinthian, operating under various names, advertised heavily on daytime television, targeting people who had ''low self-esteem." The state alleged that many Corinthian students received degrees of little value and were left with huge student loan debt. The state ultimately won a $1.1 billion judgment against the company and pushed for forgiveness on the debt Corinthian students amassed. Instead of the headlines a Trump suit would have got her, she focused on the mass of California students in need.

Harris can be tough on her staff, and harsh when, as a US senator, she questioned Trump administration officials and nominees. But what I also discovered is that when cameras weren't around, she displayed a more human side.

Matthew Davis, a friend from law school, recalled the time he called Harris, then San Francisco district attorney, to encourage her to write a note to an old woman, Naomi Gray, who was nearing the end of her life at a nursing home. Gray had supported Harris and was overjoyed that she had won the seat. Harris had a better idea. She dropped what she was doing, went to the nursing home, and spent 20 minutes holding the woman's hand and comforting her. The woman died a few days later.

I found many other examples like that, including the time, days before the 2018 midterms, when Harris learned that one of her aides, Tyrone Gayle, was nearing death from colon cancer. She put her political duties on hold and got onto a flight from Washington to New York, so she could hold his hand one last time.

Vice President Harris has a record of winning, of being strategic, and keeping her eye on the prize. Perhaps most important of all, she has a heart. She shares that attribute with President Biden. If the nation is to heal from the divisiveness of the past four years, and of the weeks since November 3, having a vice president who mixes toughness and determination with empathy ought to give us reason for hope.

www.cnn.com - 9 months ago
Canadian police have charged a 20-year-old man with dangerous driving after he was arrested for allegedly being asleep at the wheel of a 2019 Tesla Model S while it was operating in its semi-autonomous "Autopilot" mode.
Read More

www.cnn.com - 6 months ago
The US Food and Drug Administration said Monday it has approved a genetically modified pig whose body doesn't make a component that can trigger allergies in people.
Read More

We tested dozens of kitchen essentials in 2020. Here are the best ones worth buying

www.cnn.com - 5 years ago
Residents of Corpus Christi, Texas, were coping Thursday with using only bottled water for everything from drinking to bathing after officials warned that"unknown"chemicals had possibly contaminated the city's water supply.
Read More
More News & Articles