There might not be an NBA All-Star Game this season because of COVID-19 restrictions. Whether or not it’s played, Knicks forward Julius Randle hopes to be named to the squad for the first time in his career. Randle is averaging career bests in scoring
Author: Peter Botte
Published: 2021-01-22 02:44 am 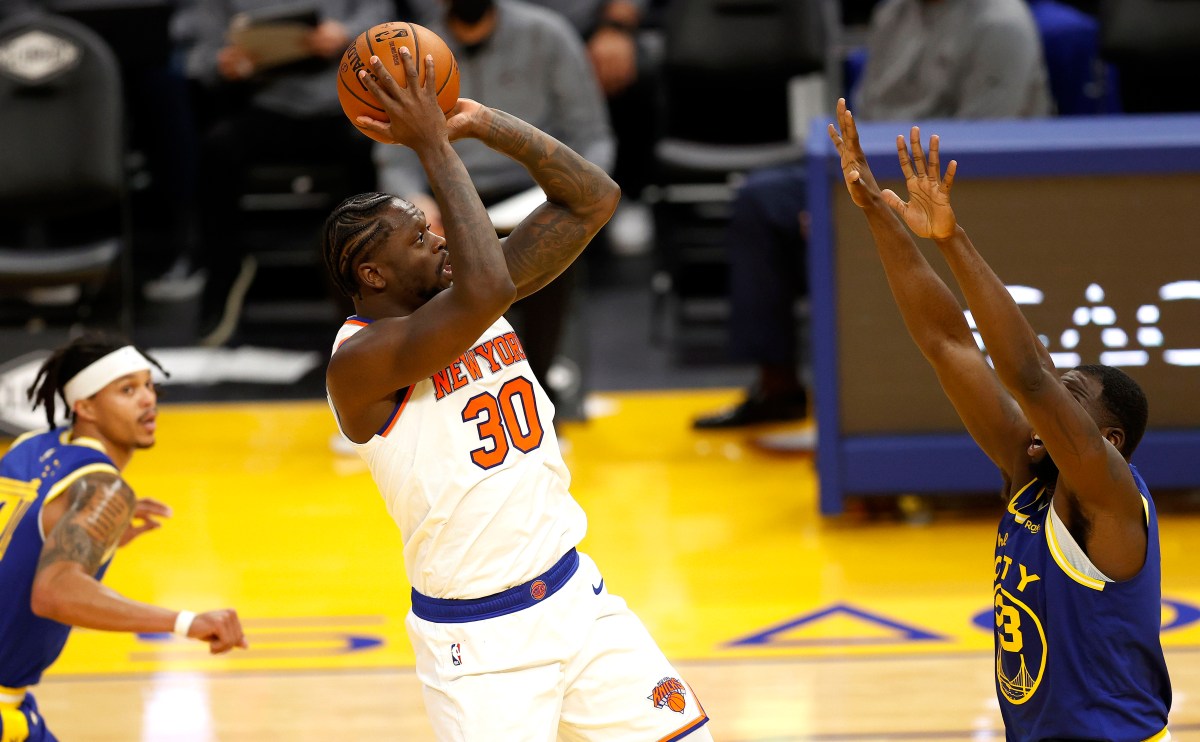 There might not be an NBA All-Star Game this season because of COVID-19 restrictions. Whether or not it’s played, Knicks forward Julius Randle hopes to be named to the squad for the first time in his career.

Randle is averaging career bests in scoring (22.4 points per game), rebounds (11.4) and assists (6.3) through the Knicks’ 8-8 start, after coming within one assist of his second triple-double of the season in Thursday’s 119-104 win over the Warriors in San Francisco.

“You always strive to be the best version of who you are. You set goals and stuff like that. It’s obviously something that I want, obviously. But it’s not something that I’m focusing on,” said Randle, who finished with 16 points, 17 rebounds and nine assists. “I’m really just focusing on this team, getting lost in the team, trying to figure out the best way, every night, to be the best version of myself and to give my team a chance to win and do everything I can to be prepared to give our team a chance to win on a night to night basis.

“Those things come along with it. Year to year, I try to get better, put myself in position to be the best version of me so obviously the recognition is great … but I still feel like I have a long way to go and a lot that I can improve on.”

An NBA spokesman said earlier Thursday that the league is “still determining what to do” after announcing in November that All-Star weekend (scheduled for Feb. 12-14) would not take place in Indianapolis, which will host the game instead in 2024.

“It won’t be in Indianapolis at the dates originally scheduled, but [we] certainly have not canceled it,” the spokesman said.

The NFL scrapped the Pro Bowl this year, but it still held voting and named rosters for the AFC and NFC. Many players in both sports have bonuses worked into their contracts based on All-Star designations. Randle, for instance, would earn an additional $900,000 on top of his $18.9 million salary for being named to the All-Star team, according to Spotrac.com.

Belarus’ push for democracy is another blow to Vladimir Putin

nypost.com - 5 months ago
The forces of freedom are pushing to wrest another country free of a Vladimir Putin ally, as a mass-protest movement aims to stop Belarusian President Alexander Lukashenko, aka “Europe’s last dictator,” from stealing the Aug. 9 election. Daily
Read More

nypost.com - 5 months ago
Conor McGregor has claimed his recent attempted sexual assault bust was a "set up" based on "vicious lies" — saying he is "crushed," reports say.
Read More

nypost.com - 4 months ago
Eugenie Bouchard and her Instagram followers had a very happy Halloween.
Read More

nypost.com - 2 weeks ago
It’s free to whistle the disco melody of any Bee Gees track — but when it comes to buying the home of a former group member, it costs lots more than just a song. On Long Island, a seven-bedroom spread that once belonged to Robin Gibb can be yours for $12.
Read More
More News & Articles