The loogie-launching leftist who spat in the face of an NYPD cop during a November protest was arraigned on a desk appearance ticket Friday. NYU graduate Devina Singh, who once worked in the office of Congressman Jerrold Nadler, is charged with obstructio
Author: Rebecca Rosenberg
Published: 2021-01-22 12:39 pm 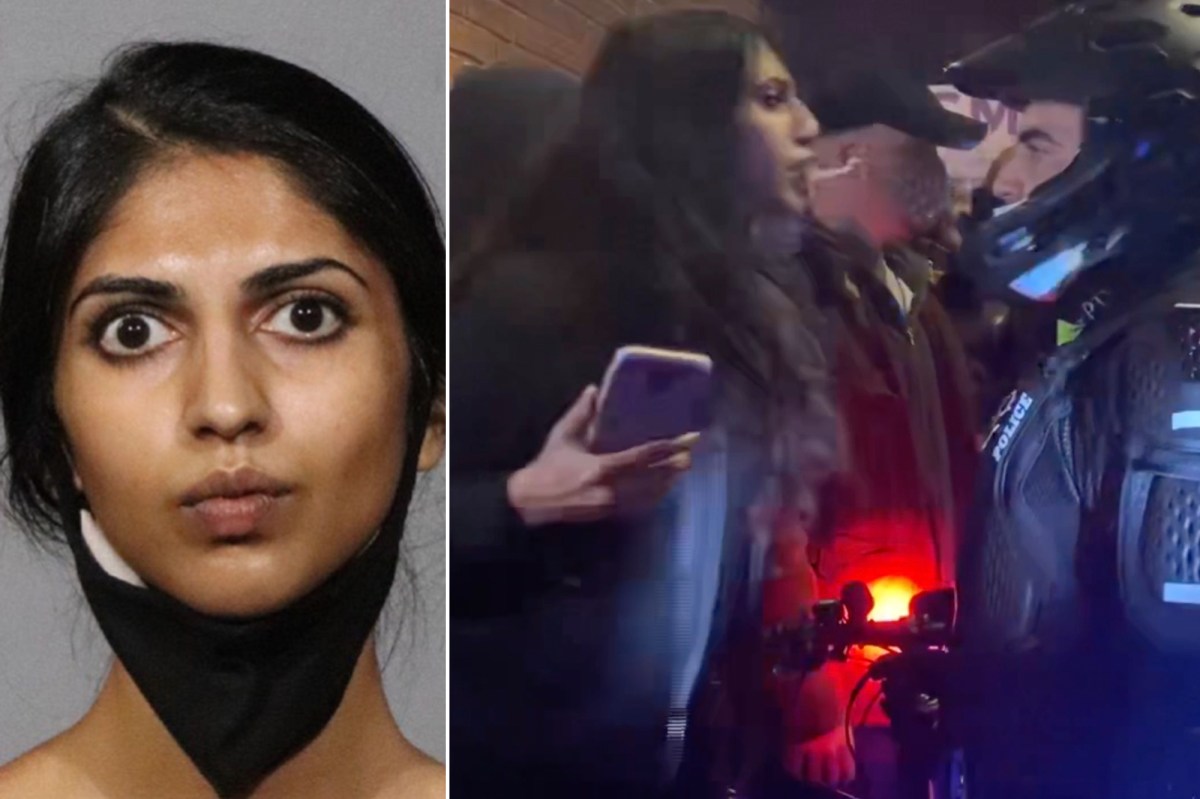 The loogie-launching leftist who spat in the face of an NYPD cop during a November protest was arraigned on a desk appearance ticket Friday.

NYU graduate Devina Singh, who once worked in the office of Congressman Jerrold Nadler, is charged with obstruction of governmental administration, harassment and resisting arrest stemming from the fluid situation.

The 24-year-old appeared on a video monitor in Manhattan Criminal Court wearing a prim turtleneck and red lipstick. Judge Nicholas Moyne ordered her to return for trial Feb. 22.

A maskless Singh alleged barked “F–k you, fascist” inches from Sgt. Joshua Gregory’s face before making her oral argument, which was captured on video by a Post reporter.

Another officer tried to walk her to a prisoner transport van, but she allegedly “went completely limp and dropped her body to the ground,” according to a criminal complaint. Two cops had to pick her up and hold her, the complaint says.

The resident of otherwise sleepy Schwenksville, Pennsylvania, later told The Post in a brief interview that she only spit in the cop’s face after his colleagues attacked protesters.

Prior to her Nov. 4 arrest, Singh had joined a group of unruly demonstrators who spent the evening clashing with cops in the West Village, interrogating outdoor diners about their lack of activism, and setting garbage cans on fire. Nearly 60 protesters were arrested.

The “Phlegm Fatale” was previously busted on obstruction and resisting arrest charges during a September protest in Manhattan after she jumped on the back of an NYPD captain.

She showcased her achievement on Instagram, posting a photo of herself in cuffs and writing, “im so f—— mad … probs bc behind me (white shirt) is Deputy Inspector Elias J. Nikas AKA Little Dick Nik.”

She was also charged with unlawful assembly during a Brooklyn march in October, police said.

nypost.com - 4 months ago
A former Florida teacher admitted to having a “crush” on a student after there was a sexual encounter between them at his home, authorities said. Kristen O’Brien, who quit her job last month at United Brethren Christ Academy in Holy Hill, was arrested
Read More

nypost.com - 2 months ago
Donald Trump’s bankers are cutting ties with the president after the insurrection at the Capitol, with one even calling publicly for his resignation. Over the past 24 hours, both Deutsche Bank and Signature Bank have made the decision to end their busines
Read More

nypost.com - 2 months ago
A gunman is being sought after opening fire at a California shopping mall Saturday evening, wounding one man and sending panicked customers to run for cover, authorities said. Officers responded to the Great Mall in Milpitas around 5:20 p.m. on reports of
Read More