Representative Alexandria Ocasio-Cortez (D-NY) said Thursday on CNN's "Cuomo Prime Time" that she did not attend Wednesday’s inauguration of President Joe Biden out of fear of her colleagues in Congress.
Author: Pam Key
Published: 2021-01-22 01:45 pm 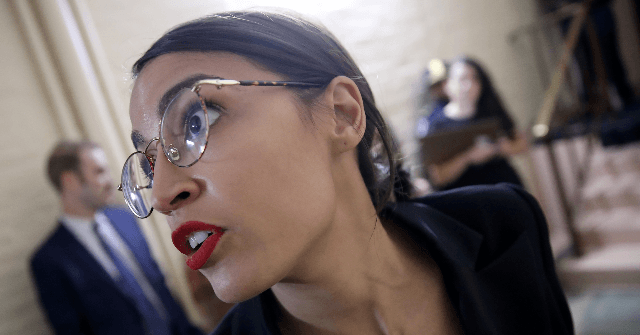 Representative Alexandria Ocasio-Cortez (D-NY) said Thursday on CNN’s “Cuomo Prime Time” that she did not attend Wednesday’s inauguration of President Joe Biden out of fear of her colleagues in Congress.

When anchor Chris Cuomo asked why she did not attend, Ocasio-Cortez said, “I think we also had very real security concerns as we mentioned earlier. We still don’t yet feel safe around other members of Congress.”

Cuomo asked, “How many are we?”

Cuomo asked, “You really think colleagues of yours in Congress may do you dirty?”

Ocasio-Cortez said, “Yeah, well, one just tried to bring a gun on the floor of the House today. I believe it was Representative Andy Harris from Maryland. He tried to bring in a gun on to the House floor. For individuals who don’t know, guns are not allowed in the District of Columbia and certainly the House floor. There are separate House rules that prohibit the bringing in of firearms. These are rules that date back to the Civil War. These are individuals that are trying to sneak firearms either illegally or in direct violation of House rules. Why does a member of Congress need to sneak a gun on to the House floor?”

Cuomo asked, “You think they’re bringing it in because they want to protect all of you from insurrectionists like we saw a couple of weeks ago, or do you think there really is a chance that you may be the enemy?”

Ocasio-Cortez said, “Her is what I will say, the moment you bring a gun on to the House floor in violation of rules, you put everyone around you in danger. It is irresponsible. It is reckless. But beyond that, it is a violation of rules. You are openly disobeying the rules that we have established as a community, which means that you cannot be trusted to be held accountable to what we’ve decided as a community. So I don’t really care what they say their intentions are. I care what the impact of their actions are. And the impact is to put all 435 members of Congress in danger. He tried to hand off his gun to another member who didn’t have a license, and any responsible gun owner knows that you don’t just hand off your gun to another individual. You have to clear it, etcetera.

The Guardian: Robot Economy Could Lead to ‘Genocidal’ Class War

www.breitbart.com - 4 years ago
The Guardian has published an article on the rise of the robot economy, with some fairly dramatic predictions.
Read More

Scarborough: 'How Many of These Capitol Hill Cops Are Members of Donald Trump's Cult?'

www.breitbart.com - 4 months ago
Philippine Immigration Commissioner Jaime Morente said on Tuesday that roughly 2,800 Chinese nationals granted “visas upon arrival” under a program to encourage Chinese tourism have overstayed their visas and will now be expelled from the country.
Read More