How would you have handled it? How would you have reacted to not a hundred or two hundred, but hundreds of thousands of racist letters deriding you, threatening your very life for having the audacity to be talented enough to powerfully hit a baseball
Author: Joel Sherman
Published: 2021-01-22 01:45 pm 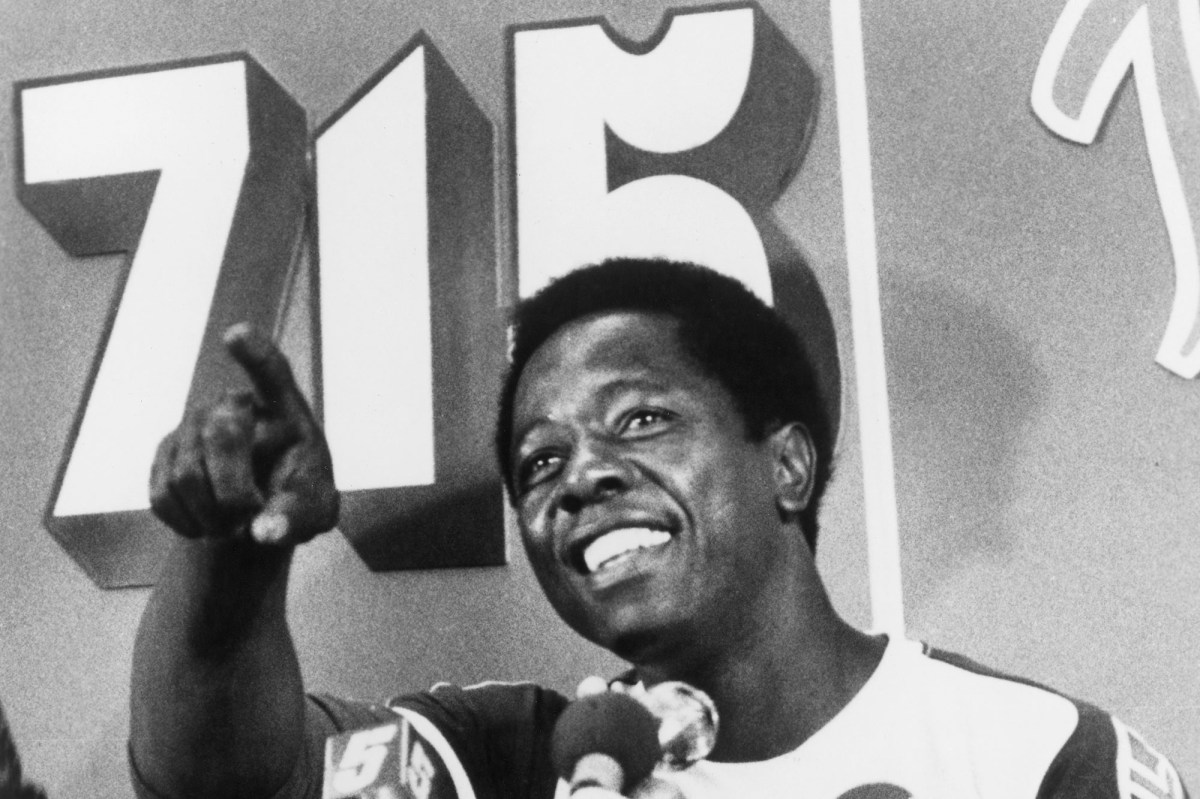 How would you have handled it?

How would you have reacted to not a hundred or two hundred, but hundreds of thousands of racist letters deriding you, threatening your very life for having the audacity to be talented enough to powerfully hit a baseball better than anyone maybe ever and doing it with black skin?

Hank Aaron kept many of the letters and mainly kept his silence. He should have been an American hero in that time. But too often for African-American athletes — Jackie Robinson and Muhammad Ali come to mind — it is only long after enduring hostility in their prime moments that they are mainstreamed and adored. It was the same for Aaron. He was chasing down Babe Ruth and a segment of this country was just not good with it. Heck, the commissioner of baseball at that time, Bowie Kuhn, wasn’t.

And it wasn’t even supposed to be Aaron, who hardly came from central casting for the role. Mickey Mantle and Willie Mays arrived with more talent and greater flair near concurrently in the 1950s, and they defined an era of baseball. Aaron never hit 50 homers in a season, never topped 47. He pursued Ruth like the strongest tortoise in the world. Mantle and Mays were the hares. But Aaron turned out to be the heir to The Babe.

On April 8, 1974, Aaron hit homer No. 715. At the time he took Al Downing deep, Aaron was spending the day with two full-time security guards assigned to him, the threats so real that the FBI was looking into them. When Aaron crossed home plate, his mother, Estella, embraced her son in full. Out of pride, yes, but also in case there was an assassination attempt, so the bullet would take her instead of him.

How would you have handled it?

How would you have reacted after all of that — after emerging from the Jim Crow South and the indignities faced not just integrating the Southern League in the minors, but across the majors and even in your own clubhouse — if 33 years later, the record you created despite the vile was being threatened by the vial?

Barry Bonds was stalking Aaron one dubious homer after another. Aaron decided neither to embrace nor disgrace. He let America debate legitimacy, decide about asterisks. Until Aug. 8, 2007, when Bonds hit his 756th homer to pass Aaron as the all-time leader, at least on paper. Aaron had taped a message a month earlier that was shown on the scoreboard, the only unsullied part of the evening:

“I move over and offer my best wishes to Barry and his family on this historical achievement. My hope today, as it was on that April evening in 1974, is that the achievement of this record will inspire others to chase their own dreams.”

Aaron was 14 when he saw Jackie Robinson on a barnstorming tour through his hometown of Mobile, Ala., in 1948, one year after Robinson had integrated Major League Baseball. Aaron saw possibility. Would you have seen that? In a world still of separate bathrooms based on color and — in the Deep South — indignities that cascaded one after another. Aaron had to begin professionally as an Indianapolis Clown, a member of the Negro Leagues.

But his talent was overt. Just six feet tall, but with wrists both powerful and lightning fast and an overall game that today would starting free-agent bidding at about $300 million and rise from there. He won Gold Gloves in right field. Here is the list of major leaguers who have more hits than Henry Louis Aaron: Pete Rose, Ty Cobb. End of list. Aaron has more singles than Wade Boggs and more stolen bases than Pee Wee Reese.

He was a great baseball player who relentlessly hit homers.

That put him in position to pass The Babe and be passed by Bonds. He was the right man for both endeavors. He handled it with a far greater strength than it took to hit 755 homers.

Now, in memory of the man, to honor him, let’s try to rise to our best and worst days with the same dignity, grace and sturdiness.

Amy Coney Barrett’s confirmation is a triumph for women

nypost.com - 3 months ago
The Big Apple’s coronavirus infection rate continues to surge and has now risen to levels not seen since May, according to city data released Wednesday. The latest data shows that the COVID-19 infection rate on a seven-day average has hit 4.8 percent,
Read More

nypost.com - 2 months ago
A 500-year-old copy of Leonardo da Vinci’s “Salvator Mundi” has been recovered in a Naples apartment and returned to a museum — whose staff wasn’t even aware it had been stolen, according to reports. Police Chief Alfredo Fabbrocini said the 36-year-old
Read More