ESPN will talk with recently retired quarterback Philip Rivers about joining the network as an NFL analyst, according to sources, and if Peyton Manning suddenly decided he wanted to be in the broadcast booth, the network would keep the door open. But the
Author: Andrew Marchand
Published: 2021-01-22 01:48 pm 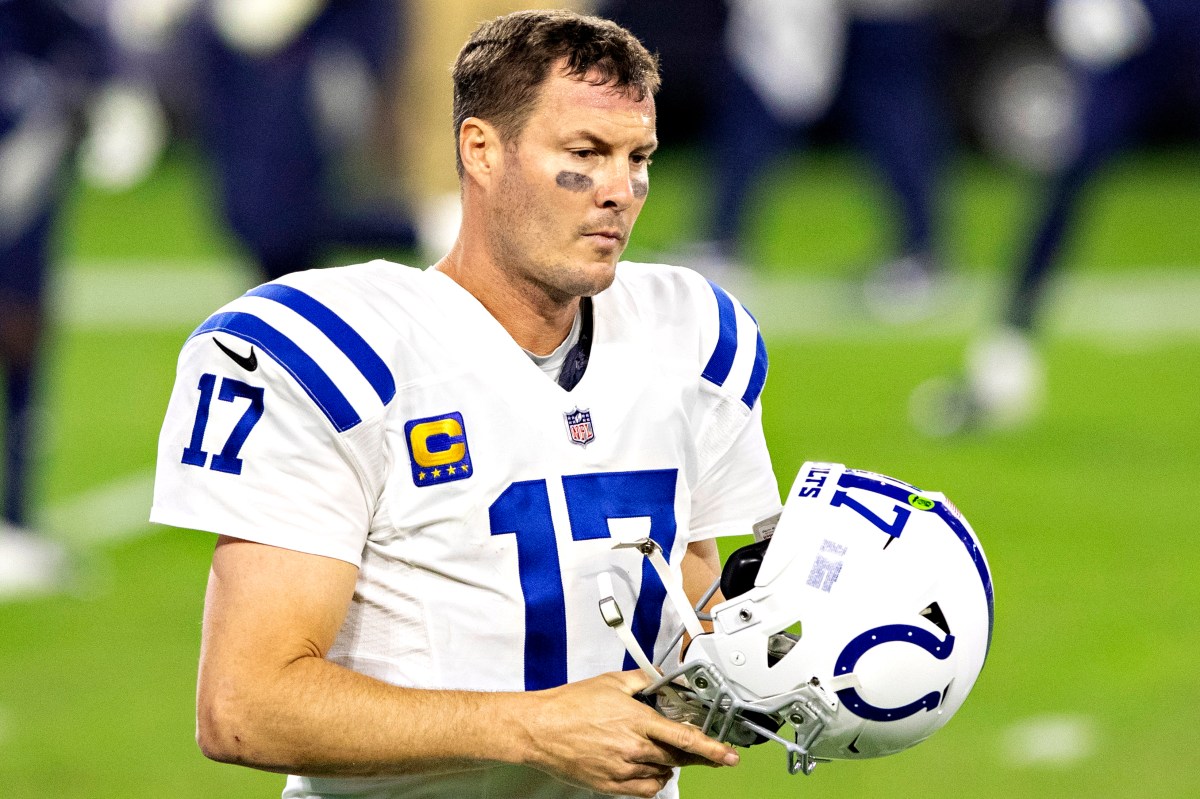 ESPN will talk with recently retired quarterback Philip Rivers about joining the network as an NFL analyst, according to sources, and if Peyton Manning suddenly decided he wanted to be in the broadcast booth, the network would keep the door open.

But the plan at ESPN is for Steve Levy, Louis Riddick and Brian Griese to return as the “Monday Night Football” crew for the 2021 season, according to sources.

ESPN executives felt that broadcast booth righted the shaky MNF ship, appreciated that they weren’t the focus of social media critiques every week and — probably most importantly — believe the trio will build further chemistry with another year together. They also had to debut as a national team while limited by pandemic restrictions.

However, the Rivers talk could take an interesting turn because there is a chance ESPN adds more games in the forthcoming new TV rights deals, according to sources. As talks continue between all the networks and NFL executives, the idea of additional games on ESPN/ABC’s schedule in the future has been broached, perhaps in the form of building more MNF doubleheaders.

ESPN begins each year with a Monday night doubleheader, and this year there were a few extra nights when MNF featured two games due to pandemic rescheduling. Though ESPN/ABC having two separate packages — Mondays and Thursdays, for example — seemed possible, it appears more likely the network sticks with just Mondays. Amazon is moving into the front-runner spot for Thursdays.

ESPN will see what Rivers wants to do. If he wanted a Monday night gig, they would probably have to think about it.

If ESPN can add NFL games, Rivers could be an intriguing choice for a smaller package to see what he could do in a limited number of games and, perhaps more importantly, to see whether he likes it. ESPN also will explore whether Rivers wants to be part of the rotation for appearances on “Get Up!”, “SportsCenter” and NFL pregame shows, though that seems doubtful, especially if other networks offer less strenuous, equally lucrative options.

ESPN does not plan to make its yearly all-out recruitment of Manning. It’s not that ESPN wouldn’t love to have Manning in the booth. It would. But ESPN and Manning have a strong working relationship from his ESPN+ “Peyton Places” and “Detail” shows, so if he is finally interested in doing games, they would let him bring it up. All indications are he won’t.

For now, ESPN plans to go with the same Levy-Riddick-Griese booth that executives feel is on the way up. Whether this crew eventually calls a Super Bowl, the rights to which ABC/ESPN covets and is expected to receive in the new deals, is still an open question. They still will need to show the growth that management believes is there.

With Levy, ESPN has more of a studio guy than a play-by-player. His enthusiasm is there, but he doesn’t have the game feel after having spent more of his professional life in a studio in Bristol than in a booth. He will try to change that narrative with more reps.

Riddick had called games for only one year before landing the MNF gig. His lack of broadcast game experience showed as he often spoke from a more technical point of view. He needs to be more conversational. Discussing a term such as the “A-gap” may be rudimentary to someone inside the sport, but Riddick needs to add to his descriptions to really drive it home for casual viewers.

Griese is probably the best suited for the role he is in because he grew up in the game and in the booth with his father, Bob. The younger Griese is not the most exciting analyst in name or delivery, but he knows what he is doing and adds more than he subtracts.

If it buys a Super Bowl or two, ESPN will have to figure out its long-term options. At the moment, Chris Fowler and Kirk Herbstreit — who have often spoken about the “Monday Night Football” job — are sticking to college football.

CBS play-by-players Jim Nantz and Ian Eagle are on expiring contracts. CBS loves both of them and will make every effort to use their home-network advantage to retain them. That may prove a bit rocky: Nantz seeks “Tony Romo money” of $17.5 million per year, a substantial increase from Nantz’s current $6.5 million salary.

The secret of Rush Limbaugh’s success: He was real

nypost.com - 2 weeks ago
When conservative radio giant Rush Limbaugh died, it took only seconds for the vultures of the left to swoop down and begin picking at the public corpse. Not all on the left did so. Some were gracious. But many were filled with glee and rapture that their
Read More

nypost.com - 5 months ago
As COVID-19 cases in New York and around the country rise, city dwellers are fearing a repeat of the March and April coronavirus lockdowns.
Read More

nypost.com - 5 months ago
What alchemy is this? Tucked inside all the losing and, finally, a break in the losing, is a heavy dose of roster manipulation and deployment going on with the Giants. If Joe Judge turns out to be a head coach for the long haul, this will be one of the
Read More