Fortune struck one man in the bakery aisle at the supermarket. Two others were working the night shift at a Subway sandwich shop. Yet another was plucked from a list of 15,000 hopefuls. With millions of Americans waiting for their chance to get the
Author: Associated Press
Published: 2021-01-22 12:50 pm 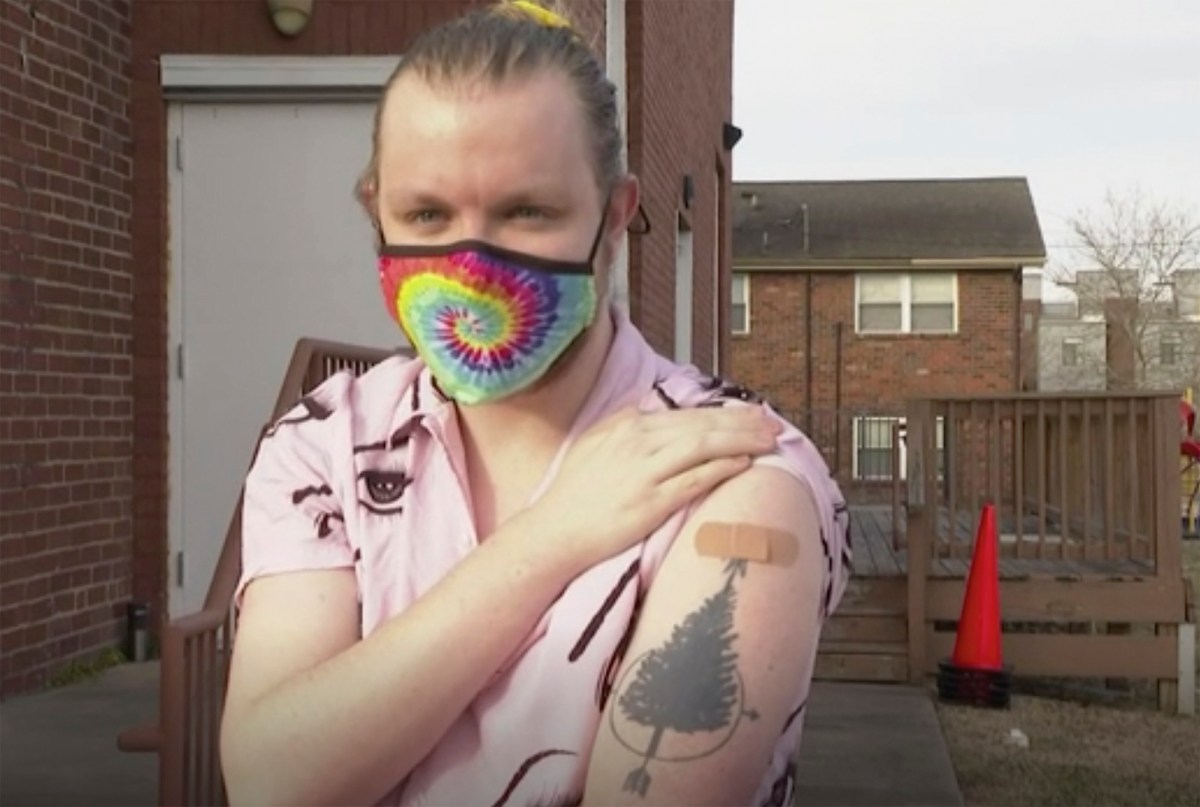 Fortune struck one man in the bakery aisle at the supermarket. Two others were working the night shift at a Subway sandwich shop. Yet another was plucked from a list of 15,000 hopefuls.

With millions of Americans waiting for their chance to get the coronavirus vaccine, a lucky few are getting bumped to the front of the line as clinics scramble to get rid of extra, perishable doses at the end of the day.

It is often a matter of being in the right place at the right time.

Sometimes people who just happen to be near a clinic at closing time are offered leftover shots that would otherwise be thrown away. Sometimes health workers go out looking for recipients. Some places keep waiting lists and draw names at random. Such opportunities may be becoming more prized as shortages around the U.S. lead some places to cancel vaccinations.

“One of the nurses said I should go buy a lottery ticket right now,” said Jesse Robinson, outside a Nashville, Tennessee, clinic this week where the 22-year-old was picked from a 15,000-name list for a shot. “I’m not going to question it too much. Just glad it was me.”

David MacMillan was grabbing ingredients for a coconut chickpea dish at a Giant grocery store in Washington when a woman in a lab coat from the in-store pharmacy came up to him and his friend.

“I got two doses of the Moderna vaccine. The pharmacy is closing in 10 minutes. Do you want them?” MacMillan, 31, recalled the woman saying. “I thought, ‘Let’s go for it.’”

After MacMillan posted a video of his experience on TikTok, the supermarket chain was inundated for days with calls and people hanging around, hoping to score a shot.

It has become one of the most unusual quirks in the often uneven, monthlong rollout of the COVID-19 vaccines.

Once a vial is thawed from the deep freeze and, even more so, once its seal is punctured and the first dose is drawn, those administering the vaccine are in a race to use it up before it spoils — even if it means giving shots to those who don’t fit into the priority list.

While it may be unsettling to see a 20-something getting a shot while an 90-year-old woman in a nursing home is still waiting, public health experts say getting a dose into someone’s arm, anyone’s arm, is better than throwing it away.

“As far as I’m concerned, vaccinate anyone but the dog,” said Dr. William Schaffner, an infectious-disease expert at Vanderbilt University.

In New York City, a rumor that the Brooklyn Army Terminal had extra doses triggered a rush to the vaccine distribution site, leading to bumper-to-bumper traffic in the streets and a line of hundreds on the sidewalks until police came out to say they had been duped.

Mike Schotte, 53, and his 72-year-old mother started showing up at pharmacies near their home in Hurst, Texas, in hopes of getting a leftover shot. Eventually they put their names on a waiting list and got a call saying shots might be available if they arrived within a half-hour.

“We didn’t have to speed, but it was pretty close,” Schotte said. “I’m excited that I got it.”

Nashville started its lottery system to avoid more haphazard ways of distributing leftover shots. In one case last month, the city’s health department ended up giving extra doses to two workers at a Subway restaurant in a nearby hospital so they wouldn’t go to waste.

Vaccine clinics expect only a few leftover doses, at most, on any given day. Providers also note that the chances of leftover shots becoming available to the broader public are diminishing with each passing week as eligibility for the vaccine widens beyond the very old, nursing home residents and front-line medical workers.

Waste is common in global inoculation campaigns, with millions of doses of flu shots trashed each year. By one World Health Organization estimate, more than half of all vaccines are thrown away because they were mishandled, unclaimed or expired. The coronavirus rollout appears to have bucked the trend.

Though federal data is not available, health authorities in various jurisdictions contacted by The Associated Press reported very little waste beyond a few notable cases of doses that were accidentally or deliberately spoiled.

In Chicago’s Cook County, Illinois, the health department reported just three of 87,750 doses were wasted, each accidentally spilled by staff. In Ohio, officials said 165 of 459,000 doses distributed as of last week were damaged or lost in transit, thrown away because of vaccine no-shows, or otherwise wasted. New Jersey, Pennsylvania, Houston and other cities and states all have similarly reported tiny fractions of waste.

“It’s like gold in Fort Knox,” said Dr. Ramon Tallaj, whose physician network SOMOS has been administering the vaccine in New York City.

Those giving out the vaccines are choreographing an intricate dance to ensure they are handled right. Vials of the Pfizer vaccine contain five doses — and sometimes an extra one — and Moderna’s contain 10. Clinics try not to open a new container unless they have a registered recipient scheduled to get inoculated.

At a clinic on the Hawaiian island of Kauai, Jill Price said that as the end of the day nears, if it looks as if doses will be left, calls are made to those registered for vaccinations the following day to see if they can come in right away.

“It is such a precious commodity no one wants to waste it,” Price said.

nypost.com - 2 years ago
What makes the Dodgers scary is what makes Jason Voorhees or Michael Myers scary: They are out there. Lurking. The competition not sure when they will pounce. The defending champs have set themselves up — payroll flexibility, minor league depth, a good
Read More

As Trump campaigns, Senate prepares for battle over Ginsburg vacancy

nypost.com - 2 years ago
This means war. With the presidential election only 44 days away, the death of Justice Ruth Bader Ginsburg has shaken the race between Donald Trump and Joe Biden — along with 33 U.S. Senate battles across the country — to the core. A new Trump-nominated
Read More

nypost.com - 11 months ago
Mayor Bill de Blasio said that "at least 100,000 people, and there's a strong possibility there's a lot more, are living in those apartments."
Read More