OTTAWA – Prime Minister Justin Trudeau said on Friday that Pfizer Inc’s Chief Executive Albert Bourla has reassured him it would supply Canada with 4 million doses of COVID-19 vaccine as scheduled by March 31, though the coming weeks would be challenging.
Author: Reuters
Published: 2021-01-22 02:15 pm 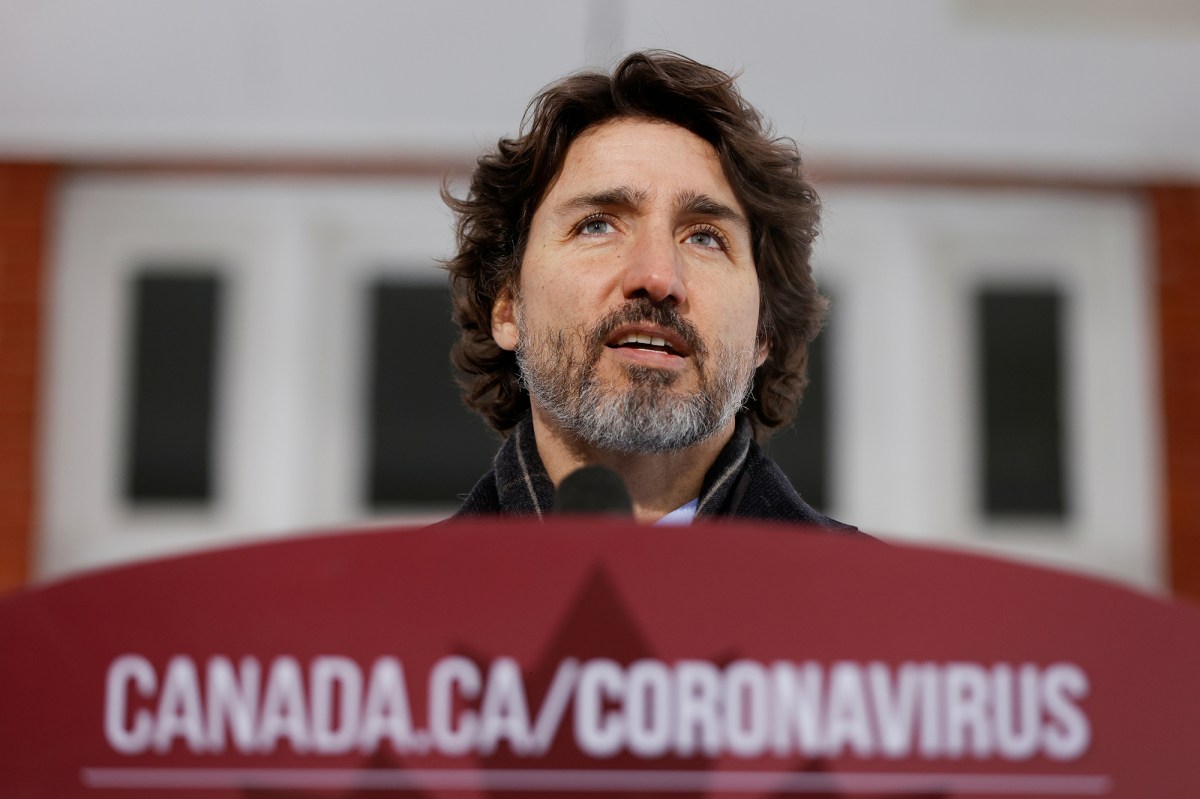 OTTAWA – Prime Minister Justin Trudeau said on Friday that Pfizer Inc’s Chief Executive Albert Bourla has reassured him it would supply Canada with 4 million doses of COVID-19 vaccine as scheduled by March 31, though the coming weeks would be challenging.

Pfizer, which is retooling a European manufacturing plant, told Canada on Tuesday it would receive none of the vaccine – developed in partnership with Germany’s BioNTech – next week, promising more pain for provinces already complaining about a shortage of supplies.

Trudeau, under pressure from federal opposition parties and some provincial premiers to do more to address the shortage, said he had spoken with the CEO and received confirmation the supplies would arrive. The company had given Canada similar indications on Tuesday.

“The next few weeks will be challenging when it comes to deliveries,” Trudeau told reporters. “That said, Dr. Bourla assured me that hundreds of thousands of Pfizer doses will be delivered the week of Feb 15 and in the weeks to follow.”

Some premiers also want the federal government to clamp down on non-essential travel by Canadians, citing a worsening second wave of the coronavirus. Trudeau said Ottawa was considering stricter measures such as forcing all arriving passengers to go into a mandatory supervised 14-day quarantine.

Pfizer said last week it would also cut supplies to European Union nations during the retooling, and the EU is also seeking clarification.

On Friday, the World Health Organization reached agreement with Pfizer for 40 million vaccine doses, allowing the agency to begin inoculating in developing nations.

nypost.com - 2 months ago
After Mississippi State and Tulsa football players broke out in a wild brawl at the end of Thursday’s Armed Forces Bowl, ESPN’s “College GameDay” analysts didn’t hold back their disgust as they discussed the Bulldogs’ win. Kirk Herbstreit, who is working
Read More

America is falling in ‘Love’ with these funky dancing robots

nypost.com - 2 months ago
Needless to say, viewers were impressed by the dance droids' dynamic display, as the clip already has more than 4 million views in less than 24 hours as of Wednesday morning.
Read More

Adam Gase is not giving up calling plays for Jets

nypost.com - 4 months ago
After meeting with his coaching staff and considering giving up play-calling duties, Adam Gase opted to remain in charge because the problem wasn’t what plays were being called, offensive coordinator Dowell Loggains said on Thursday. “Very little of it is
Read More
More News & Articles