The Week in Business: Let’s Call the Whole Thing Off 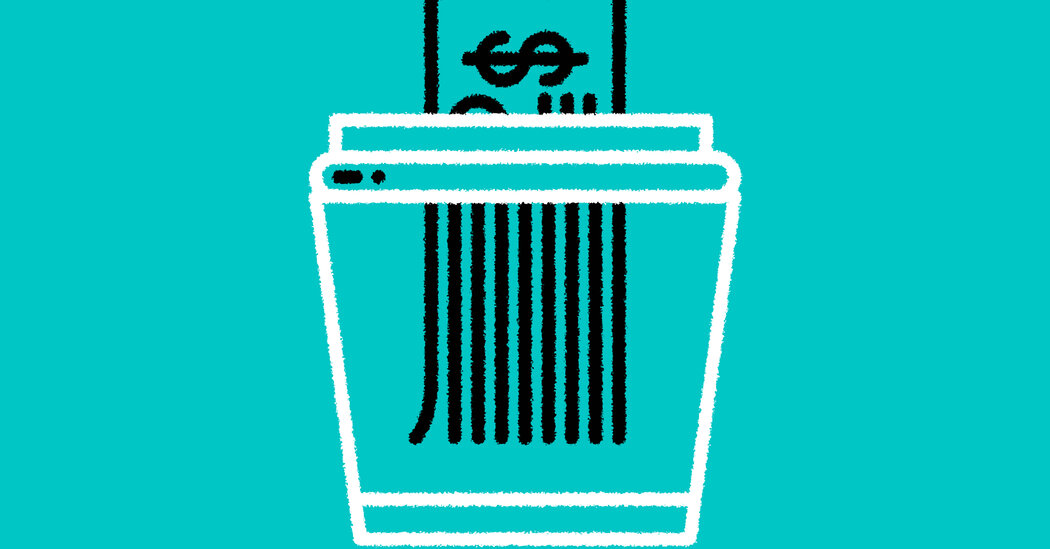 Hi everyone. Here’s your quick catch-up on the latest news in business and tech, plus what you need to know for the week ahead. — Charlotte Cowles

The odds of Congress enacting a second bailout for the U.S. economy got much smaller when a proposal from Senate Republicans was unanimously rejected by Democrats on Thursday. The plan, nicknamed the “skinny” bill because it was a slimmed-down version of a previous relief proposal, did include some federal aid for small businesses, unemployed workers, schools and vaccine development. But it wasn’t nearly enough, per Democrats, who argue that a far more comprehensive rescue plan is needed. Now it seems Congress may not agree on additional stimulus measures of any sort before the November elections — bad news for millions of unemployed Americans, as well as businesses and schools that are desperately strapped.

Speaking at a United Auto Workers Union headquarters in Michigan last week, Joe Biden gave more details about the policies he’d push to boost the country’s economic recovery if he wins the presidential election this fall. A cornerstone of his plan would involve changing the tax code to penalize companies for moving jobs abroad and reward those that operate domestically. Liberals said his proposal would help create and preserve American jobs. But conservative critics say it could push American companies to sell off their foreign operations instead of moving them back home.

Say what you want about the Kardashians, but no one can dispute that they revolutionized the monetization of fame and personal branding. What started out in 2007 as a run-of-the-mill reality show about a wealthy, attractive family, “Keeping Up With the Kardashians” has now spawned multiple beauty and fashion empires and helped make one of its cast members into a billionaire (Kylie Jenner, who leveraged the platform into a top-selling cosmetics line), at least temporarily. This past week, Kim Kardashian announced to her 188 million Instagram followers that the series will end after its 20th season, in 2021. But the family’s presence in pop culture and social media is so ubiquitous that you may not even notice their show is gone.

At first, it seemed like a fairy tale match in the world of finer things: Back in November, French conglomerate LVMH Moët Hennessy Louis Vuitton announced plans to buy Tiffany & Company for more than $16 billion, a record in the luxury industry. Then the pandemic hit, the economy imploded and LVMH got cold feet. Tiffany won’t be jilted so easily, though, and is suing LVMH in an effort to force the deal. But it may have to settle for a much lower price — or risk putting itself back on the market.

Citigroup made history when it announced that Jane Fraser would become its next chief executive and the first woman to lead a major financial institution in the United States when she takes over in February. Ms. Fraser joined the bank, the country’s third largest, in 2004 and now runs its global consumer banking business. While her promotion is certainly a step for women in finance, there’s a long way to go toward gender parity on Wall Street, where men still outnumber women by 2 to 1.

Silicon Valley’s most scandalous court case just got even stranger. Elizabeth Holmes, the former chief executive of the failed blood-testing start-up Theranos, is exploring a “mental disease” defense for her criminal fraud trial. She is accused of lying that her company’s technology could perform blood tests from a tiny finger prick, and defrauding doctors and patients who trusted the results. On Wednesday, the judge overseeing the case ruled that government prosecutors can examine Ms. Holmes for evidence of “mental disease or defect” or other mental condition “bearing on the issue of guilt,” according to the court filing.

www.nytimes.com - 5 months ago
Iraqi witnesses against Blackwater guards were promised justice after a mass killing in Baghdad in 2007. ‘Today,’ one said, the bullets still in his leg, ‘they proved to me it was just theater.’
Read More

www.nytimes.com - 2 weeks ago
Here’s what you need to know about the week’s top stories.
Read More

A Trans Woman, Back in Prison, Says Rape and Abuse Continues

www.nytimes.com - 6 months ago
Ashley Diamond became a voice for incarcerated transgender people when her lawsuit forced changes in Georgia policy. She says the state is again failing to protect her.
Read More

www.nytimes.com - 1 month ago
A manufacturing subcontractor in Baltimore mixed ingredients from the coronavirus vaccines of Johnson & Johnson and AstraZeneca, setting back U.S. production of the “one-and-done” shot.
Read More
More News & Articles