The history behind an exclusive but lesser-known presidential club 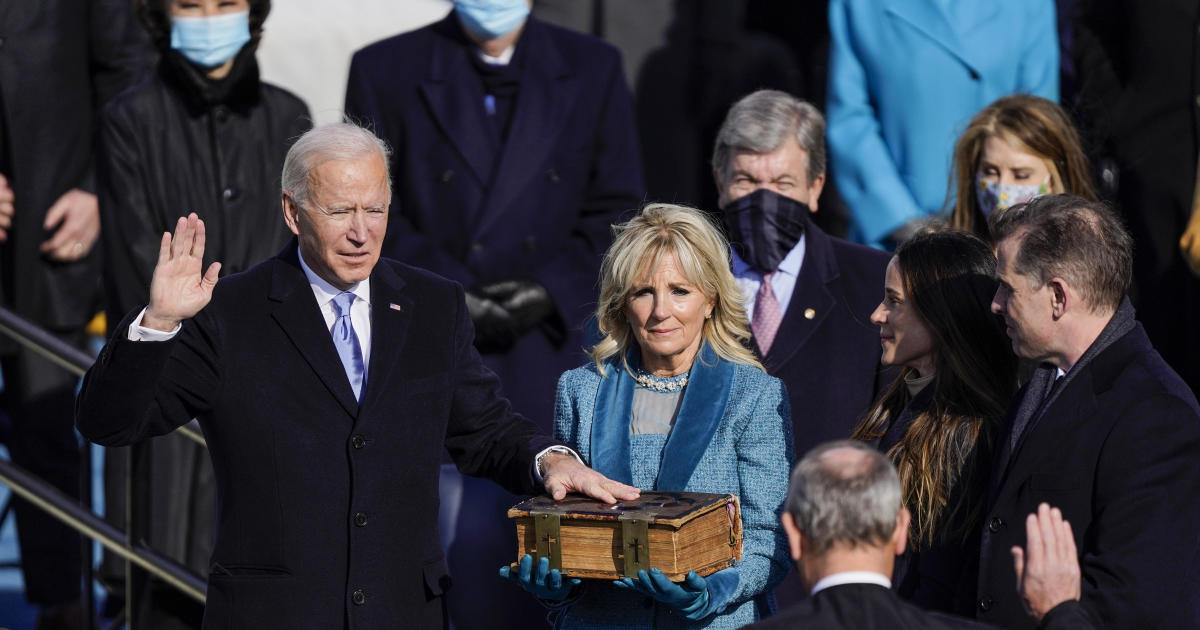 When Joe Biden was sworn in as the nation's 46th president, he joined an exclusive but lesser-known club of those who'd come before.

Joe Biden's full name is Joseph Robinette Biden Jr. He is one of 10 other commanders-in-chief through history named after their fathers. Others in the group include James Madison Jr., Theodore Roosevelt Jr. and Calvin Coolidge Jr.

"I'm not surprised that presidents or any politician would choose not to call themselves junior. Because what is the word junior but diminutive? It's saying you're lesser something, or at the very most you are a copy of something," he said. "So we see presidents who found themselves using junior throughout most of their life, but when they wanted to get a public career on their own, frankly, they wanted their own name, not to be borrowing someone else's."

The first president to carry the junior suffix was the second to hold the job: John Adams Jr.

There are plenty of club members in the modern era — including 38th President Gerald Ford who was named a junior twice. Ford was born Leslie Lynch King Jr. but his parents divorced. He would later change his name to honor his stepfather becoming Gerald Rudolph Ford Jr.

Ford's successor's name is really James Earl Carter Jr — but he turned that into Jimmy Carter throughout his political career.

Former President Barack Hussein Obama also bears his father's name, but his parents chose to add the Roman numeral II instead of the suffix junior.

George W. Bush, son of George H.W. Bush, was long known to family members as "junior," even though those varying middle initials technically keep him out of the presidential junior club.

"There's really no reason for George Bush 43 to refer to himself as junior, though of course in natural parlance people looked at the names and said they sounded alike," Engel said. "So often times throughout his early part of his life he was referred to as junior."

www.cbsnews.com - 3 months ago
Tehran's return to commitments under the 2015 agreement "can be done automatically," without negotiations, the foreign minister says, if Trump's sanctions are lifted.
Read More

For working moms, coronavirus can take a toll on careers

www.cbsnews.com - 5 months ago
Increased childcare duties during the pandemic usually falls on mothers, forcing them to sacrifice jobs and income.
Read More

www.cbsnews.com - 5 months ago
The Supreme Court is expected to hear arguments in the case of California v. Texas in November, in which opponents are seeking to strike down the Affordable Care Act. The 2010 law has helped millions of Americans obtain health care coverage. Rob Henneke,
Read More
More News & Articles