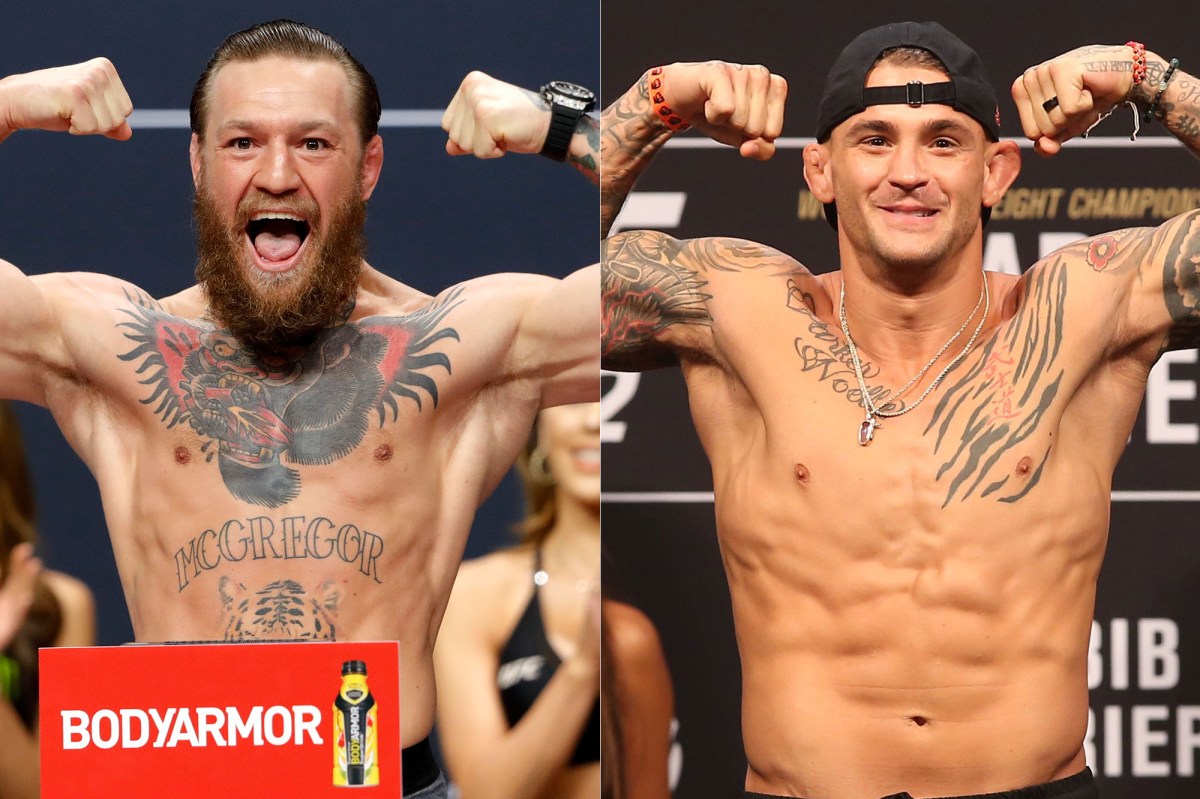 The Notorious is back.

After a year off from fighting, Conor McGregor returns to the octagon for UFC 257, taking on Dustin Poirer in a rematch of their 2014 bout.

You can watch the fight on ESPN+.

McGregor (22-4) hasn’t fought since Jan 18, 2020, taking down Cowboy Cerrone in a welterweight match that took just 40 seconds. His time away from the ring was eventful — sexual assault charges, engagement, a Logan Paul challenge, and another retirement proclamation — but the two-time champ has his sights set on a third time wearing the lightweight belt.

To get that, he’ll have to go through Poirier (26-6), who has earned plenty of acclaim since his first fight with McGregor, winning 10 fights in the years since against some of UFC’s top competition.

Awaiting the winner is likely a shot the belt, currently held by Khabib Nurmagomedov — though, the Russian retired on after his Oct. 24 win over Justin Gaethje. UFC president Dana White has been hesitant to vacate the title and believes UFC 257 could bring “The Eagle” back to the octagon.

Here’s all the info you need for the big fight:

Where is UFC 257 taking place?

That action will happen at the Flash Forum on Yas Island — aka, “Fight Island” — in Abu Dhabi.

When is the McGregor vs. Poirier fight?

What are the odds for McGregor vs. Poirier and who’s favored to win?

Is there history in the octagon between McGregor and Poirier?

It’s not the first time McGregor-Poirier has headlined a major event. The pair squared off at UFC 178 in 2014, when the Irishman was an up-and-coming star. He showed what was to come in this matchup, scoring a TKO of Poirier in just 1:46 that earned him co-Performance of the Night honors.

nypost.com - 3 months ago
Cops released footage of the man — joined by a female companion — who is suspected of shooting a 70-year-old woman sitting on an MTA bus with a bullet meant for a gangbanger. The suspect, armed with a handgun, fired multiple shots on Fulton Street near
Read More

JPMorgan Chase reportedly tells some staff to return to the office

nypost.com - 6 months ago
JPMorgan Chase executives told senior employees of the bank’s sales and trading operation that they and their teams must return to the office by Sept. 21, the Wall Street Journal reported on Thursday, citing people familiar with the matter. Trading chief
Read More

It looks like Ben Roethlisberger is returning to the Steelers

nypost.com - 7 days ago
It looks like longtime Steelers quarterback Ben Roethlisberger will be staying in Pittsburgh – but there will be cap hurdles to clear. Team president Art Rooney II said in a statement Wednesday morning that both parties met and expressed a mutual desire t
Read More

Wayfair discounts top-selling desks to under $100 for closeout deals

nypost.com - 1 month ago
With working from home having become the norm, we all know that a proper workspace is a huge part of being productive. And now you can transform you own work station thanks to some major Wayfair desk deals. Wayfair is offering some standout desk options
Read More
More News & Articles