Ty Smith set up two first-period goals to become the sixth NHL rookie defenseman to get points in his first five games, leading the Devils to an 2-0 victory over the Islanders on Sunday night at Prudential Center. Scott Wedgewood, who spent last season in
Author: Associated Press
Published: 2021-01-24 11:16 pm 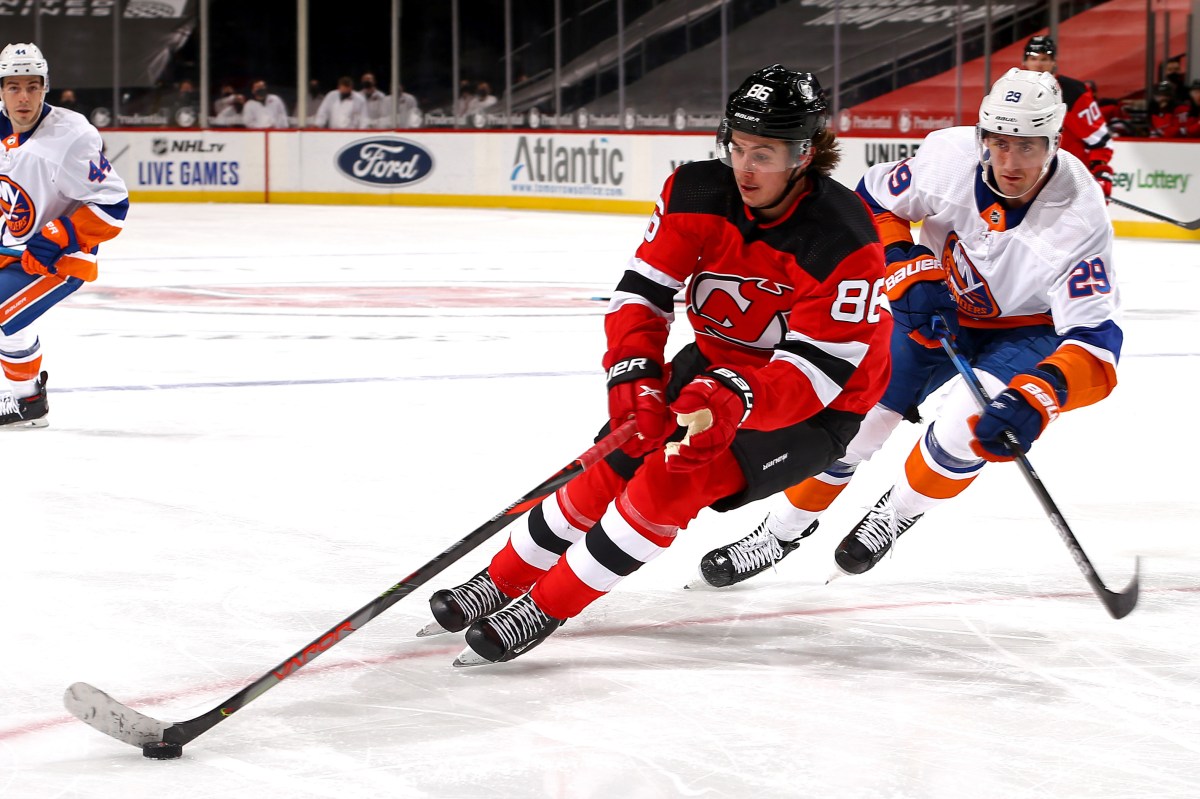 Ty Smith set up two first-period goals to become the sixth NHL rookie defenseman to get points in his first five games, leading the Devils to an 2-0 victory over the Islanders on Sunday night at Prudential Center.

Scott Wedgewood, who spent last season in the AHL, made 28 saves for his first NHL shutout since blanking the Devils in December 2017 for Arizona. The win was his first in an NHL game since February 2018.

Jack Hughes and Pavel Zajac scored two minutes apart late in the opening period as the Devils split their home-and-home series with the Islanders.

Wedgewood, who signed with the Devils as a free agent in the offseason, has started the last two games for New Jersey. No. 1 goalie Mackenzie Blackwood was placed on the COVID-19 list on Thursday, hours before the Islanders posted a 4-1 win over the Devils.

Wedgewood was at his best in the first period when he made six saves on the Islanders first power play.

Rookie Ilya Sorokin made 22 saves in his second career game. He started against the Rangers and the Islanders also were shut out.

Hughes, who had seven goals last season after being picked first overall in the 2019 draft, got his third of the season with a power-play goal from the left circle at 17:00. Smith had the primary assist on a play Islanders penalty-killer Cal Clutterbuck broke his stick.

Zacha doubled the margin two minutes later, putting in the rebound of a Nikita Gusev shot past Sorokin. Smith had the second assist.

The last rookie defenseman to score in five straight games to start his career was Cale Makar of Colorado in 2019.

Can glass made from wood save energy? Scientists think so

nypost.com - 3 weeks ago
Scientists with the Forest Products Laboratory have developed a wood-based material as thin and transparent as glass, yet lighter, more durable and energy-efficient -- with the "potential to outperform glass ... in nearly every way."
Read More

nypost.com - 4 months ago
The MTA is blaming the NYPD for rising subway crime rates — accusing cops of failing to show up when riders need them most. NYPD stats from the first nine months of 2020 show dramatic drops in police activity on the subway, even as underground crimes
Read More

nypost.com - 4 months ago
Cleveland Browns GM Andrew Berry is dumping cold water on the same old hot topic. Days after inscrutable wideout Odell Beckham suffered a torn ACL in the Browns’ Week 7 win over the Bengals, his future with the team was once again being debated by NFL
Read More
More News & Articles