Tom Brady has deftly avoided any Bill Belichick drama since their Patriots divorce this offseason. Tom Brady Sr., though, not so much. The father of the now Buccaneers Super Bowl quarterback took a little bit of a dig at Belichick in an interview with the
Author: Justin Terranova
Published: 2021-01-26 09:21 am 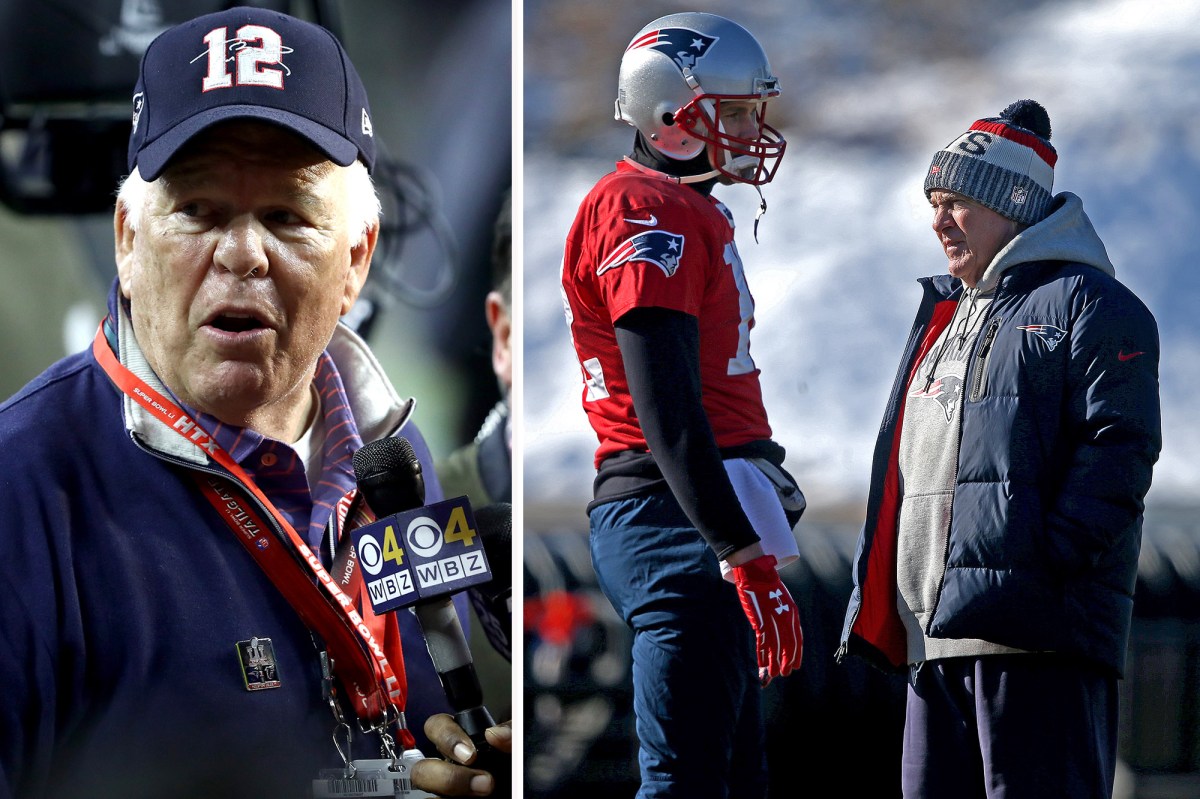 Tom Brady has deftly avoided any Bill Belichick drama since their Patriots divorce this offseason. Tom Brady Sr., though, not so much.

The father of the now Buccaneers Super Bowl quarterback took a little bit of a dig at Belichick in an interview with the Boston Herald.

In their first year apart after two decades together, Brady led the Buccaneers to Super Bowl 2021, while Belichick’s Patriots floundered to a 7-9 mark.

Brady Sr. talked glowingly of Robert Kraft, who reached out to Brady after the quarterback’s NFC Championship triumph on Sunday, and his sons. He conspicuously did not mention Belichick, however.

“Robert (Kraft)’s been a spectacular owner for 25 years. He is sincere in his feelings for Tommy when he expresses his feelings, and it’s vice versa,” said Brady. “Tommy feels the same way with Robert Kraft. He has an extraordinarily close relationship with him. I know Robert is rooting for Tommy right now. As I know Jonathan, Danny and the whole family. There’s no question about that.”

There have been whispers of a worsening relationship between Brady and Belichick in their final years together. Little has happened since their split to dispute that.

“I thought it was going to be a good move for him whatever happened,” said Brady Sr, who opened up about he and his wife’s coronavirus battle in a separate interview Monday.

“But I also thought it was going to be good for the Patriots, because that’s what was in the cards. That was the direction it was headed.”

Instead, the Patriots waited most of the offseason before signing Cam Newton to a one-year deal. Newton’s running ability added a different element to the Patriots offense, but his accuracy and arm strength were a season-long detriment to the team.

Brady, meanwhile, appeared energized by the change of scenery — and the explosive weapons surrounding him in Tampa that he lacked in New England certainly didn’t hurt.

“He is every bit as much enthused about winning the Super Bowl this year for his teammates than he is for himself,” Brady’s father said. “He said, ‘I’ve done this before, and it’s really cool. But there’s a lot of guys who haven’t done this. And this is what’s going to be crazy exciting for me.’’’

What to make of Giants’ offensive line youth movement

nypost.com - 2 months ago
The Giants are masters at figuring out how to get younger on the offensive line. Getting better is the difficult part. Just when it looked like the offensive line wasn’t going to be a major offseason emphasis for the first time in a decade, the Giants cut
Read More

‘Space hurricane’ spotted above Earth for the first time ever

nypost.com - 2 months ago
A first-ever “space hurricane” was spotted whirling above the Earth, scientists said. The 600-mile-wide mass of plasma occurred several hundreds of miles above the North Pole, according to a study in the journal Nature Communications. “Until now, it was
Read More

nypost.com - 1 month ago
The extended video shows the moments after a worker closed the door on the 65-year-old victim after she was knocked to the ground and repeatedly kicked by convicted murderer Brandon Elliot.
Read More