Subway’s tuna doesn’t actually have tuna in it, suit claims

Two California women claim Subway’s tuna sandwich actually contains not a “scintilla” of the fish — and that they were duped by the fast-food joint’s claims, a new $5 million lawsuit alleges. Karen Dhanowa and Nilima Amin, both of Alameda County, Calif.,
Author: Priscilla DeGregory
Published: 2021-01-28 03:40 pm 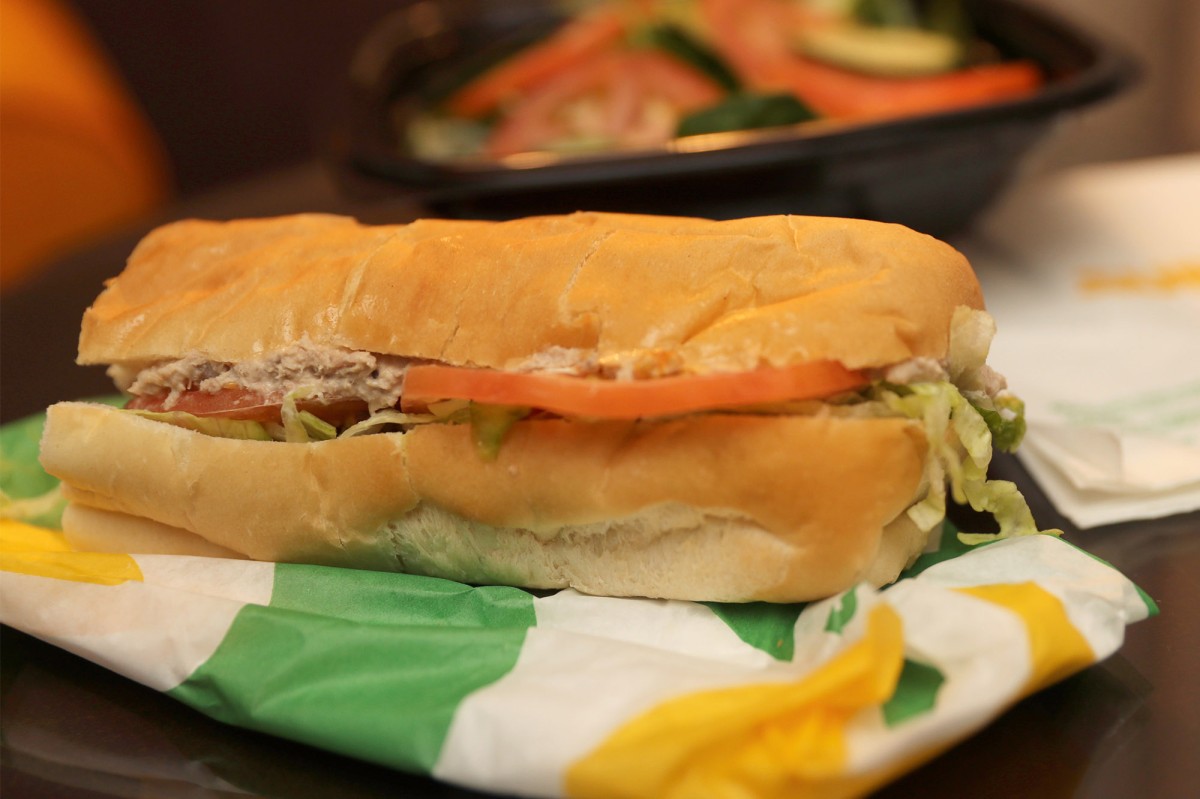 Two California women claim Subway’s tuna sandwich actually contains not a “scintilla” of the fish — and that they were duped by the fast-food joint’s claims, a new $5 million lawsuit alleges.

Karen Dhanowa and Nilima Amin, both of Alameda County, Calif., say they ordered tuna from the sandwich giant at locations near their home as recently as last year, according to a federal lawsuit filed in the Northern District of California last week.

But, “independent testing has repeatedly affirmed, the products are made from anything but tuna,” the court papers allege.

“The filling in the products has no scintilla of tuna at all,” the suit claims.

In fact, Subway’s tuna is “made from a mixture of various concoctions that do not constitute tuna, yet have been blended together by defendants to imitate the appearance of tuna,” the court documents claim.

Subway has done this in an effort to save money since the blended non-tuna product costs less, the filing alleges.

“Aware that consumers place a heightened value on tuna as an ingredient, defendants deliberately make false and misleading claims about the composition of the products to increase profits at the expense of unsuspecting buyers,” the suit charges.

Dhanowa and Amin “were tricked into buying food items that wholly lacked the ingredient they reasonably thought they were purchasing,” the court papers allege.

If they had known the truth they wouldn’t have bought Subway’s tuna or they would have paid much less for it, the suit says.

The women are asking a judge to allow them to file the suit as a class action so that others who have bought Subway’s tuna can also “seek reimbursement of the premium” they paid “due to defendants’ false and deceptive representations about the composition and ingredients of the products,” the court papers allege.

A Subway spokesperson called the claims “baseless” and “frivolous” adding that they “are being pursued without adequate investigation.”

“There simply is no truth to the allegations in the complaint that was filed in California,” the spokesperson said in a statement. “Subway delivers 100% cooked tuna to its restaurants, which is mixed with mayonnaise and used in freshly made sandwiches, wraps and salads that are served to and enjoyed by our guests.”

The spokesperson said that the quality and taste of their tuna makes it one of their most popular products.

The allegations “threaten to damage our franchisees, small business owners who work tirelessly to uphold the high standards that Subway sets for all of its products, including its tuna,” the rep said.

“Unfortunately, this lawsuit is part of a trend in which the named plaintiffs’ attorneys have been targeting the food industry in an effort to make a name for themselves in that space,” the rep alleged.

“Subway will vigorously defend itself against these and any other baseless efforts to mischaracterize and tarnish the high-quality products that Subway and its franchisees provide to their customers, in California and around the world, and intends to fight these claims through all available avenues if they are not immediately dismissed,” the statement continued.

This is not the first legal battle that the fast food franchise has faced. In September, Ireland’s Supreme Court ruled that their was too much sugar in its sandwiches for it to be considered “bread” — a legal distinction that could have given the company a tax break.

Teen who was crushed by forklift opens up about amputation

nypost.com - 1 year ago
This teen is living his best life, despite the odds.
Read More

nypost.com - 1 year ago
The South Korean record label behind the wildly popular K-pop band BTS priced its initial public offering at the top of its target range after a flurry of interest from investors. Seoul-based Big Hit Entertainment will list its shares at 135,000 won, or
Read More

nypost.com - 1 year ago
A Russian university student living in a remote Siberian village has been climbing atop a birch tree in order to obtain internet access for online learning. Alexei Dudoladov, 21, a student at the Omsk Institute of Water Transport, has documented his
Read More

The Bronx and Manhattan have NYC’s dirtiest streets: mayoral scorecard

nypost.com - 1 year ago
The Bronx and Manhattan rank the lowest on a mayoral scorecard for the cleanliness of city streets, as garbage has piled up in the boroughs following $100 million in cuts to the Sanitation Department. “This isn’t a surprise. Every day, Bronxites see and
Read More
More News & Articles