Tanzania’s president is openly expressing doubt about COVID-19 vaccines and accusing people who were vaccinated outside the East African nation of bringing new infections into the country
Author:
Published: 2021-01-29 02:22 am 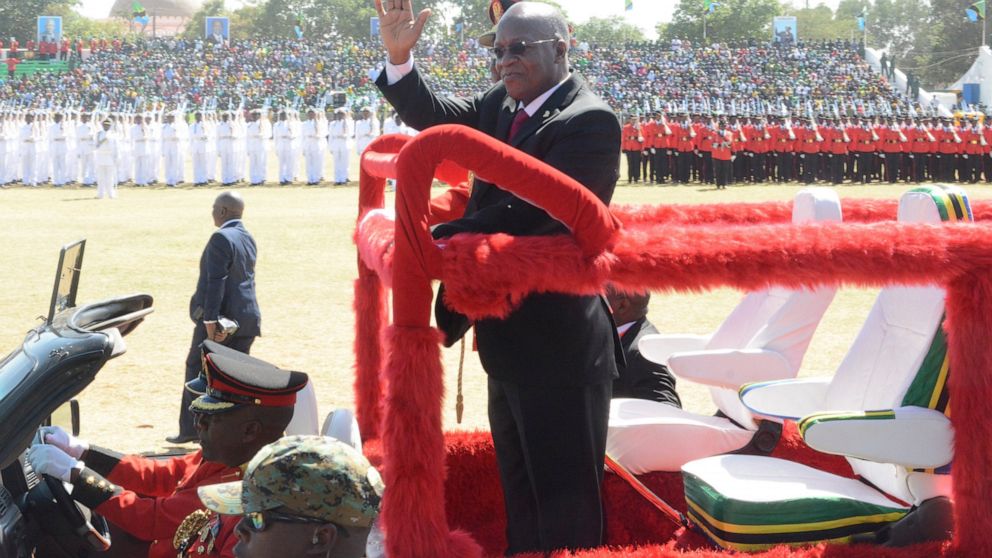 NAIROBI, Kenya -- Tanzania’s president on Wednesday openly expressed doubt about COVID-19 vaccines and accused people who were vaccinated outside the East African nation of bringing new infections into the country.

"If the white man was able to come up with vaccinations, then vaccinations for AIDS would have been brought, tuberculosis would be a thing of the past, vaccines for malaria and cancer would have been found,” President John Magufuli said during an event in his hometown.

He also warned against Tanzanians being used as “guinea pigs” for the vaccines.

But now other authorities in the country, including the Catholic church, appear to be pushing back as parts of the African continent see a strong second surge in virus infections.

Magufuli also suggested that donated vaccines are part of a conspiracy to steal Africa's wealth: “Don’t think you are loved so much. Tanzania is rich. Africa is rich. Everyone wants a piece of it."

The president in the past has told Tanzanians not to implement social distancing while encouraging them to use untested herbal remedies to treat the disease. He also questioned the credibility of donated virus tests.

Some people who opposed the government's stance that Tanzania was coronavirus-free were arrested and charged.

Magufuli won a second five-year term in office in an October election which opposition leaders blasted as a “butchering of democracy.”

Between the economy and pandemic, Biden keeps his advantage nationally: POLL

abcnews.go.com - 5 months ago
He retains a 10-point national lead in a head-to-head match up with Trump.
Read More

US successfully intercepts ICBM with ship-launched missile in historic test

abcnews.go.com - 3 months ago
In a first of its kind test the United States has successfully used a small ship-fired missile to intercept a target ICBM, according to the Missile Defense Agency.
Read More

abcnews.go.com - 2 weeks ago
Many of the United States' COVID-19 deaths could have been avoided if the U.S. death rate had been more in line with other industrialized nations'.
Read More

Agency to vote on fracking ban near Delaware River

abcnews.go.com - 12 hours ago
A regulatory agency that’s responsible for the water supply of more than 13 million people in four states is scheduled to vote Thursday on a proposal to permanently ban natural gas drilling and fracking in the watershed
Read More
More News & Articles