"Lady Day" turned a lifetime of pain into immortal lyrics, with a voice that still haunts decades after her death. A new film, "The United States vs. Billie Holiday," chronicles the government's persecution of the jazz singer.
Author:
Published: 2021-01-31 10:18 am 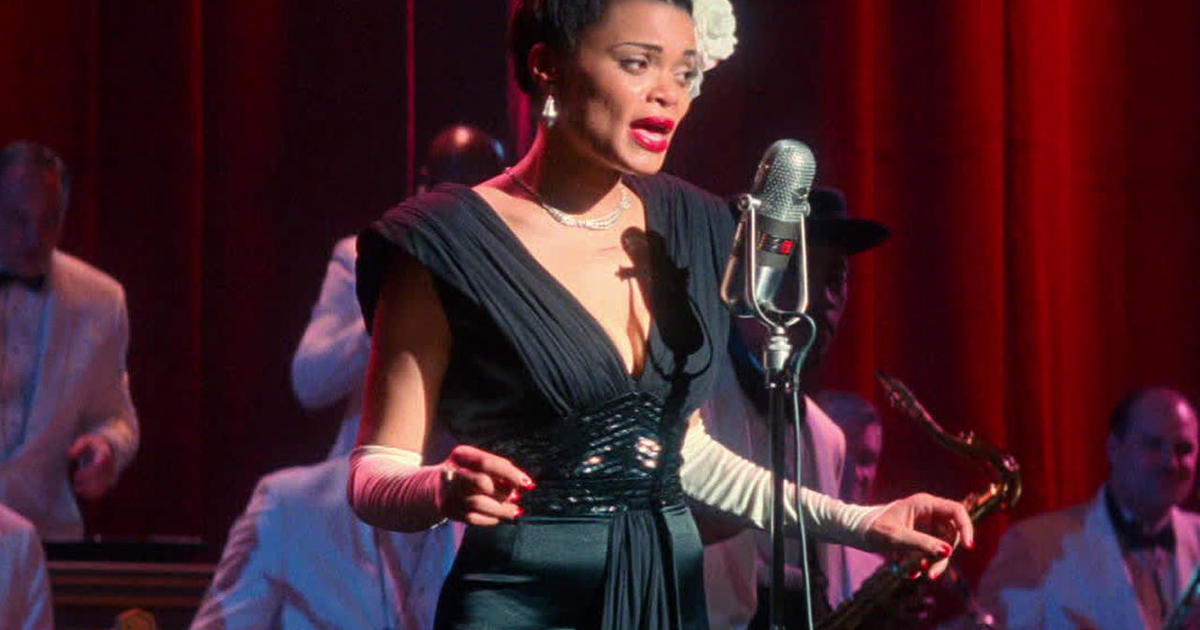 In 1957, the CBS program "The Sound of Jazz" captured Billie Holiday at her best, singing about love and heartbreak as only she could:

But the song "Lady Day" made most famous had nothing to do with love.

"Strange Fruit," first recorded in 1939, was a protest song about the lynching of African Americans in the South. The song rankled some elements of the White establishment, and Holiday was told to quit singing "Strange Fruit" … or else.

Daniels, the Oscar-nominated director of "Precious," is the force behind "The United States vs. Billie Holiday," a new film debuting next month on Hulu, about Lady Day's prosecution by what was then the Federal Bureau of Narcotics.

Daniels said, "They sent her to jail. They planted drugs on her. They gave her boyfriends, her managers drugs to plant on her. They were after her."

The lead role of Billie Holiday is practically inhabited by singer-songwriter Andra Day. In fact, her last name, Day, is actually a stage name she picked years ago as an homage to Lady Day.

By the way, this is her first acting job, ever.

To watch a trailer for "The United States vs. Billie Holiday" click on the player below:

Smith asked Day, "So, when you first heard about this role, playing Billie Holiday, did you think, 'I have to do this'?"

"No. I thought, 'I definitely have to get out of this somehow. I have to not do this!'" Day replied. "You know, I don't, there's probably no better way to say this: I didn't want to suck."

"I was certain that I was gonna be terrible."

And Daniels wasn't exactly keen on her, either: "Everyone was telling me that I had to meet with her. So, I begrudgedly met with her."

"Really? It was reluctant?" asked Smith.

"Yeah. I'd interviewed some incredible actors. And, I don't like being told what to do."

But Daniels said his heart melted once he met her, and she got the part.

To make up for her lack of acting experience, Andra became kind of a Billie Holiday expert. She read just about everything ever printed about her, and carried it around with her in an over-stuffed shopping bag. She laughed when asked if she will ever through the bag away. "Probably never!"

Until now, Andra Day was best known for the song "Rise Up":

It might as well have been soundtrack of her own upbringing in San Diego, California.

"We didn't have much money," she said. "Oftentimes, we didn't have any money. You know, I look back at memories sometimes of us like, for instance, sleeping in our van or, you know, but it's like I don't remember any of that. As kids, none of that really touched us, because I think both of our parents made sure we had a lot of love and a lot of support."

Her big break came in 2010 when Stevie Wonder happened to hear her sing, which led to her first album, a pair of Grammy nominations, and eventually the role of a lifetime.

You might remember the first big-screen bio-pic about Billie Holiday:  1972's "Lady Sings the Blues." For Daniels, that movie was a life-changer.

"I saw 'Lady Sings the Blues' when I was 13 years old in Philadelphia," he said. "And that movie inspired me to become a director. I had never seen anything like it. It was two Black people in love. Diana Ross, Billy Dee Williams, the most beautiful couple ever. Fashion. Music. It just felt like the world that I knew. And I had never seen that before."

But Daniels said the story he wanted to tell was about how Billie Holiday risked her career and her freedom for civil rights.

Smith asked, "Do you hope that this changes how people see Billie Holiday?"

But the film doesn't pull any punches in showing the reality of Holiday's life – a woman who endured decades of abuse and drug addiction, until her untimely death at age 44.

For Andra Day, just playing Holiday was an emotional roller-coaster ride, and when Smith spoke with her recently, it was clear that the ride hasn't quite ended.

"Completely life-changing. And I get emotional, thinking and talking about it, because I'm very, very grateful to everybody on the set," Day said, tearing up. "S***. Sorry."

"Honestly, I was not ready to let her go."

"I don't know,' Day said. "There were just places of freedom that I feel like I was able to go to, as her, that I was never comfortable going in my own personal life."

But Day told us that the torment was worth it, and right now her name is part of just about every conversation about awards.

Smith said, "I know this is an awkward question, but I'm going to ask you  anyway: You know there's Oscar buzz."

Billie Holiday knew that if you risk nothing, you gain nothing. It seems the woman who plays her knows that, too.

Ryan: After 5 years in office, all Democrats have to show is a lousy website

www.cbsnews.com - 3 weeks ago
During his speech at CPAC 2014, Rep. Paul Ryan, R-Wis., slammed President Obama’s budget and criticized the Democrats for being “out of ideas.”
Read More

www.cbsnews.com - 1 week ago
The U.S. Capitol Police inspector general slams the department for failing to properly prepare for the January 6 riot, in a report obtained exclusively by CBS News. Reporter Cassidy McDonald read through the whole report and breaks it all down on CBSN.
Read More

Why being near water washes away stress

www.cbsnews.com - 2 weeks ago
The ocean, a scenic lake or a rolling river seem to make stress just melt away. And it turns out, there’s real science behind it. The new book “Blue Mind,” explains the restorative effect. Ben Tracy reports.
Read More

Which states are still in play in the historic 2020 election?