A Georgia police chief and an officer have been removed from their roles for making racist remarks on bodycam footage ahead of a Black Lives Matter protest, city officials said. Hamilton police Chief Gene Allmond and Sgt. John Brooks were caught using
Author: Joshua Rhett Miller
Published: 2021-02-01 11:10 am 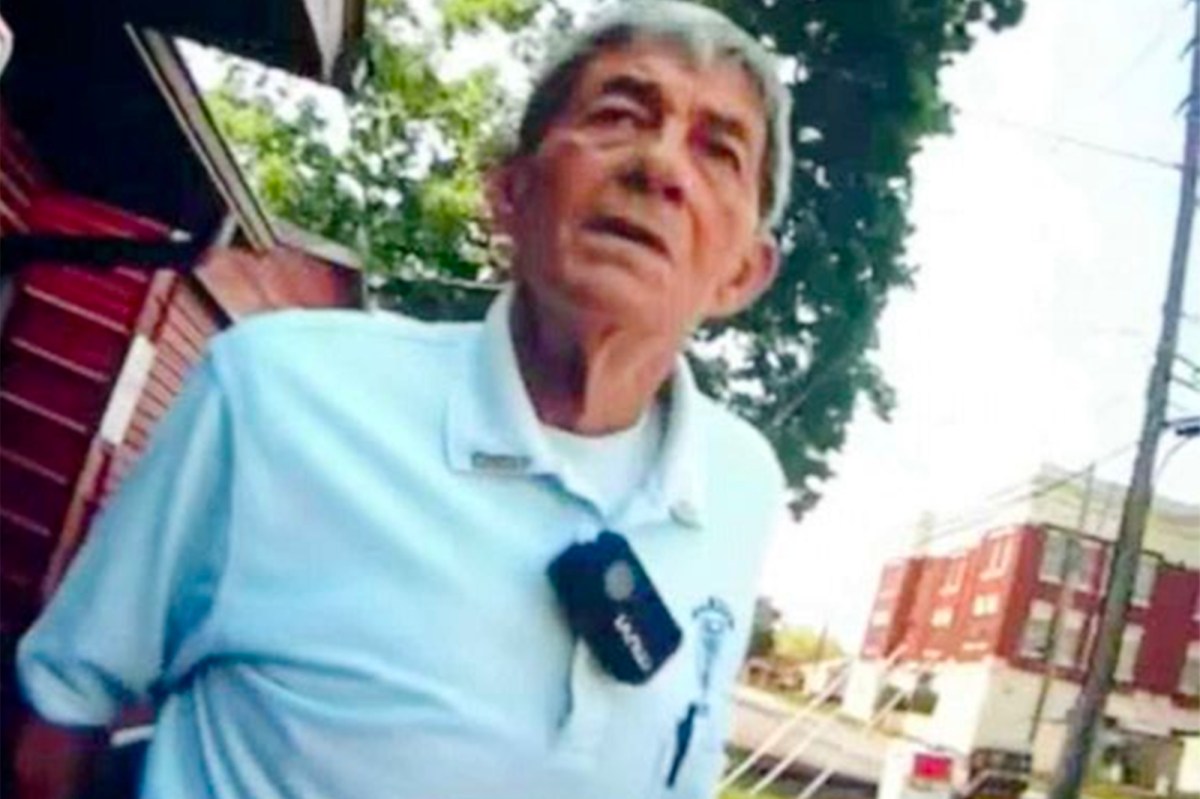 A Georgia police chief and an officer have been removed from their roles for making racist remarks on bodycam footage ahead of a Black Lives Matter protest, city officials said.

Allmond and Brooks were unaware they were being recorded hours before a June BLM rally in Hamilton, where a part-time city employee checking to see if a police body-camera still worked later found the clip and reportedly took it to the mayor’s office.

“Protests, son of a bitch, what is the matter with these f—king people?” Allmond asked Brooks, a transcript shows. “My folks didn’t own no slaves.”

“Hey, hey,” Brooks replied, according to the transcript.

“You know, what are we talking about?” Allmond continued. “200 f—king years ago?

The chief went on to say that blacks were “mistreated” during the “slave times” but claimed they had received housing and food for their labor.

“And now, we give them all those things and they don’t have to work,” Brooks replied, according to the transcript.

At another point during the six-minute clip, Brooks used a racial slur to say he’d rather “f–k” Atlanta Mayor Keisha Lance Bottoms rather than Abrams, who previously ran for governor as a Democrat in Georgia.

The footage got so “ugly” that no one on the Hamilton City Council could watch the entire exchange, an assistant for Hamilton Mayor Julie Brown told WRBL.

“We wanted them off the force because we don’t want that kind of ugliness here in Hamilton,” Brown said. “Race, I don’t think has been an issue here. At least it hasn’t been in the 37 years I’ve been here, and we just didn’t want that, especially now in this day and age we want more unity. The whole country needs more unity, we need to heal, so we didn’t want anything stopping that.”

Allmond resigned on Jan. 25, while Brooks was terminated.

The city’s attorney, meanwhile, said action had to be taken after watching the clip.

“After reviewing the footage, I think it speaks for itself,” Ron Iddins told WRBL. “The city, it’s failure to take action at that point and time would have been inexplicable. It had to be done.”

nypost.com - 1 year ago
Magenta-clad T-Mobile CEO John Legere announced plans to leave his post Monday as the wireless carrier prepares to merge with Sprint. Legere — known for his shoulder-length mane and brash personality — will step down when his contract ends April 30 of nex
Read More

nypost.com - 7 months ago
Cappie Pondexter is missing again. The former WNBA Finals MVP, who was reported as a missing person and later found to have been arrested without identification on her, has not been located since being released from a Los Angeles jail Thursday, according
Read More

nypost.com - 7 months ago
Sam Darnold has an Instagram account, and it’s not like he lives in a cave without WiFi access. Of course he’s heard the speculation about the winless Jets possibly being headed for the No. 1-overall pick in the 2021 draft, with a chance to nab projected
Read More