Hey, Whatever Happened to the Half-Slip?

Rumors of the death of the half-slip, an undergarment seen as A remnant of an old-fashioned way of dressing, have been greatly exaggerated.
Author: Vanessa Friedman
Published: 2021-02-05 05:06 pm 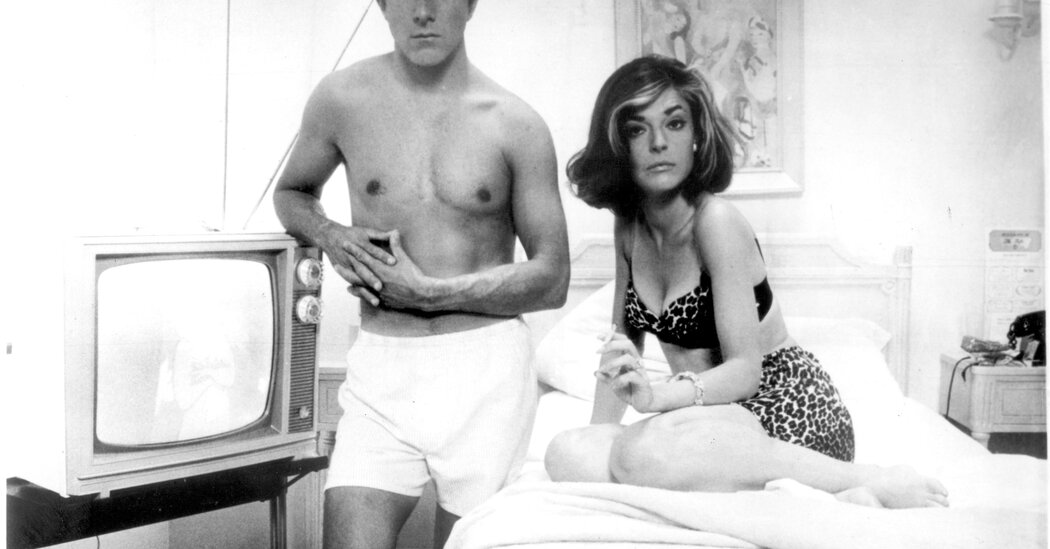 Half-slips, those underskirt slithers of fabric often associated with the middle of the last century, have gotten a bad rap recently. They’re seen as remnants of an old-fashioned way of dressing, crushed under the spandex fist of shapewear. But think of the great moments in culture that would have been lost without them. Anne Bancroft, seducing Dustin Hoffman in leopard print in “The Graduate.” Janet Leigh, in bra and lace-trimmed half-slip on the poster for “Psycho.” Patty Duke in “Valley of the Dolls.”

Part of this has to do with the general evolution of dress, and the twin tides of athleisure and comfort dressing, which have veered increasingly toward fewer and fewer layers. This has been exacerbated, of course, by our current at-home reality, which has pretty much put an end to the need for fancy lingerie in favor of all-pajamas-all-the-time (though there is an argument to be made about the psychological benefits of nice underpinnings as a form of self-care).

It also has to do with association and the sense that slips belong to the rules of a different generation, which we have left behind along with other outdated notions, like women belong in the kitchen not the C-suite, and white should not be worn after Labor Day.

As Cora Harrington, the author of “In Intimate Detail: How to Choose, Wear, and Love Lingerie” and The Lingerie Addict blog, pointed out when I emailed her for an expert opinion, “It certainly doesn’t help that the slip’s most passionate fans tend to use language like ‘old-fashioned modesty’ when describing reasons to wear one.”

Still, she said, despite the fact that slip sales have been decreasing, “nothing really ‘disappears’ in intimate apparel. In fact, a number of brands have brought slips back into their regular product lines.” Case in point: offerings from Natori, Jockey and Vanity Fair. Not to mention Skims. Yes, even Kim Kardashian West, avatar of the undergarment, sees the half-slip point.

Indeed, given the fact that the fashion world obeys many of the same Newtonian laws as the natural world — namely, what goes up must come down — it’s a pretty safe bet that what is out will be in again. And Ms. Harrington points out that half-slips are probably moving into the “vintage-style shapewear” category of girdles and corselettes, where they cease being merely passé and become prized by connoisseurs of elaborately worked, historic fancy dress.

In fact, she said, “When you do see slips, they’re far more likely to be worn as outerwear than underwear these days.”

Every week on Open Thread, Vanessa will answer a reader’s fashion-related question, which you can send to her anytime via email or Twitter. Questions are edited and condensed.

www.nytimes.com - 4 months ago
President-elect Joseph R. Biden Jr.’s assertive use of executive authority is intended to overturn what aides have described as “the gravest damages” President Trump inflicted on the country.
Read More

www.nytimes.com - 5 months ago
Body cameras are brimming with possibility, but they’re not a magic remedy for misconduct.
Read More

www.nytimes.com - 5 months ago
New guidelines mean that travel visas for China’s 92 million party members will be limited to one month, single entry — if the State Department can figure out who they are.
Read More

www.nytimes.com - 8 months ago
Dozens of worshipers were severely burned in the blast on Friday night just outside Dhaka.
Read More
More News & Articles