Chiefs, Buccaneers went through dark times not long ago

How bad were the 2012 Kansas City Chiefs? This bad: The 2-14 record they compiled wasn’t the worst thing that happened to them. Neither was the fact that they were outscored 425-211, nor that the fans that did bother to show up at Arrowhead came to cheer
Author: Mike Vaccaro
Published: 2021-02-06 07:00 pm 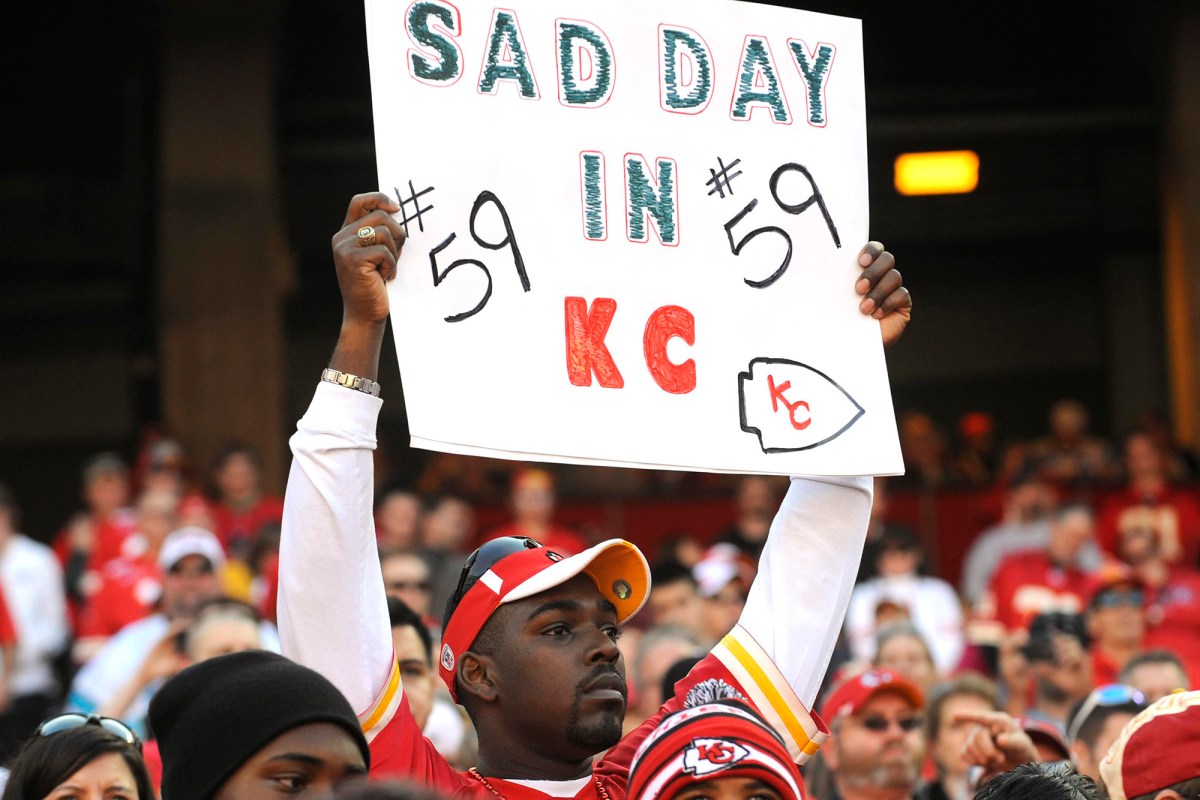 How bad were the 2012 Kansas City Chiefs?

This bad: The 2-14 record they compiled wasn’t the worst thing that happened to them. Neither was the fact that they were outscored 425-211, nor that the fans that did bother to show up at Arrowhead came to cheer Matt Cassel getting sacked in the hope he would get hurt in the hope the Chiefs would turn to Brady Quinn — Brady Quinn! — or that they are, by acclamation, considered the worst team in Kansas City’s 60-year football history.

No, the worst moment came on Dec. 1 of that year when a troubled linebacker named Jovan Belcher killed his girlfriend at their home, drove to Arrowhead, summoned coach Romeo Crennel, general manager Scott Pioli and linebackers coach Gary Gibbs and committed suicide in front of them.

“There isn’t a word to describe how low that season was for all of us,” Chiefs owner and CEO Clark Hunt said earlier this year. “It was just a terrible experience for everyone who cares about this team.”

How bad were the 2014 Tampa Bay Buccaneers?

Well, put it this way: Nobody will ever dispute that the 1976 Bucs were the worst team in team history, because they are almost certainly the worst team in NFL history, football’s answer to the 1962 Mets, an 0-14 calamity whose closest game was a 13-10 slogging loss to fellow expansion team Seattle, whose average game looked like this — Opponents 29, Bucs 9 — and of whom coach John McKay famously said, when asked about his team’s execution: “I’m in favor of it.”

And yet, when a local newspaper polled readers as to the worst team in Tampa Bay history after that 2-14 2014 season was over, the results came in this way: 1976, 59 percent; 2014, 41 percent. The fact that 41 percent of Bucs fans tells you the ’14 team might’ve been worse than the worst team in the history of the sport … yes, that says something.

“This has been a difficult year,” then-Tampa Bay coach Lovie Smith said after the Saints avenged one of the Bucs’ two wins with payback victory to close out the season. “For all of us.”

Sunday, the Chiefs and the Buccaneers will meet in Super Bowl 2021, and if their presence in the Big Game proves one thing, it is that there really can be life after calamity. And in the NFL, 2-14 is calamitous. The Jets were 2-14 this year, you might have heard. The Giants were three times as good as that, 6-10, but there will be no movies made about them, either.

What’s curious about both teams, too, and what makes their rehabilitation especially relevant to the Jets is this: Neither was rescued by a dramatic draft pick that came along with having that deplorable record.

In Kansas City’s case, it was a result of poor — or at least unfortunate — timing. There were two quarterbacks picked in the first two rounds of the 2013 draft — E.J. Manuel to the Bills at No. 16, Geno Smith to the Jets at 39 — so there was no automatic franchise changer available. Instead, the Chiefs picked tackle Eric Fisher out of Central Michigan, who has been a steady anchor on their offensive line ever since (though he’s out of this game after tearing his Achilles in the AFC Championship).

In Tampa Bay’s case, there was a no-brainer QB available in the 2015 draft, who was believed to be a can’t-miss gamble. And though Jameis Winston had his moments with the Bucs — throwing for 5,109 yards last year — he never shook a troubling habit of throwing the ball to the other team. Which is why he’s in New Orleans now.

So neither team got here the easy way, and both simply went about the business of building quality rosters. For the Chiefs, that started two rounds after they took Fisher, when they selected a tight end out of Cincinnati named Travis Kelce with the first pick of the third round. And in the second round in 2015, the Bucs began building their offensive line, taking both Donovan Smith and Ali Marpet.

Of course the big tickets arrived later — Patrick Mahomes through the draft for the Chiefs, Tom Brady via free agency for the Bucs — but their rebuilding processes were both deliberate and smart, and here they are. Matching 2-14 survivors who lived to tell the tale.

nypost.com - 1 year ago
Take all the new analytics and toss them to the side here. We are going to deal with batting average, pure and simple. How many times did he take a swing and how many times did he get a hit? “Now batting, number 69 [years old], Dave Gettleman, number 69.’
Read More

Why college basketball bettors must consider strength of schedule

nypost.com - 2 months ago
Some teams have been tested a lot more than others, particularly in the Group of 5.
Read More

Man arrested over parking turf war: ‘It truly is prison rules out there’

nypost.com - 1 year ago
The battle for control over Ebony and Jet magazines is coming to a head in federal bankruptcy court in Texas next week. The publisher of the two storied publications, which have chronicled black culture in America for more than 75 years, is facing a
Read More
More News & Articles