All eyes will be on Tom Brady and Patrick Mahomes on Sunday, but it will be impossible to write Super Bowl 2020’s history without No. 53, who will be wearing stripes. When Sarah Thomas takes the field as the down judge, she will become the first female to
Author: Kirsten Fleming
Published: 2021-02-07 11:00 am 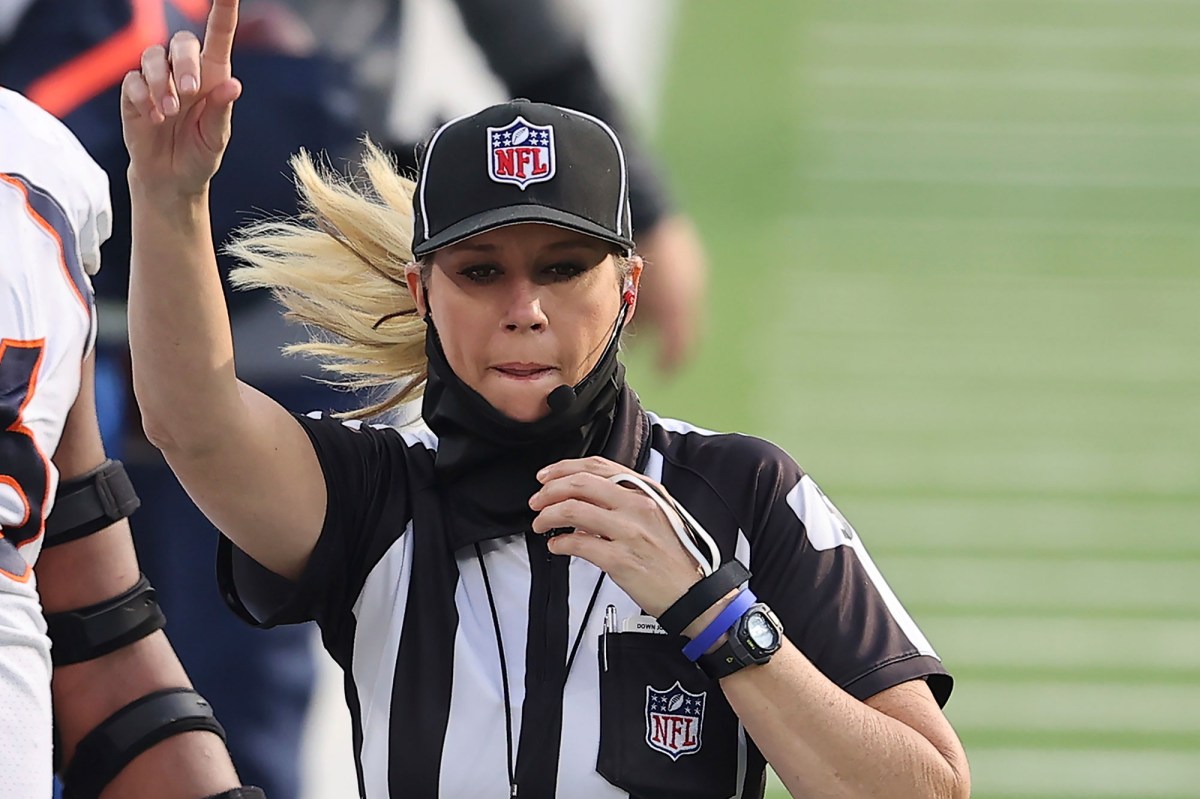 All eyes will be on Tom Brady and Patrick Mahomes on Sunday, but it will be impossible to write Super Bowl 2020’s history without No. 53, who will be wearing stripes. When Sarah Thomas takes the field as the down judge, she will become the first female to officiate a Super Bowl.

Upon learning of her historic assignment, Thomas, 47, placed a phone call to the man who first hired her for the college ranks.

“She was emotional when she was telling me,” Gerald Austin, a former NFL official and head of officiating for Conference USA, told The Post. “And the first thing I told her was, ‘Look, you’ve worked hard. You’ve had obstacles to overcome and you’ve earned it. Don’t let anybody tell you differently. I’m proud of you.’ ”

It has been a relatively meteoric rise for Thomas, a Mississippi native and mother of two teen boys and a young daughter. She entered the league in 2015, becoming the first full-time female official, and has continued to break gender barriers across the sport. In 2019, she officiated her first NFL playoff game.

“I say that all the time people think that Sarah Thomas just arrived on April 8 of 2015, but there’s so much more to my story, and that’s like with anyone,” she told “Bridge the Gap,” a healthcare focused podcast. “Every one of us have a story, and yes, I’m sitting here talking about all the good stuff. I mean there’s been many valleys that I’ve gone through.”

She was born into a sports family. Her paternal uncle was drafted by the Pittsburgh Pirates and her aunt, Jill Upton, coached the 1973 USA World University Games basketball team, a squad that included legendary Tennessee coach Pat Summitt. Thomas, who has two brothers, played college hoops at the University of Mobile (Ala.), then joined a local men’s league. But she said after three years she got the boot because she was female. At the time, her older brother was officiating high school football and convinced her to attend a meeting with him. But there was a warning.

She has said her brother told her: “ ‘Sis, these are a bunch of old men set in their ways. You’re going to get a few strange stares.’ I was like, ‘It’s alright. I can handle it.’ ”

The man in charge asked if she was someone’s wife, then tried to steer her toward officiating women’s hoops. But Thomas, who was also a pharmaceutical rep, dug in her heels and started wearing zebra stripes in 1996, officiating her first varsity game in 1999.

She even continued throughout two pregnancies, working the clock, an off-field, but still accredited position. But around the decade mark, she considered giving it up, according to the podcast.

Austin, who has officiated three Super Bowls, first heard the name Sarah Thomas from another former NFL official, Joe Haynes, who was working as a scout.

Haynes responded, “His name is Sarah.”

On Haynes’ recommendation, Austin hired Thomas after a 45-minute conversation. But he also wanted to see Thomas on the field, so he got her into a camp in Reno, Nev.

“I saw her work that camp. Of the 18 people at her position, I had her in the top three. She had what I call, CFS: common football sense. You can’t teach that. She just needed some college experience,” said Austin, who has remained a mentor.

She got just that in 2007 when Austin assigned her to a Jacksonville State-Memphis game, making her the first woman to work a major college football game. But Thomas, who now works in marketing at 360 Total Rehab in Mississippi, balked when Austin gave her some beauty advice.

“I remember him telling me that I was going to have to put my hair up under the hat and then wear little or no makeup, and I told Gerald he was crossing the line with the makeup,” she said with a laugh. Though she understood he wanted her to fly under the radar, so she’d tuck her hair into a fitted hat. (Now she wears a snapback hat with her ponytail pulled through).

Her colleague, Lee Catherine Collins, said that was emblematic of Thomas — whom she describes as “hilarious, capable and down to earth.”

“I have never seen her without makeup on,” Collins told The Post. “She is definitely the perfect mix of very girly and tough. You can tell she was raised with boys. She can take someone down and then talk about eyelash extensions.”

She also proved her toughness in 2016 when she broke her wrist during a Vikings-Packers matchup and returned to finish out the game.

“I’ve seen other officials challenge her once or twice, and she is very competitive,” Austin said. “She is one of the guys, and I think that’s an appropriate way to describe her.”

Overall, there’s an overwhelming sense of pride for Austin and for her colleagues. Collins said the company made a tribute video to air during the local broadcast of the big game.

“She will probably die if she knew I was saying this, but she is an inspiration to girls. She works hard, and we need to celebrate the whole person,” Collins said.

Thomas told the NFL Network that the assignment was “meaningful.”

“I never set out to be the first in any of this,” she said. “But knowing the impact that I am having on not just my daughter, but young girls everywhere, women everywhere, when I get on that field and I take it all in, I know that I’m probably going to get a little teary eyed.”

nypost.com - 4 months ago
PEBBLE BEACH, Calif. — One swing put Jordan Spieth closer than ever to ending a long and mystifying slump, and served as a reminder that he still has a long road ahead at the AT&T Pebble Beach Pro-Am. Two shots behind with three holes to play Saturday,
Read More

nypost.com - 9 months ago
"The Craft: Legacy," the forthcoming sequel of the cult-favorite 1996 film "The Craft," will be available on-demand.
Read More

nypost.com - 2 weeks ago
The 65-year-old worker followed a duo who stole beer outside, leading to a dispute over payment, cops said.
Read More

nypost.com - 6 months ago
One person was killed and two others injured during a shooting at a hotel in Queens on Friday morning, sources said. The shooting took place at the Umbrella Hotel in Kew Gardens at around 1 a.m., according to police sources. Three males were stuck by
Read More
More News & Articles