Sen. Bernie Sanders on Sunday said a "room full of lawyers" is working to make the case that raising the minimum wage to $15 squares with Senate rules that threaten its inclusion in President Joe Biden's $1.9 trillion relief package.
Author:
Published: 2021-02-07 01:58 pm 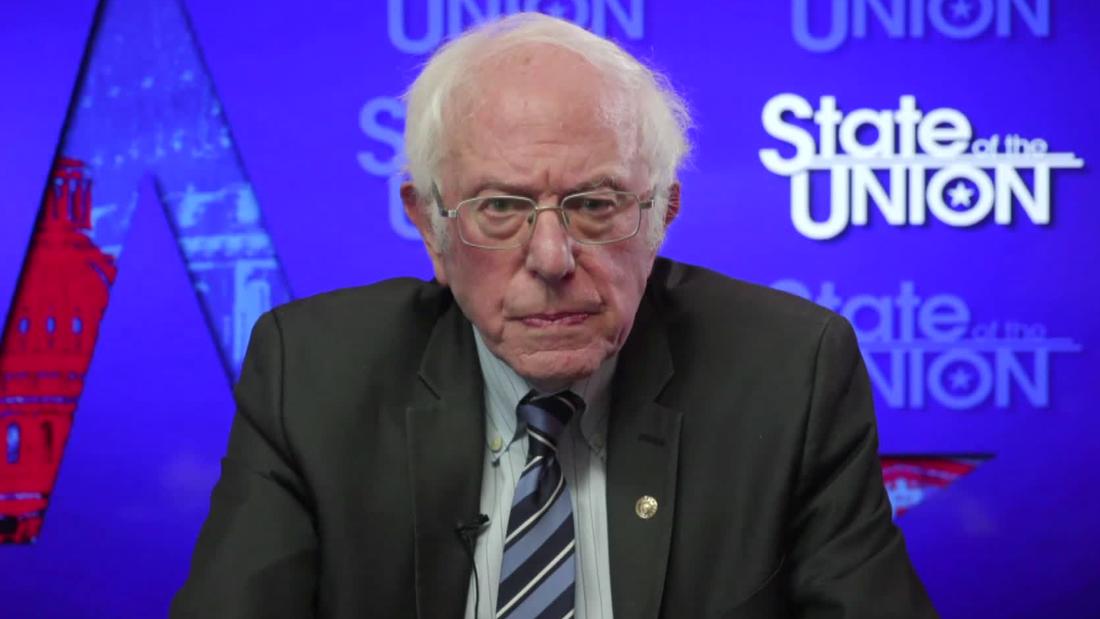 Washington (CNN)Sen. Bernie Sanders on Sunday said a "room full of lawyers" is working to make the case that raising the minimum wage to $15 squares with Senate rules that threaten its inclusion in President Joe Biden's $1.9 trillion relief package.

The comments come as Biden has cast doubt on the possibility of the wage increase being in the final bill, telling CBS in an interview that aired Friday that he doesn't think "it's going to survive."

Democrats are considering using a procedural shortcut known as budget reconciliation to pass the massive piece of legislation through Congress in the face of Republican opposition. While the minimum wage increase was included in Biden's proposal, questions have swirled in recent days around whether it would be possible for lawmakers to use reconciliation to pass the package with it included. The procedural move is intended for bills concerning spending, taxes and debt.

"I can tell you as chairman of the (Senate Budget Committee), we have a room full of lawyers working as hard as we can to make the case to the parliamentarian that, in fact, raising the minimum wage will have significant budget implications and, in fact, should be consistent with reconciliation rules," Sanders, a Vermont independent who caucuses with Democrats, told CNN's Jake Tapper on "State of the Union."

Cedric Richmond, a senior adviser to Biden, told MSNBC on Sunday that the administration still supports a $15 dollar minimum wage and that it backs Sanders' efforts to keep that in the President's plan.

Richmond said Biden's comment on the increase not surviving "was merely his prediction of what he thought the Senate would do," adding: "Sanders has assembled a team to make a very compelling argument that it should stay in the bill under the Senate rules."

Sanders also emphasized the importance of passing a Covid relief package as soon as possible, while not backing down on Democratic priorities, including the federal minimum wage hike and a higher income threshold for individuals receiving stimulus checks.

The Vermont senator would not say whether he thinks Vice President Kamala Harris should overrule the parliamentarian in her role as President of the Senate to help push through legislation including the minimum wage provision, as he had previously advocated for during his presidential campaign.

"Before we get to what the vice president is going to do, I've got to get through the parliamentarian and then I've got to get 50 votes in support of raising that minimum wage to $15 an hour. I am working as hard as I can to make that happen," he said.

Pressed by Tapper on whether he would be willing to decrease the dollar amount of the hike in order to ensure he has all the Democratic votes he needs, including that of Sen. Joe Manchin, a moderate member of the party from West Virginia, Sanders noted that he does not think a $15 federal minimum wage is a "radical idea." He added that he believes "at the end of the day" Democrats understand the provision needs to pass.

Sanders also doubled down on his belief that Democrats should not lower the eligibility threshold for direct payments to the level that Republicans want. He said he agrees with the lawmakers saying they don't want wealthy individuals to receive the proposed $1,400 payments, saying "what we need to do is have a strong cliff so it doesn't kind of spill over to people making $300,000."

However, he called the desire by some to set the threshold for payments at individuals making $50,000 or less "absurd," noting he disagrees with that position for policy-related and political reasons.

Opinion: Barr has brought DOJ to a dark new low

Pueblo's Sunset Inn was a booming family business. Then the pandemic hit

www.cnn.com - 8 months ago
For almost four decades, the Sunset Inn Bar and Grill was a thriving, beloved family-owned business in Pueblo, Colorado, famous for its version of sloppers -- a local dish -- its generosity to the community and its welcoming atmosphere, where everyone was
Read More

www.cnn.com - 8 months ago
The office of Florida Gov. Ron DeSantis confirmed to CNN on Wednesday that a data analyst their office recently hired is the same person who is alleged, in recent reporting from the Miami Herald, to have spread Covid-19 conspiracy theories online.
Read More
More News & Articles