MTA honchos on Wednesday insisted that benches weren’t actually removed from a Manhattan subway station to stop homeless people from sleeping on them — after outcry over the “cruel” move. MTA Chairman Pat Foye was asked in a City Council hearing by Speake
Author: David Meyer, Natalie O'Neill
Published: 2021-02-10 04:15 pm 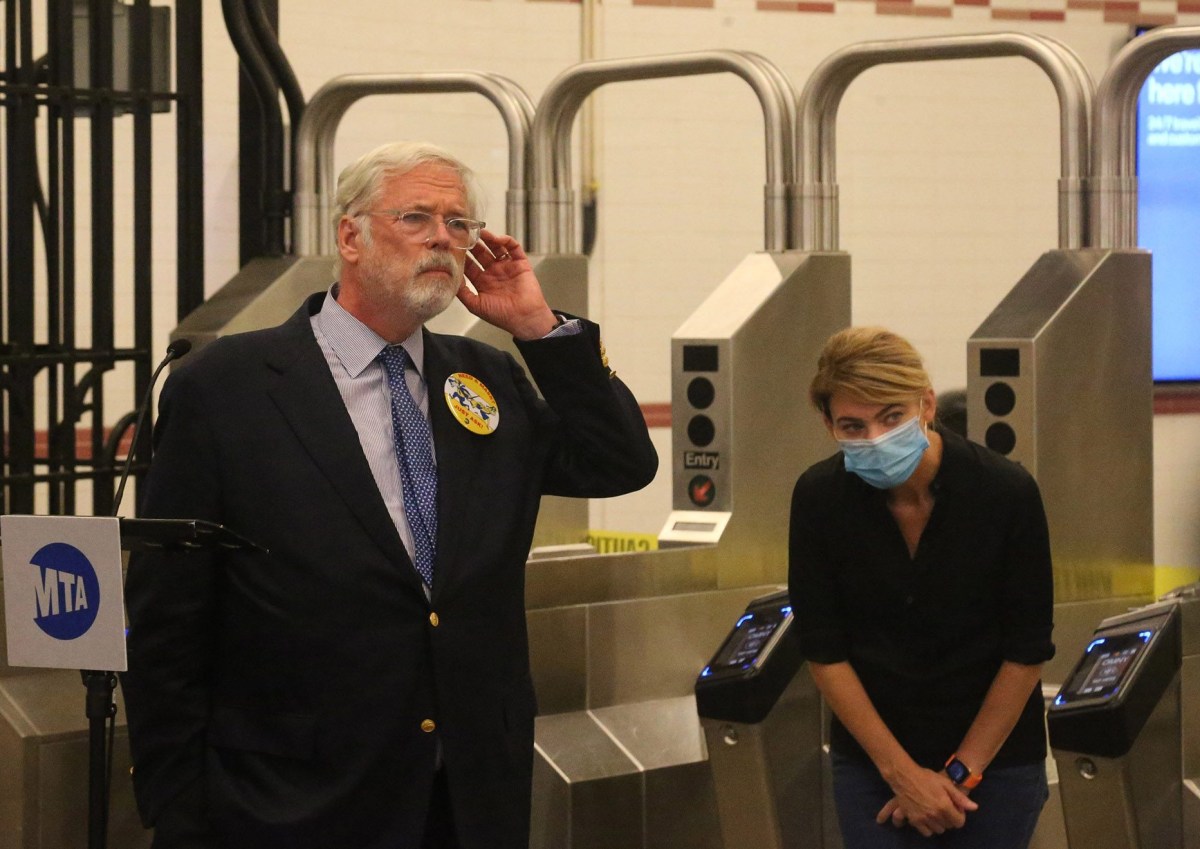 MTA honchos on Wednesday insisted that benches weren’t actually removed from a Manhattan subway station to stop homeless people from sleeping on them — after outcry over the “cruel” move.

MTA Chairman Pat Foye was asked in a City Council hearing by Speaker Corey Johnson (D-Manhattan) if the seats that went missing from the West 23rd Street F/M station last week had been yanked to “prevent homeless people from sleeping on them” — as the MTA had said in a tweet that was met with considerable backlash.

“The short answer to that question is no, that’s not why the benches were removed,” Foye said.

MTA Interim Transit President Sarah Feinberg added that the benches were simply taken out temporarily to be cleaned, and returned this week.

But Feinberg admitted the MTA has removed benches in the past as a “last resort” to fix “encampment issues.”

“We have on occasion removed benches from stations, I think, going back several years at this point. For various reasons, you know — because we’re changing the layout of a station, because it makes sense to remove them and occasionally as a last resort, due to some encampment issues.”

In a since-deleted tweet Friday, the MTA initially said the recent bench removal was part of an effort to discourage vagrants from using them as a spot to nap.

“Benches were removed from stations to prevent the homeless from sleeping on them,” the MTA tweeted after a rider asked why the benches had disappeared.

The explanation quickly racked up negative replies — with some users calling the move “cruel” and “utterly evil” amid a pandemic and bitterly cold temperatures. An MTA spokeswoman later said it was sent mistakenly.

On Wednesday, Johnson said he was concerned about putting “people out in the cold during these difficult times.”

“I want to make sure that we are not being cruel in any way in creating policies that put people out in the cold during these difficult times, with a record number of people in the shelter system, that’s we’re not doing things that are kicking people out in these hard days and hard months, just for the purpose of not having homeless people on the subway,” he said.

“We do not want to be punitive towards homeless individuals who are really, really struggling right now…since there aren’t these holistic solutions in place, instead of doing the hard work involved, it’s easier just to sort of shut the trains down or or kick people off and get them on the streets.”

She added, “If there’s anything we’ve done over the last year, it’s just begged for more help… There absolutely needs to be more resources thrown at mental health, we are absolutely happy to partner.”

Man dies after jumping in front of Manhattan train: cops

nypost.com - 2 months ago
The unidentified man lunged into the path of a northbound A train that was pulling into the 59th Street-Columbus Circle station around 6:10 a.m., authorities said.
Read More

nypost.com - 7 months ago
Right-handed reliever Tommy Kahnle is free to talk to all clubs, after he opted for free agency over an outright assignment by the Yankees on Saturday. What kind of interest the 31-year-old draws remains to be seen, since he isn’t expected to pitch in the
Read More

nypost.com - 2 months ago
HONOLULU — Catastrophic flooding from a stream swollen by heavy rains prompted officials to order evacuations from a town north of Honolulu on Tuesday, just one day after fears of a dam breach resulted in the same on the island of Maui. The Honolulu
Read More
More News & Articles