Double standard alleged in Gina Carano firing from ‘The Mandalorian’ 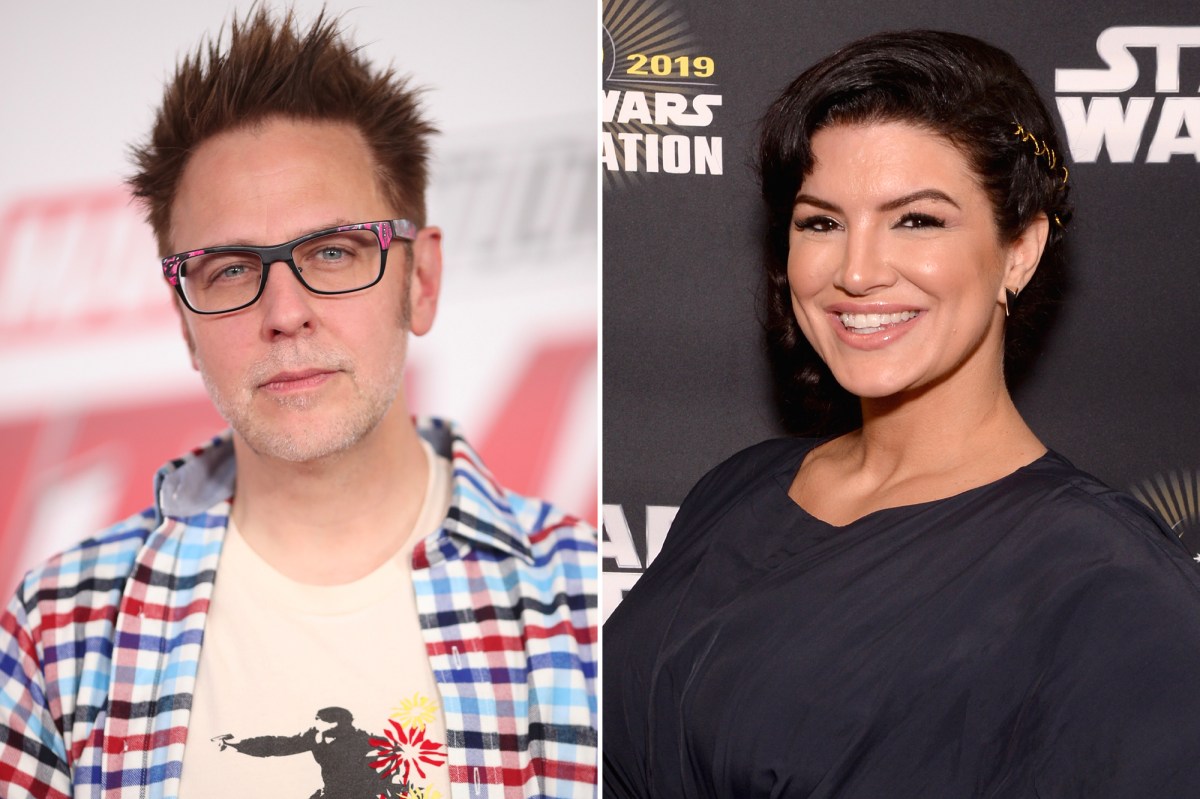 Actress Gina Carano’s ouster from “The Mandalorian” over controversial social media posts sent a great disturbance through the Twitterverse, with users contrasting the move to Disney’s firing and subsequent rehiring of director James Gunn.

Carano — a former MMA fighter who played Cara Dune in the hit Disney+ show — was booted over a post that likened being a conservative in modern America to being a Jew in Nazi Germany.

After directing two “Guardians of the Galaxy” flicks for the media empire’s Marvel Cinematic Universe, Gunn was fired by Disney in 2018 over years-old tweets in which he joked about topics including rape, 9/11 and pedophilia — only to be rehired in 2019 after receiving the support of several Hollywood figures.

Carano’s firing struck some on social media, including prominent conservative figures, as a double standard.

“Disney rehired James Gunn after his tweets about the Holocaust, pedophilia, and rape,” he added in another tweet. “This is who they are[.]”

Conservative podcaster and The Daily Wire founder Ben Shapiro also made the comparison.

“Just a reminder: Disney canned Carano for an overwrought Holocaust comparison. They brought back James Gunn despite these tweets,” he wrote, along with a photo compiling several of Gunn’s controversial posts. “I defended both from cancellation. Would be nice to see Gunn and co. defend Carano.”

Added another, “Disney fired Gina Carano for speaking her mind but James Gunn getting cut a check still… hmmmm[.]”

A third user questioned whether Carano’s now-former colleagues would rush to her defense, as Gunn’s did.

“Speaking of James Gunn being rehired by Disney after firing him for what they call ‘indefensible’ tweets[.] These celebs openly pleaded for his return: Bradley Cooper, Chris Pratt, Zoe Saldana, Vin Diesel and Dave Bautista,” they wrote. “Are there any celebs showing support for Gina Carano?”

AOC feels ‘disrespected’ over Trump’s use of her nickname

nypost.com - 6 months ago
Rep. Alexandria Ocasio-Cortez lashed out against President Trump for repeatedly referring to her as “AOC” during Thursday night’s presidential debate, saying the nickname — which she has promoted since launching her political career — is only reserved for
Read More

nypost.com - 1 month ago
First they came for Seuss. Then, Ook and Gluk. The Cultural Revolution in our midst. It’s a story about two cavemen buddies — one black, one white — traveling through time and space to fight an evil corporation stealing natural resources from their
Read More

nypost.com - 8 months ago
Alex Tanney was a roster survivor in his two years with the Giants, emerging as someone former head coach Pat Shurmur came to know and trust. Shurmur is gone, and so, too, is Tanney. The 32-year old career backup quarterback was one of the Giants cuts on
Read More

nypost.com - 4 months ago
A lawyer for the Trump supporter who smilingly walked off with House Speaker Nancy Pelosi’s lectern during the US Capitol riot assured a court that his client “is not going to be attending the inauguration,” according to a report. Adam Christian Johnson,
Read More
More News & Articles