With topics like grief, mental health and bouncing back, Hillary Clinton’s new podcast could be a retelling of her last four years. The twice-failed Democratic presidential hopeful, whose podcast will be called “You and Me Both with Hillary Clinton,”
Author: Emily Jacobs
Published: 2020-09-22 12:19 pm 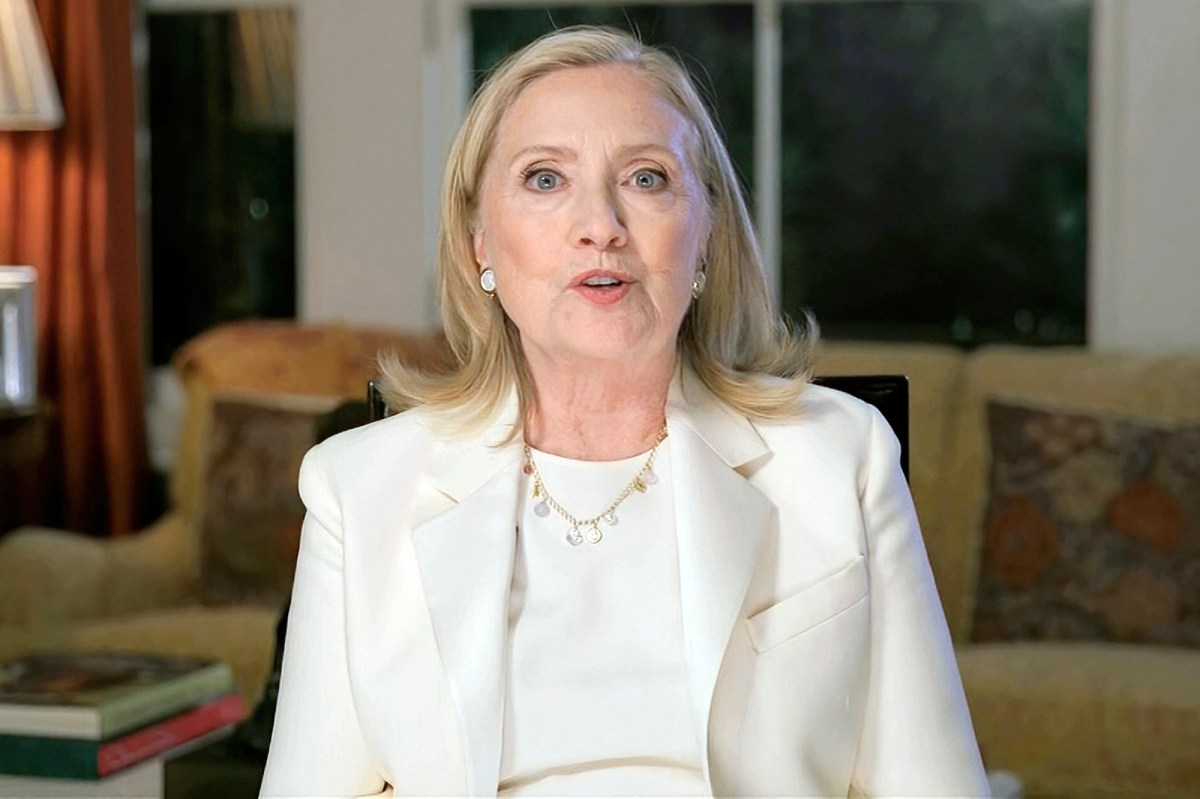 With topics like grief, mental health and bouncing back, Hillary Clinton’s new podcast could be a retelling of her last four years.

The twice-failed Democratic presidential hopeful, whose podcast will be called “You and Me Both with Hillary Clinton,” promises to “tackle big subjects, like faith, leadership and food” on the show when it premieres Tuesday, Sept. 29, she said in a preview posted by series producer iHeartMedia.

“Hi, I’m Hillary Clinton. We’re living through pretty intense times. A pandemic, an economic free-fall, a long overdue reckoning with racism and lots of uncertainty about the future of our democracy. I don’t know about you, but I’m feeling like we need some community,” the former secretary of state said in a preview of the podcast.

Asked in an interview with People how she came up with the title of her new show, Clinton, who lost in 2016 to President Trump, told the magazine that she had recently realized she was saying the catch phrase all the time.

“Over the last few years, when people would talk to me about a concern of theirs or a problem that they faced, I found myself saying, ‘Well, you and me both!'” the 72-year-old former first lady said, “It became a catch phrase to sum up that a lot of us are worried about the same things and going through the same experiences.”

The former secretary of state recorded all 24 episodes of the series from the home she shares with her husband, former President Bill Clinton, in Chappaqua, New York, according to the magazine.

“I’m excited to bring these eye-opening, powerful, sometimes hilarious conversations to the forefront and open up new avenues of discussion with some of the people I find most fascinating. This podcast is a chance to talk about subjects that are too often overlooked and share the inspiration and education I’ve gotten from my guests,” she said in a statement.

Following her devastating loss to then-candidate Donald Trump in 2016, Clinton has admitted to struggling deeply with her emotions.

Speaking to an event for Disney’s Women’s Day on Broadway in March, just before the pandemic struck stateside, she admitted that the theatre helped her at her hardest moments.

“After the catastrophe in November of 2016, my long walks in the woods and glasses of chardonnay got most of the attention [in the press],” she remarked.

“But I also saw a lot of shows, and boy did that help me. No matter what was happening, there was nothing like sinking into a seat, feeling the excitement and the anticipation as the lights went down and being transported out of our crazy world for at least a little while.”

In a September 2019 interview with CBS “Sunday Morning,” she admitted to still grappling with her defeat.

“Personally I’m doing well, and having my grandchildren, and especially a new two-month old grandson has been a gift beyond measure. I feel very blessed. I feel good,” she told the network.

“But I can’t deny that a big part of me cares deeply about what’s happening in the country, and what I fear is the damage that’s being done to our future, the damage being done to our values, our institutions, and try to think of ways that I can help those who are on the front lines of the fight.”

nypost.com - 5 days ago
Tiger Woods has no memory of the accident that left him with a shattered his right leg — and appeared to be unaware of how badly injured he was when the first deputy arrived at the scene, according to reports. “At the hospital he was asked about it by the
Read More

nypost.com - 4 weeks ago
For his 23rd birthday, Libor Hajek is getting another shot to prove himself with the Rangers. The defenseman will make his season debut Thursday against the Capitals as part of a new-look third pairing for a Rangers team that has taken some hits on the
Read More

nypost.com - 3 months ago
A 30-year-old woman was struck by a stray bullet — that blasted through the ceiling of her Brooklyn apartment, cops said Monday. The bullet was fired from an upstairs apartment inside the building on Underhill Avenue in Prospect Heights, near Grand Army
Read More

nypost.com - 3 months ago
Mayor Bill de Blasio sang the praises of the coming coronavirus vaccine during a Sunday church service in The Bronx, saying that he looks forward to the chance to show New Yorkers the shot is safe. Hizzoner gave the endorsement at the New Life Outreach
Read More
More News & Articles