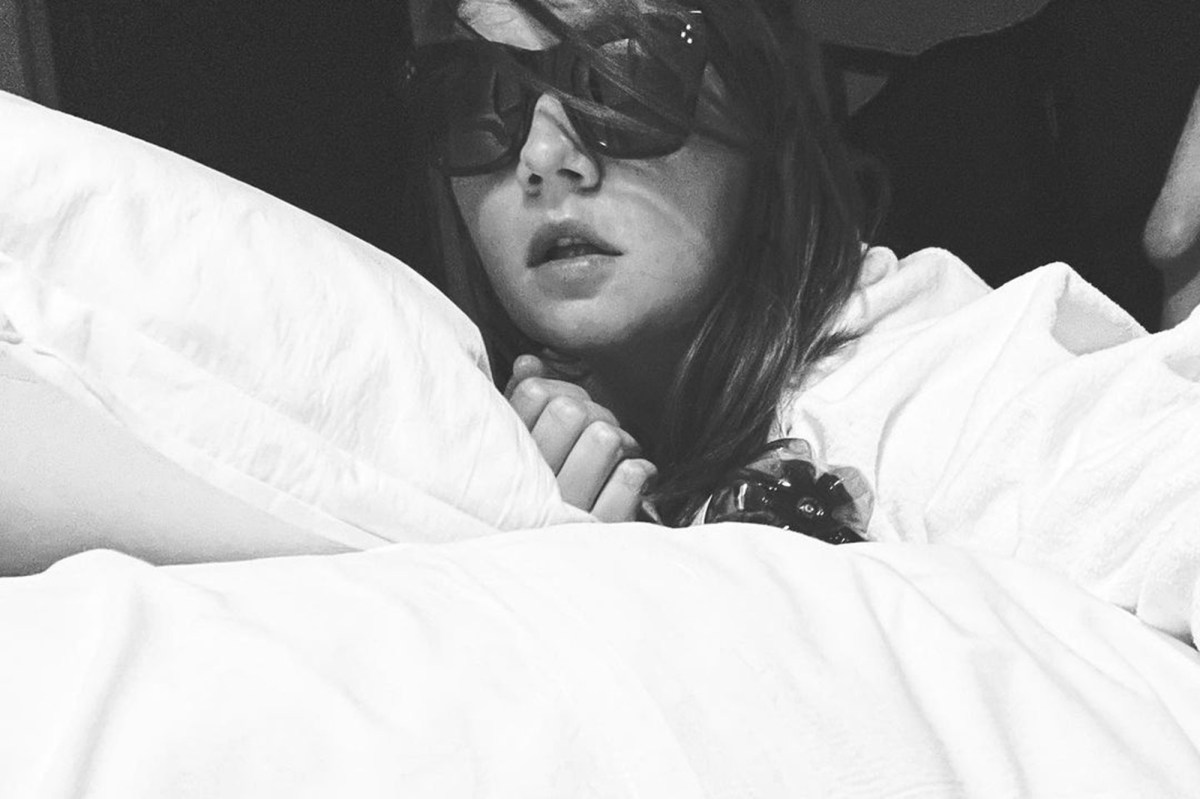 Sure, “fake heriess” Anna Sorokin, a k a Anna Delvey, wasn’t born into extreme wealth or royalty, but she was born for this — life as a fabulously messy con-woman-turned-social-media influencer.

After years spent defrauding businesses and friends to the tune of about $200,000, Sorokin was released from Albion Correction Facility early on Thursday on the basis of good behavior. The femme fatale spent less than two years behind bars out of her full four- to 12-year sentence.

Sorokin, who pretended to be the German heiress to a 60 million euro fortune, wasted no time on her splashy return to social media following her release.

“Prison is so exhausting, you wouldn’t know,” she wrote for her 75,000 followers on Instagram, in a post published around 4 a.m. on Friday morning. With 1,700 “likes” and counting, an image shows Sorokin wrapped in bed, though the wannabe socialite couldn’t be bothered to take off her giant sunglasses.

The post was geo-tagged in Manhattan — possibly the site of a “male friend” where Sorokin told the Board of Parole she’d be staying upon release, though she expects to be deported back to Germany imminently.

A second post on Friday morning featured the notorious scene from “Basic Instinct” which sees Sharon Stone in a skin-tight white mini-dress. The photo included the caption “Pleading the fifth.”

Sorokin’s trial was famously drawn out as the fashionista frequently insisted on postponing proceedings by complaining of the less-than-glamourous garments she was offered to wear during hearings, asking instead for the aid of her stylist.

During the Oct. 6 hearing which would decide her early release, the Soho siren apologized, telling the board she was “really ashamed” of her crimes, which included grifting tens of thousands from those around her, as well as a scheme to score a $22 million loan to launch a Manhattan art club.

Despite her arrest and losing out on millions of unearned dollars, the viral vamp landed a $320,000 deal with Netflix for the rights to her life story — though $200,000 of it has reportedly already gone to restitution.

nypost.com - 1 month ago
As the nation’s racial reckoning following last May’s killing of George Floyd morphed into the summer’s riotous anarchy, the term “systemic racism” emerged as a fixture of our public discourse. What began as a somewhat arcane dialogue about purported
Read More

nypost.com - 7 months ago
Chinese President Xi Jinping shrugged off responsibility for his country’s disastrous handling of the coronavirus, while insisting that a globalized future is inevitable during remarks Tuesday at the United Nations General Assembly. “No case should be
Read More

nypost.com - 4 months ago
Four auto body shops in Westchester and one in the Bronx are accused of operating an insurance fraud scheme that involved intentionally damaging cars with sledgehammers to increase their billing amount. Nine people arrested in the probe — dubbed Operation
Read More

nypost.com - 6 months ago
The first day of confirmation hearings for the nomination of Amy Coney Barrett to the Supreme Court are underway before the Senate Judiciary Committee. Barrett, who was nominated late last month to fill the seat of the late Supreme Court Justice Ruth Bade
Read More
More News & Articles