3 hurt in explosion at office building in Germany

Police say three people have been hurt in an explosion at an office building in southwestern Germany
Author:
Published: 2021-02-17 12:28 pm 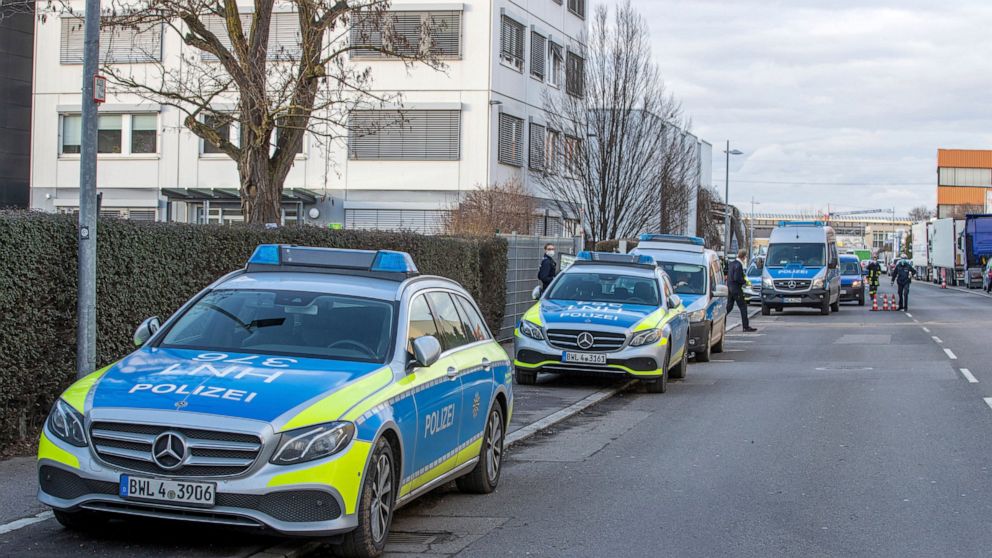 BERLIN -- Three people were hurt on Wednesday in an explosion at an office building in southwestern Germany, police said.

The explosion happened in the afternoon on an industrial estate in the town of Neckarsulm, German news agency dpa reported.

The news agency cited an unidentified security source as saying the blast happened at a building belonging to supermarket chain Lidl, which has its headquarters in Neckarsulm, and it was unclear whether it was caused by a letter bomb.

abcnews.go.com - 5 months ago
The Ohio Supreme Court has rejected a request by news media groups seeking school records of the man who gunned down nine people in Dayton last year before being killed by police
Read More

abcnews.go.com - 4 months ago
The number of felony drug convictions involving a disgraced former Chicago police sergeant to be overturned has reached the 100 mark
Read More

US deaths in 2020 top 3 million, by far most ever counted

abcnews.go.com - 4 months ago
This is the deadliest year in U.S. history, with deaths topping 3 million for the first time
Read More
More News & Articles