With anxiety and depression on the rise during the pandemic, it has been challenging for people to get the help they need.
Author: Christina Caron
Published: 2021-02-17 05:26 pm 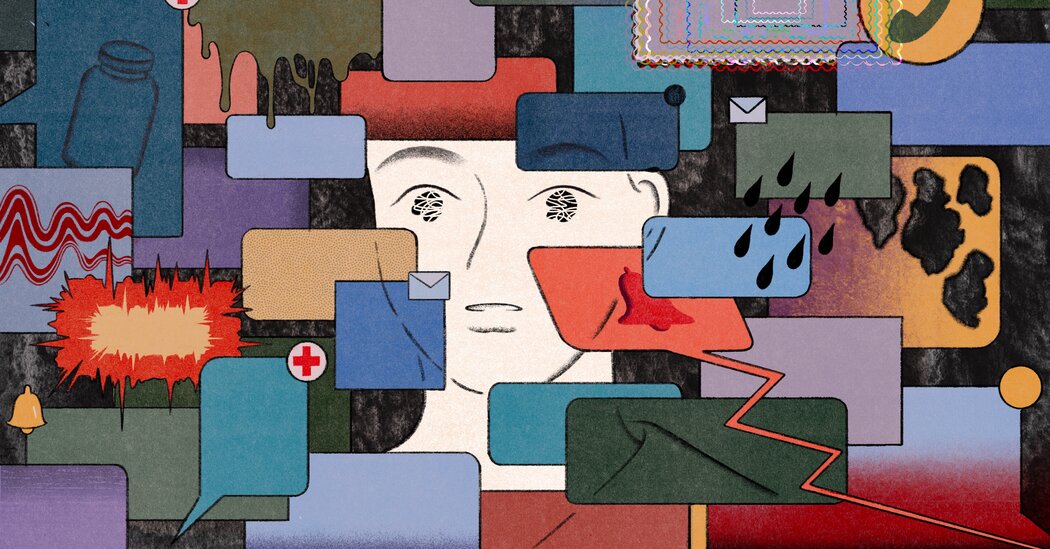 After Jessica W. was laid off from her job as an executive assistant in November, she began backsliding into the eating disorder that she thought she had overcome.

“I started to not want to eat again,” Jessica, 33, said. “Those thoughts and behaviors — they’re just debilitating and they drain you. It becomes a constant battle with yourself.”

Jessica, whose last name has been withheld to protect her privacy as she searches for a new job, was also struggling with anxiety and depression. So she went online and started searching for mental health providers in Connecticut, where she lives. One of the therapists she called wasn’t accepting new patients. Two of them told Jessica that they didn’t have the right skill sets to help her. Others simply didn’t respond.

“It’s emotionally draining to tell your story,” she said. “You have to be resilient.”

Since the first coronavirus case was confirmed in the United States more than a year ago, the number of people in need of mental health services has surged. But many say that they are languishing on waiting lists, making call after call only to be turned away, with affordable options tough to find. Providers, who have long been in short supply, are stretched thin.

“Never at any time in my practice have I had a five-person waiting list,” said Brooke Huminski, a psychotherapist and licensed independent clinical social worker in Providence, R.I., who specializes in treating people with eating disorders.

Dr. Gregory Scott Brown, the director of an outpatient psychiatry clinic in Austin, Texas, said he recently had to hire an additional nurse practitioner to help care for more patients. “I’m busier than ever and just don’t have room,” he said. “I’m full.”

But according to Vaile Wright, the senior director of health care innovation at the A.P.A., this might not capture the full extent of the demand for mental health practitioners because the survey did not ask the therapists whether they had to turn away clients because they were already booked.

“There’s always been more demand for services than there are mental health providers to provide them,” Dr. Wright said. “I think what the pandemic has done is really laid bare that discrepancy.”

Online therapy platforms have seen a rise in demand during the pandemic as well. Mindy Heintskill, the chief growth officer of MDLive, a telehealth provider with more than 62 million members in the United States, said their online therapy and psychiatric care services increased fivefold in 2020 compared with 2019. Nearly half of these patients cited stress and anxiety as the main reasons for scheduling their visits, Ms. Heintskill added.

In August, the Centers for Disease Control and Prevention published a report which concluded that in late June, 40 percent of adults in the United States had been struggling with mental health or substance abuse issues, and rates of depression and anxiety had risen since 2019. In addition, a study of almost 190 million emergency department visits found that visit rates for mental health conditions, suicide attempts, drug overdoses and child abuse and neglect were higher in mid-March through October 2020, than the same period in 2019.

While companies that provide online counseling or psychiatric services like MDLive, Talkspace and BetterHelp have helped to improve access for some, mental health experts have said that these outlets cannot alone address the chronic inequities and provider shortages that were already plaguing the country.

A 2018 study published in the American Journal of Preventive Medicine found that there was an unequal distribution of psychiatrists, psychologists and psychiatric nurse practitioners across the United States, with more pronounced deficiencies in non-metropolitian counties.

Ms. Huminski, the psychotherapist in Rhode Island, has tried to accommodate more patients by scheduling people at odd times, but that hasn’t been enough, she said. She can no longer take new clients, in part because her current ones are seeking more sessions than they have in the past. She would offer to make referrals, she added, but “nobody has openings right now.”

Even Ms. Huminski’s local hospital, which has an intensive therapy day program where she sometimes refers patients, is fuller than usual. In the past, she said, it would usually take up to four weeks to get in. Now, she added, it’s around four months.

Jennifer Kittler, a clinical psychologist who is also based in Providence, said that she, too, has had almost no availability for new clients over the past 10 months. As her case loads have increased, she’s taking steps to prevent burnout.

“In my case, it has led to my being less willing to extend my hours or schedule — in an effort to prioritize family time and self-care,” said Dr. Kittler, who is working from home while her 12-year-old learns remotely for at least half of the week.

Finding the right team can be even more difficult for patients who require both a psychiatrist and a therapist.

“Every single person I see needs therapy right now,” said Dr. Jessi Gold, a psychiatrist based in St. Louis, Mo., who mostly sees college students and health care workers. “They come back and say, ‘I’ve called 20 people and I don’t know what to do.’”

Bailey, 27, a medical student in New York who did not want to use her last name for privacy reasons, said that last fall she started searching for both a therapist and a psychiatrist who took Medicaid and was “striking out all over the place.”

In November, she spoke to therapists from the Telemedicine platforms BetterHelp and Happier Living, but the cost per session was too much for Bailey to afford long-term. Earlier, she had tried speaking with the therapist at her medical school, but “our personalities just didn’t click,” Bailey said.

She’s currently on several wait lists and is receiving psychiatric prescriptions from her primary care provider.

As for Jessica, who had been searching for a therapist and a psychiatrist in Connecticut, after two weeks of intensive research she finally located an in-network therapist, and recently started seeing an out-of-network psychiatrist.

In many ways, Jessica was more fortunate than most. She still had insurance through her husband’s employer. And she was already well versed in the process of finding mental health providers.

“I have my insurance card ID memorized,” she said. “Like, that’s not normal.”

If you need to see a mental health provider but can’t find one that is taking new patients, don’t just say ‘OK’ and hang up after calling them, Dr. Brown said.

“Ask if they happen to know someone who may be accepting new patients,” he said. “Usually, if I’m not able to help, I can surely point a potential patient in the right direction to a colleague who can.”

If that leads to a dead end, you might try asking a primary care provider for referrals or treatment.

“Some of them do have enough basic training in mental health to be able to help a little bit,” said Dr. Amy Alexander, a psychiatrist who sees students at Stanford University. “Some are even comfortable starting medications for mild to moderate mental health problems.”

If you still can’t find help, try calling local colleges or universities and ask to see a clinician in training. Large academic institutions with outpatient psychiatry departments might also have appointments or provide referrals. Consider also expanding your search to other types of experts. If you were hoping to see a psychologist, a licensed clinical social worker might be a comparable option. Or if you were planning to see an individual provider, think about group therapy options.

Psychology Today maintains a large list of providers that you can filter by location, type of insurance covered, specialty or other criteria. The federal government also has a website where you can search for facilities that treat substance use disorders, addiction and mental illness.

If you’re looking for support groups, check out the resources at the National Alliance on Mental Illness, the National Eating Disorders Association, Alcoholics Anonymous or the Depression and Bipolar Support Alliance.

For those with insurance, an in-network provider will typically be the most affordable option. But if you can’t find someone, check if your plan has out-of-network benefits to help broaden your choice. Online therapy services may also be worth exploring since they can help you speak with someone quickly and in some cases, may reduce out-of-pocket costs.

If you are uninsured, search for providers who offer low- or no-cost options. You may find some who charge fees based on a sliding scale, or interns or postdoctoral fellows at private group practices who may see clients at lower fees, Dr. Kittler said. And government-funded community-based health care centers provide care to patients regardless of ability to pay.

If you have a job, check whether your employer offers certain benefits, like a flexible spending or a health savings account, which allow you to use pretax money for certain medical expenses.

Finally, if you are having serious symptoms that need to be addressed quickly, go to your local emergency room. The doctors there are trained to address mental health crises, Dr. Alexander said.

If you are having thoughts of suicide, call the National Suicide Prevention Lifeline at 1-800-273-8255 (TALK).

Beware of this misinformation from ‘Stop the Steal’ rallies this weekend.

www.nytimes.com - 6 months ago
Events are being planned in many U.S. cities on Saturday by groups that are spreading false claims about voter fraud.
Read More

www.nytimes.com - 6 months ago
After chafing against their isolation for so long, Australians these days are finding island life a privilege when pestilence lies beyond.
Read More