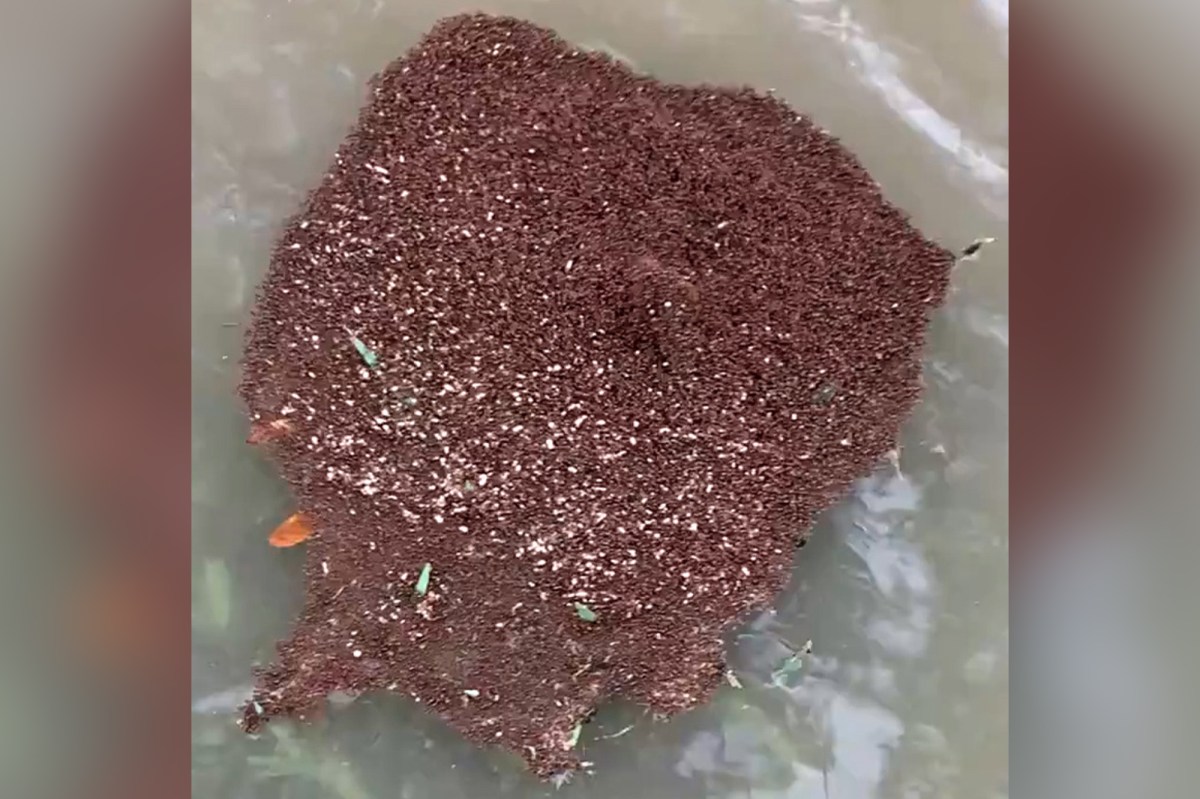 The frightening footage posted Tuesday by officials in League City southeast of Houston shows a mammoth mound of insects that appeared to be fire ants floating together in floodwater at a city park.

“This is one of the reasons why you should avoid walking through flood water,” the tweet read. “Floating ant piles – like this one found at Countryside Park – can form and be very dangerous.”

Beta, which made landfall late Monday near Port O’Connor, Texas, weakened to a tropical depression Tuesday as it dumped up to 14 inches of rain in parts of greater Houston. One region in Brazoria County south of Houston saw nearly 18 inches of precipitation since Sunday, according to the National Hurricane Center.

The storm, which forced forecasters to use the Greek alphabet for just the second time since the 1950s because it ran out of names in the busy hurricane season, was expected to move inland along the coast over Texas through Wednesday.

It isn’t the first time Texans have seen fire ants banding together to survive flooding, KTRK reports. The insects, also known as red ants, were spotted by some Houston residents during Hurricane Harvey in 2017.

The ants first came to the US from Argentina during the 1930s — likely as cargo stowaways — and quickly spread to Florida, Louisiana, Florida, Texas and later California, Science reported in 2011.

The ants, which can build rafts consisting of up to 500,000 insects, sting up to 5 million people per year and send 25,000 to the hospital, Smithsonian Magazine reported in 2017.

nypost.com - 4 months ago
The NYPD released photos of the four men wanted in connection with Thursday's vicious beating of a Jewish man near Times Square.
Read More

nypost.com - 10 months ago
New York s stores were spotted Monday dismantling the sea of protective plywood that had been erected over fears of a violent post-election backlash.
Read More

nypost.com - 2 months ago
A father, his two young daughters and another relative were killed in a car wreck on Saturday night, a report said.
Read More

nypost.com - 11 months ago
Let’s hope they don’t continue to have a rocky relationship! An Arizona couple decided to take a road trip through Colorado on their honeymoon to avoid COVID-19 complications, but almost ended up being squashed by falling rocks. Jason and Rebecca Backman
Read More
More News & Articles