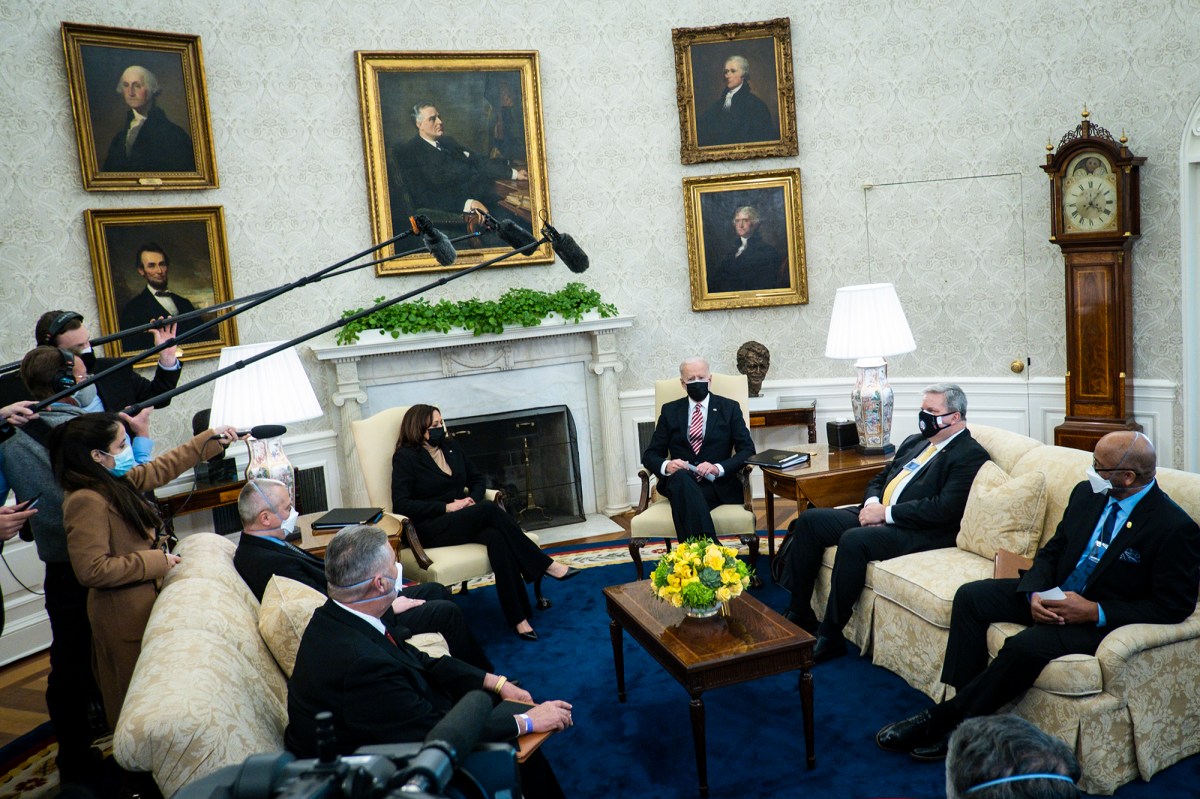 Democrats formally unveiled their $1.9 trillion coronavirus rescue package in the House — and the big-spending measure was swiftly panned by GOPers as a bloated “liberal wish list.”

The 591 page bill unveiled Friday night includes $1,400 direct checks to eligible Americans making less than $75,000 a year, extensions for $400 in federal unemployment benefits and the long sought Democratic priority of a federal minimum wage increase to $15.00.

The Senate is expected to weigh the package in the next two weeks. Democrats aim to pass the goliath spending bill through a procedural process known as “budget reconciliation,” allowing them to sidestep GOP dissent and pass the package with a simple majority vote.

In 2017, Republicans under Trump used the same move to pass a $1.5 trillion tax cut. Most if not all Republicans in both houses of Congress likely to oppose the measure, with many already accusing it of being a pork fest.

“It’s clear Democrats have no interest in approaching COVID relief in a timely and targeted fashion and are instead using the reconciliation process to jam through their liberal wish list agenda,” House GOP whip Rep. Steve Scalise said in an email to colleagues urging them to oppose the bill.

“Less than 1% of the COVID relief bill will actually go to vaccine development and distribution. When a top priority accounts for such a small part of the overall spending, it just shows how massive (and unnecessarily bloated) this spending bill is,” Freshman Staten Island Republican Nicole Malliotakis said in a tweet blasting the bill Saturday.

Many Republicans, such as Sen. Lindsey Graham and 134 Republican members of the House voted in favor of $2,000 direct checks, at President Trump’s urging.

“It’s partly partisan. Joe Biden is president and now they can be fiscal hawks but also there are bad parts of this bill like the $15 minimum wage will hurt lower income people and will cause jobs to mechanize, like we have seen in the fast food industry,” GOP consultant Ryan Girdusky told The Post.

nypost.com - 1 year ago
The Mets have lost another pitcher to the Angels.
Read More

4 dead, including constable, in shooting at Arizona apartment complex

nypost.com - 5 months ago
Four people, including a constable, were killed in a shooting at an Arizona apartment complex Thursday that began over an eviction dispute, according to local reports.
Read More

nypost.com - 5 months ago
The lawyers representing the nine victims' families that are part of the claim hope to reach a settlement in the coming weeks.
Read More
More News & Articles