Potentially toxic carbon- and metal-rich air pollution particles from street traffic have been found in the placentas of pregnant women for the first time, according to new research. The study, recently published in the journal Science of The Total
Author: Natalie Musumeci
Published: 2020-09-23 01:38 pm 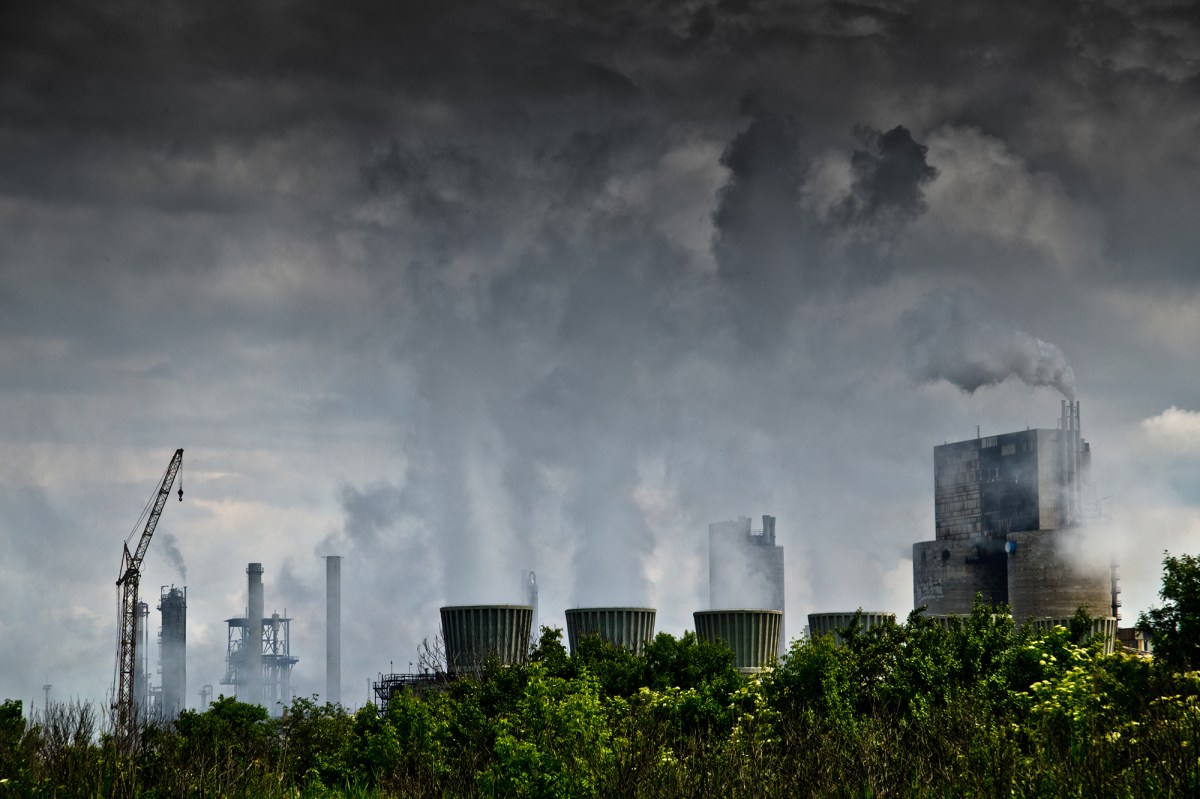 Potentially toxic carbon- and metal-rich air pollution particles from street traffic have been found in the placentas of pregnant women for the first time, according to new research.

The study, recently published in the journal Science of The Total Environment, shows that inhaled nanoparticles from air pollution can travel in the bloodstream from the lungs to other organs such as the brain and heart — and can even end up in the placenta.

The fetus, according to the study, “appears to be a target for such particles.”

“Our study for the first time shows that inhaled carbon particulate matter air pollution, travels in the bloodstream, and is taken up by important cells in the placenta,” said the study’s lead author, Jonathan Grigg, a professor from the Queen Mary University of London.

Another member of the research team, Barbara Maher, a professor at England’s Lancaster University, said it is very likely the inhaled particles could impact a fetus.

“It’s highly unlikely that such particles, having gained access to the placenta, wouldn’t affect the fetus,” Maher said. “It’s essential that exposure to particulate air pollution — especially to ultrafine pollution particles like these — is reduced, and urgently.”

The researchers say further research is needed to understand the direct effect that pollution particles may have on the developing fetus, however, they also noted that the link between maternal exposure to polluted air and problems with the fetus, including low birth weight, is already established.

For the study, researchers examined donated placentas from 15 healthy women following the birth of their children at The Royal London Hospital.

Pollution exposure was determined in 13 of the women, all of whom had exposure above the annual mean World Health Organization limit for particulate matter, researchers said.

Researchers analyzed the cells in the placentas using a range of techniques including light and electron microscopy and X-rays.

Black particles that closely resembled particulate matter from pollution were found in placental cells from all fifteen women, researchers said.

The majority of the particles discovered were carbon-based, but also found were trace amounts of metals including silicon, phosphorus, calcium, iron and chromium, and more rarely, titanium, cobalt, zinc and cerium.

Many of those metals are associated with fossil fuel combustion.

“We have thought for a while that maternal inhalation could potentially result in pollution particles traveling to the placenta once inhaled,” another researcher, Dr. Lisa Miyashita, said.

“However, there are many defense mechanisms in the lung that prevent foreign particles from traveling elsewhere, so it was surprising to identify these particles in the placental cells from all 15 of our participants.”

Grigg said he hopes “this information will encourage policymakers to reduce road traffic emissions” in the UK.

Jets have some competition in Trevor Lawrence sweepstakes

nypost.com - 7 months ago
Parity in the NFL is an outdated sentiment. There’s a football-field-sized gap between the handful of Super Bowl contenders and the pack of teams competing for the No. 1 pick in the 2021 draft. Ten teams — nearly one-third of the league — have one win or
Read More

nypost.com - 3 months ago
A 23-year-old man was slashed in the hand and forehead at a Brooklyn subway station late Wednesday — the latest episode in a recent rash of transit violence. Police said the victim was at the 59th Street R line station around 7:30 p.m. when he tried to
Read More

nypost.com - 7 months ago
Home team in CAPS: Browns (+3.5) over STEELERS: Ben Roethlisberger has dominated Cleveland this century, and the visitors haven’t won in Pittsburgh since 2003 — but don’t be surprised if the Browns are finally ready for better. The Dawgs fell to the Raven
Read More

nypost.com - 1 week ago
Sen. Tim Scott will lay out the GOP’s case against President Biden’s agenda following the commander-in-chief’s first joint address to Congress on Wednesday, with the South Carolina Republican expected to touch on the economic growth seen under Republicans
Read More
More News & Articles