Crooks are making good use of the Big Apple’s empty storefronts — breaking through walls to get into businesses that are still up and running next door, a review by The Post has found. With nearly half of small businesses closed citywide due to the
Author: Carl Campanile, Tina Moore, Jorge Fitz-Gibbon
Published: 2021-02-22 06:54 pm 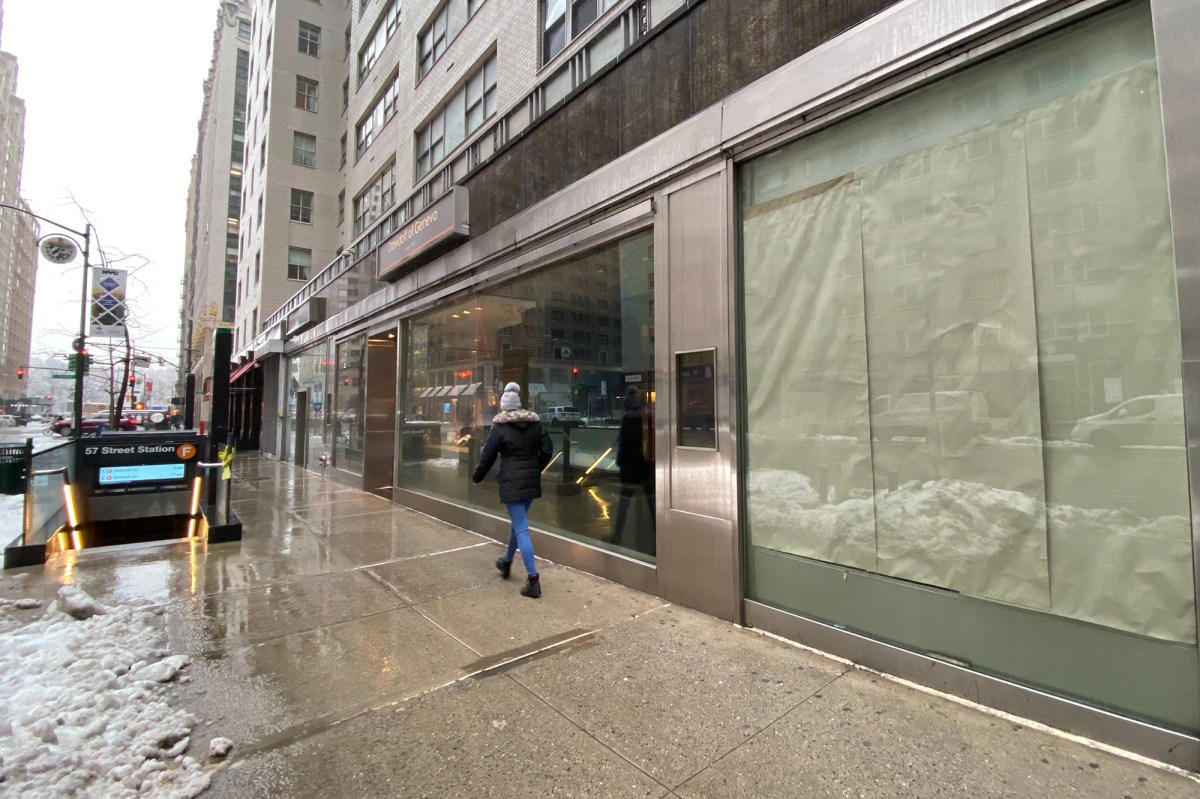 Crooks are making good use of the Big Apple’s empty storefronts — breaking through walls to get into businesses that are still up and running next door, a review by The Post has found.

With nearly half of small businesses closed citywide due to the coronavirus pandemic and the resulting economic downturn, crafty crooks are taking advantage by using shuttered shops to hit open stores after hours.

One small business owner in Queens called it “a perfect storm for any burglar.”

“I don’t leave money in the store anymore,” Sabri Dani, owner of Dani’s Pizza in Kew Gardens, said Monday. “I’m scared someone is going to break in.”

Just hours earlier, brazen thieves busted into the Davidoff of Geneva cigar shop in Midtown, making off with nearly $60,000 in pricey stogies after breaking in from the empty store next door, according to police.

But the Sixth Avenue retailer hasn’t been the only target.

On Feb. 9, a crook threw a brick through the front door of a store up for leasing on Staten Island and broke into the Dominican Food store next door on Forest Avenue, a worker there confirmed on Monday.

Two days earlier, thieves made off with nearly $10,000 from a Metro PCS store on Knickerbocker Avenue in Brooklyn, getting inside by breaking through a hole in the wall of “an abandoned establishment” next door, police said.

On Jan. 16, burglars broke into AK Studios on Kings Highway in Brooklyn and stole “a quantity” of wigs and hair products after getting in from the empty building next door.

Thieves got into Broadway Deli & Grill in the Bronx on Dec. 23 by breaking through a basement wall from next door, police said.

Burglars also hit Philomena’s Pizzeria in Queens in October by climbing on the roof and breaking in through a kitchen wall, making off with $180, cops said.

“It’s a lot easier right now because the adjacent company doesn’t have an alarm,” the source said. “Burglars know that… It’s a very easy crime.”

In addition, many stores that are still operating are closing earlier during the pandemic, giving burglars more time to stake out businesses, Dani of Dani’s Pizza noted.

“That’s one of the reasons we don’t want vacancies,” added Phil Andrews, president of the Long Island African-American Chamber of Commerce.

“We have to protect property in the meantime,” Andrews said. “Burglars steal copper, silver, and metals from stores to take them to scrapyards and make money from them. They’ll steal equipment.”

“Any vacant storeowner shold have an alarm,” he said.

nypost.com - 8 months ago
Though the 2020 Emmys were red carpet-free, there was no shortage of viral fashion moments.
Read More

Rapper Dupree G.O.D. will surrender to NYPD after flamethrower stunt

nypost.com - 6 months ago
The flamethrower-wielding rapper who lit up the night sky from the top of a Brooklyn bus will turn himself in Wednesday afternoon, according to his lawyer. Dupree G.O.D. — real name Christopher Dupree — will surrender to police at the 79th Precinct
Read More

Did ‘Selling Sunset’ star get a tiger for security after death threats?

nypost.com - 6 months ago
Walmart is repurposing some of its massive distribution warehouses to help it deliver online orders faster ahead of the holiday shopping season. The nation’s biggest retailer — which is gearing up for another battle against Amazon for holiday web sales —
Read More
More News & Articles