Her assailant was also a victim advocate, she said — a role that supports sexual assault and harassment victims.
Author:
Published: 2021-02-23 06:52 pm 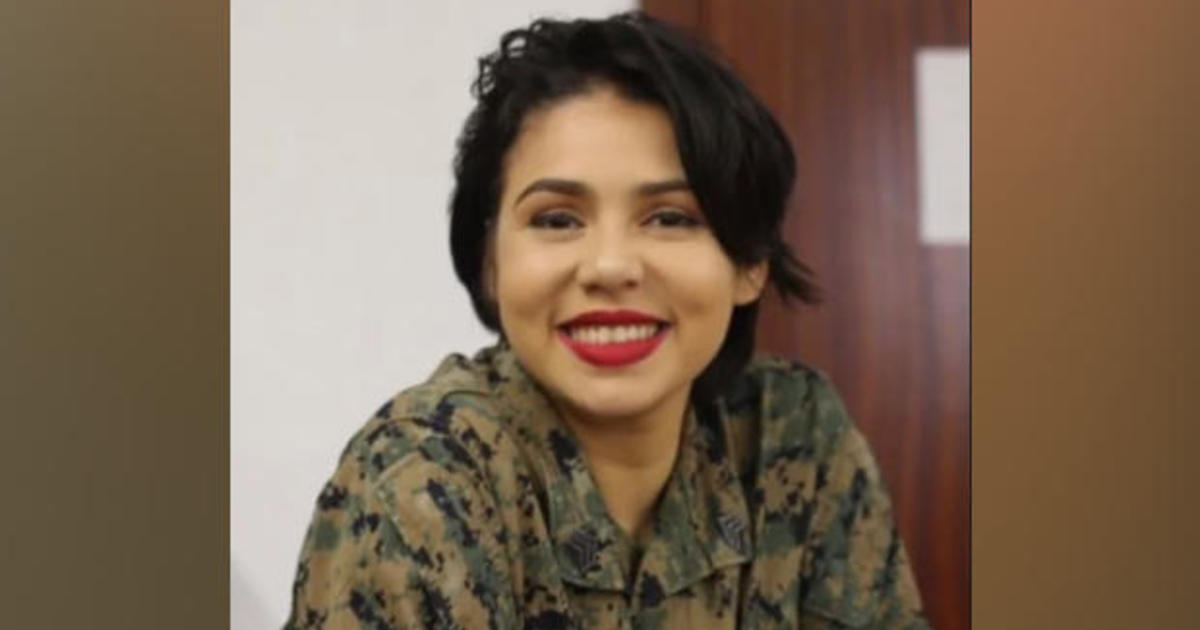 A Marine Corps sergeant who claimed in an emotional TikTok video last week that a fellow service member who she says admitted to sexual misconduct will be allowed to remain in the military disclosed new details about her experience in a statement obtained exclusively by CBS News.

"In October 2019 while deployed, I reported my coworker for sexual misconduct," the Marine, who identified herself only as Dalina, said in the statement. "I had proof and witnesses. That same night my Command confronted this marine and he admitted to what he had done. That next morning that same Marine was still the Platoon Sergeant holding formation while I hid in my room, ashamed of what had happened."

She says her assailant also served as a victim advocate, a position established by the military specifically to support sexual assault and harassment victims.

After testifying at a board hearing to determine whether her alleged assailant would be involuntarily forced out of the Armed Services last December, Dalina said she was told he would be honorably discharged from the Marine Corps. Then last week, she was notified that the commanding general had decided to retain the Marine who she says she got a military protective order against.

In a viral TikTok video posted last Thursday, Dalina said, "This is exactly why ... females in the military f---ing kill themselves."

Responding to the now-deleted TikTok video, the Marine Corps wrote in a statement on Friday, "the Marine in the video is safe and has been afforded the opportunity to meet with senior representatives in her command," and the "current administrative separation process for the accused perpetrator mentioned in the video is ongoing."

For more than a decade, the Pentagon has vowed to eradicate sexual assault from its ranks, yet allegations are on the rise. A recent CBS News investigation into military sexual assault revealed more than 20,000 active-duty members said they were assaulted within the past 12 months, according to the military's most recent survey, and nearly 8,000 official reports of sexual assault were filed in 2019, the most ever recorded. At the same time, the number of cases going to court-martial has been going down. Of 7,825 reports of sexual assault in fiscal year 2019, only 363 cases went to trial.

Nearly two dozen victims of sexual assault from all branches of military service described their experiences to CBS News, saying they were retaliated against for reporting assaults while their perpetrators were either not punished or received only administrative action. In the military's most recent anonymous survey, 64% of women who reported a sexual assault said they experienced retaliation. Dalina said she did as well.

"There is a lot of misinformation you will hear used to discredit me," Dalina wrote. "This is a direct reflection of what happens when service members come forward with their story."

"The military's failure to take seriously the crisis of nonconsensual sex crimes plaguing the force was exposed yet again," said retired Colonel Don Christensen, who served as the former chief prosecutor of the United States Air Force and is now president of the nonprofit group Protect Our Defenders. "Like too many survivors, she witnessed her boss come to the defense of the offender. Rather than support her, they retaliated against her."

Following the CBS News investigation, the White House and the Pentagon promised action. President Joe Biden ordered a 90-day commission to pursue solutions to sexual assault in the military and Defense Secretary Lloyd Austin requested a review of plans and practices relating to the handling of sexual assault from the leaders of each military branch. The results of those efforts, which could include guidance on whether to remove commanders' authority over sexual assault and harassment cases, have not been released but more detail about the 90-day commission is expected by the end of the week.

"I have experienced Military Sexual Trauma throughout my entire time in service," Dalina wrote. "I have connected with thousands of men and women who have dealt with Military Sexual Trauma and Post Traumatic Stress Syndrome stemming from Sexual Assault and Harassment while serving. I am not a one in a million story."

Dalina announced other service members who have experienced sexual assault or harassment can share their stories on her forum, notyourreality.com.

The Marine Corps says it takes all allegations of prohibited conduct and activities seriously.

www.cbsnews.com - 2 months ago
Calls for President Trump's removal from office are growing after the assault on the U.S. Capitol. CBS News chief congressional correspondent Nancy Cordes joined CBSN with a look at how the situation is unfolding on Capitol Hill.
Read More

www.cbsnews.com - 6 months ago
The largest demonstrations in the history of Belarus have taken place on recent Sundays. Hundreds of thousands are expected this week in the capital city of Minsk to protest the re-election earlier this month of the nation's strongman president after a
Read More

Collapsing passengers and a contentious plan: The COVID flight from hell

www.cbsnews.com - 5 months ago
After passengers on the Costa Luminosa cruise ship fell ill with COVID-19 in March, Americans were flown to Atlanta after reaching Europe. Passengers say what happened next was nothing short of a nightmare.
Read More
More News & Articles